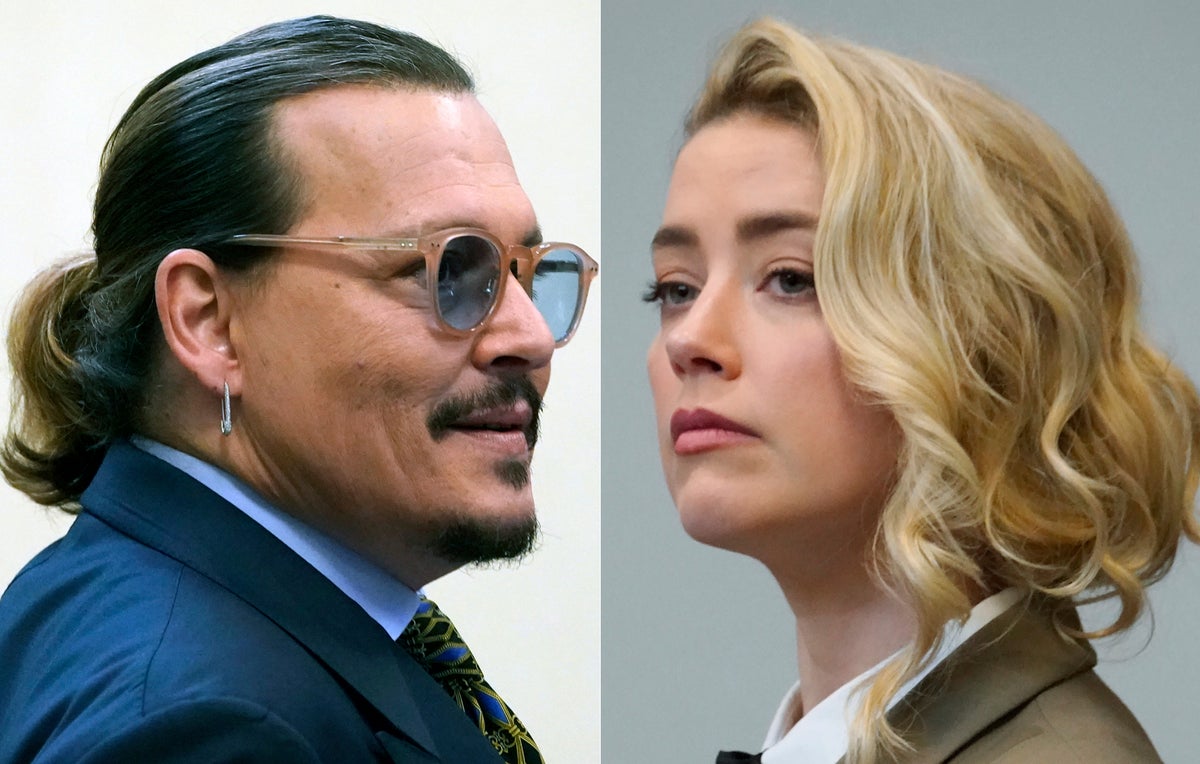 Divorced Hollywood actors Johnny Depp and Amber Heard have reached the end of their acrimonious libel trial in Virginia, which generated headlines around the world for six weeks and had fans following the proceedings closely via TikTok and Instagram and treating the case as if it were a spectator sport, microanalyzing the evidence and rooting for their preferred side.

Depp, 58, is suing Heard, 35, for $50 million over an op-ed he wrote for Washington Post in December 2018 in which she spoke about family abuse and having experienced “the full force of our culture’s anger against women who speak out.”

Although Heard did not mention her ex-husband’s name in the article in question, Depp’s legal team argues that readers are likely to assume that he was the person responsible for the ordeal she alluded to, claiming that the article caused his client lost lucrative movie roles as a result of its publication.

Depp is a prolific box-office star best known for his series of dark fantasy films with director Tim Burton and for the franchise of Pirates of the Caribbeanbut was recently replaced in the series Fantastic Beasts by JK Rowling after Warner Brothers asked her to resign.

Heard, best known for Aquaman (2018), is countersuing her ex-husband, whom she met when they starred together The Rum Diary in 2011, for $100 million, and argues that she is the one who has been smeared by Depp’s lawyers, saying her claims of victimization amount to a “hoax.”

Lurid details about what was clearly a highly dysfunctional marriage were aired outside Judge Penney Azcarate’s Fairfax County courtroom as friends, former employees and clinical psychologists took to the witness stand to offer expert testimony.

Celebrities close to the two actors have also joined the media circus surrounding the trial, as Depp’s ex-partners, Winona Ryder and Vanessa Paradis, joined their former co-stars Javier Bardem, Penelope Cruz and Eva Green to speak on their behalf; while Julia Fox, Howard Stern and Kathy Griffin are among those who expressed their support for Heard.

The dramatic final week of the trial saw British supermodel Kate Moss, 48, virtually appear to answer questions about her past relationship with Depp in the mid-1990s, after Heard alleged during her defense testimony that Depp had once pushed Moss down a staircase.

Moss told the court that Depp never pushed her down the stairs or otherwise abused her.

The court has met every Monday through Thursday since April 11 and was originally scheduled to conclude proceedings on May 19, but had to implement an extension of one more week due to the large amount of evidence under consideration, ensuring that the seven-person jury has additional time to digest the information presented to them.

The trial ended on Friday, May 27, when attorneys for both sides made their closing statements, after which the jury was asked to retire to deliberate and reach a verdict on whether or not, according to the odds, Heard defamed Heard. Depp in the article post That triggered the whole case.

If the jury finds that he did, Heard will be ordered to pay Depp the $50 million he seeks as compensation for lost income, although the court could recommend that he be awarded more or less than that amount.

Even if the actor did not receive the full amount he has demanded in damages, his team would be expected to hail such a result as a vindication of his arguments and declare that his client’s reputation was restored.

If the jury finds in favor of Heard, Depp will get nothing and could possibly be ordered to pay his ex-wife the $100 million she requested in her countersuit.

Again, jurors could conclude that figure is too high or not enough and recommend an adjustment accordingly.

Despite the impulsive suggestion made by #JusticeForJohnnyDepp supporters on social media, there is no chance that a verdict in Depp’s favor will land Heard in prison for perjury, as this is a civil case, not a criminal one.

In the unlikely event that any such charges were later brought against her and accepted by the Virginia district attorney, they would be handled as a separate matter in this libel suit.

As this is a civil case, another outcome open to the possibility is that the two parties may settle out of court as agreed upon when they divorced, although, given the seemingly hostile nature of current relations between Depp and Heard, that seems extremely unlikely at this late stage.