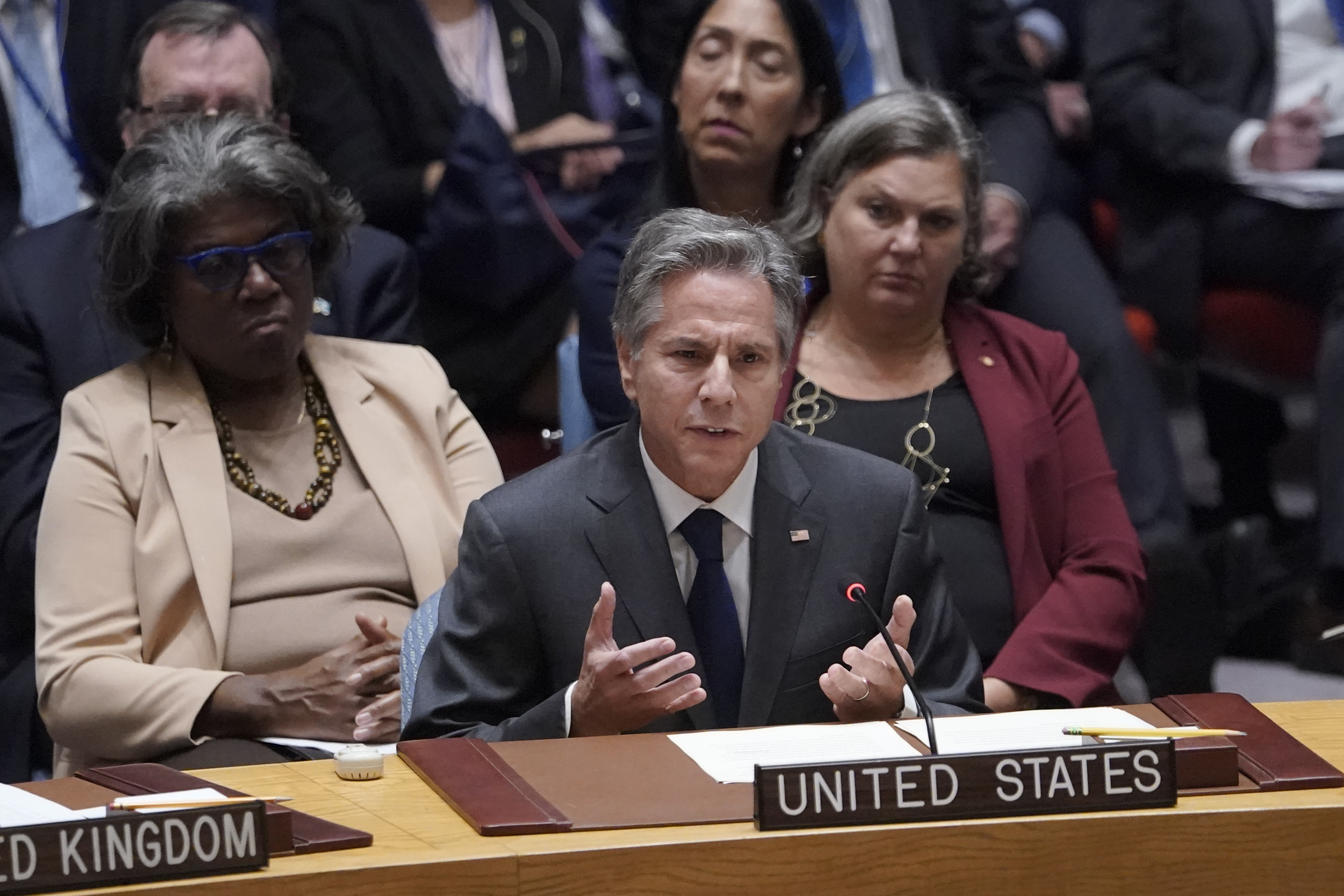 “One man chose this war. And a man can finish it. Because if Russia stops fighting, the war is over. But if Ukraine stops fighting, Ukraine is over.” This was expressed by the US Secretary of State, Antony Blinken, at the extraordinary session of Foreign Ministers of the UN Security Council, convened for this Thursday to address the conflict. He was staring at her from an empty Russian chair: Russian Foreign Minister Sergei Lavrov did not appear in the room until 20 minutes after the Washington representative had finished speaking. And when he did, he went to mount a rousing defense of the invasion.

The faces were especially bleak this Thursday at the United Nations General Assembly in New York. President Vladimir Putin’s nuclear threats in the war in Ukraine and the imminent independence referendums that Moscow has called in occupied Ukrainian areas have unleashed all the alarms among the member countries of the UN. It is worrying that Russia is about to annex territory through a supposed popular consultation maneuver, similar to what happened in Crimea eight years ago.

“The world order, which we have gathered here to defend, is being dismantled before our very eyes. Putin cannot be allowed to get away with it,” Blinken told the Security Council. “That he has chosen this week, when the majority of world leaders meet at the UN, to add fuel to the fire that he himself has lit, he shows his complete disregard for the Charter of the United Nations.”

The Secretary General of the United Nations, António Guterres, declared for his part “unacceptable” the holding of the referendums, which will begin this Friday and continue until Tuesday in territories that add up to 15% of Ukraine’s soil. “Any annexation of the territory of one State by another, resulting from the threat or use of force, represents a violation of the United Nations Charter and International Law,” Guterres declared.

In addition, the prosecutor of the International Criminal Court, Karim Khan, indicated to the Security Council that there are “reasonable grounds” to suspect that war crimes have been perpetrated in Ukraine that would fall within the jurisdiction of that court based in The Hague, which deals with crimes against humanity and genocide, among other international crimes. The institution’s investigations will focus on the forced transfer of the population from Ukraine to Russia and on deliberate attacks against the population or civilian objects, the senior official said. The United States estimates that Russian authorities have “interrogated, detained, and forcibly deported” as many as 1.6 million Ukrainian citizens to the neighboring country since the assault began.

But the Council meeting once again exhibited the increasingly accentuated divisions between blocs that have characterized the response to the war since Russia launched its invasion of Ukraine in February, which the Kremlin defines as a “special operation”. If Washington and its allies charged against the Putin regime and warned of the risks for the future of tolerating the invasion; the Moscow partners temporized. While the Indian delegation launched a call to end the conflict through negotiation; Chinese Foreign Minister Wang Yi reiterated his government’s opposition to the imposition of “arbitrary” sanctions.

Beijing also presented a four-point proposal to end the violence: return to dialogue without preconditions; facilitate humanitarian assistance and the investigation of war crimes; protect nuclear facilities; and work in favor of a de-escalation of tensions, as well as contain the consequences of the war on the rises in energy and food prices. But he was categorically against the possibility, demanded on Wednesday by Ukrainian President Volodymyr Zelensky, of withdrawing Russia its permanent seat on the Security Council and, with it, its right to veto.

For his part, Lavrov – who arrived, spoke, and left without listening to any speaker – dispatched himself in defense of the Russian actions. The Russian minister accused Ukraine of threatening Russian security and “blatantly” violating the rights of Russians and Russian-speakers on its territory: “I assure you that we will never accept such a thing.” He also identified the West as a party to the conflict by supplying weapons and training to Ukrainian troops. “The international fomenting of this conflict by the West goes unpunished,” he stressed.