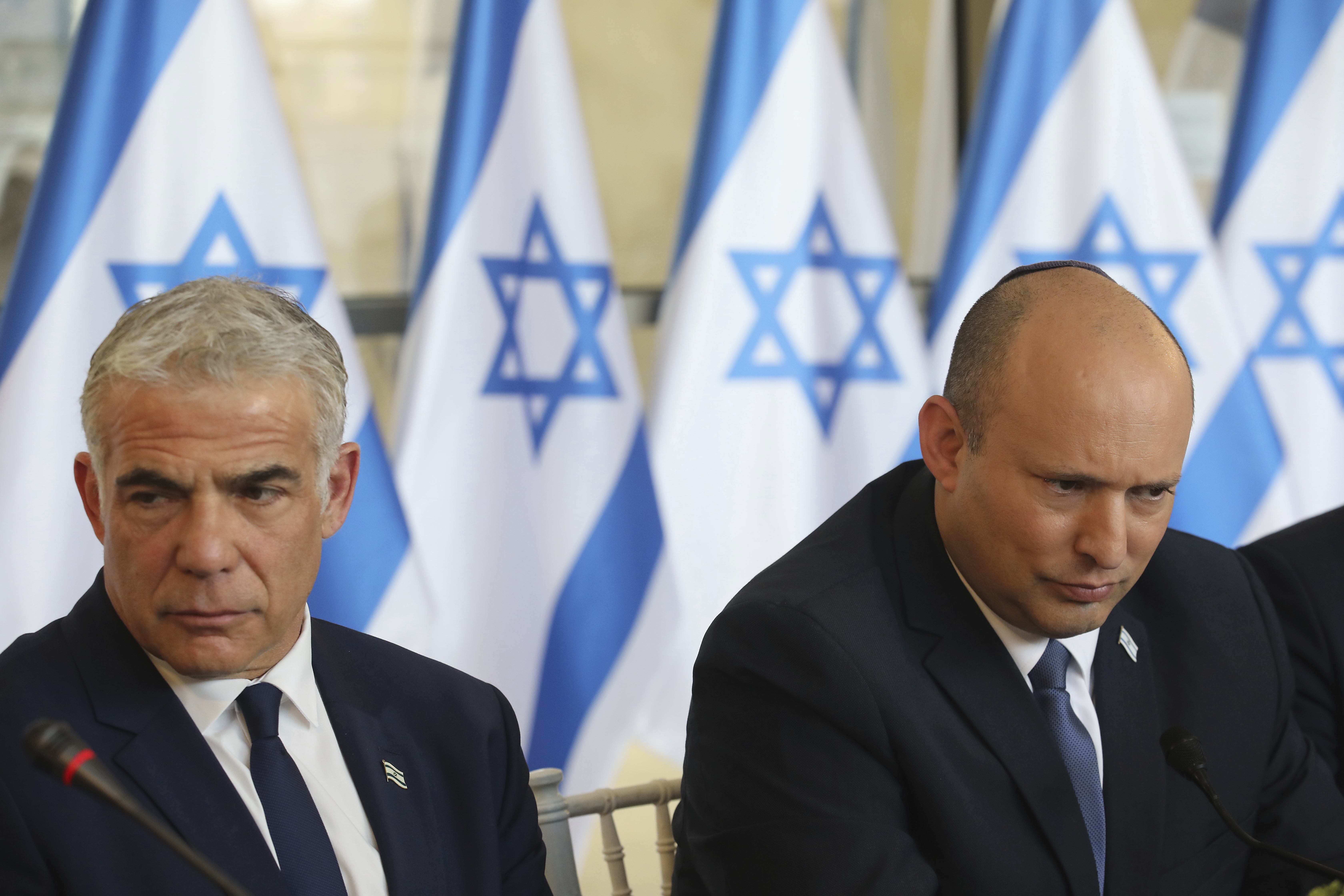 A year after its formation, Israel’s broad coalition government is reeling after losing a key parliamentary vote on Jewish settlements in the West Bank on Monday night. The Executive is supported by eight parties that range from the ultranationalist right to the pacifist left, passing through an Islamist Arab formation. His attempt to extend the validity of the “provisional” legislation that extends since 1967 the Israeli civil rights to the nearly 450,000 settlers settled in occupied territory failed in the Knesset (Legislative Assembly) by 58 votes against against 52 in favor. The 2.5 million Palestinians in the West Bank are, however, under martial law. Two deputies from the majority opposed it and another four of its parliamentarians were absent from the Chamber, aggravating the decomposition of a coalition that seems to have its days numbered.

If the Government fails to approve the legislative extension for settlements before July 1, Israelis living in the West Bank will also be subject to military legislation, will be exempt from military service and will lose rights such as Social Security or benefits. tax. Defense Minister Benny Gantz warned that “the West Bank may become the Wild West.” Despite having established itself as the political champion of the settlers, the conservative Likud party, headed by former Prime Minister Benjamin Netanyahu, voted against it along with the ultra-Orthodox and the extreme right in order to undermine the stability of the government of Prime Minister Naftali Bennett. . In contrast, deputies from the left and Arabs who flatly reject the occupation supported the law in order to prevent the return of the ultra-nationalist and religious right to power.

“Netanyahu and his friends have abandoned the settlers,” charged Finance Minister Avigdor Lieberman, who lives in a settlement southeast of Bethlehem. The Foreign Minister and architect of the government coalition, the centrist Yair Lapid, assured that the majority bloc will return with force “in the second round” (a new vote starting next week). “It may take days, weeks or months, but, if a miracle does not occur, the destiny of the Cabinet is to disintegrate”, has predicted, however, the political analyst and columnist of Yediot Ahronot, Nadav Eyal.

The legislation that allows the settlers to live as if they were in Israel, outside the military occupation regime that is now 55 years old, is at the base of the accusations of Israeli and international NGOs against a system of apartheid imposed by Israel on Palestinians in the West Bank. A reserved report by diplomats from EU countries in Palestine already denounced in 2019 the legal segregation of Palestinians, subjected to “systematic discrimination” due to a double standard of military and civil laws. “For the first time, the Israeli public now has the opportunity to understand what the rest of the world is talking about when it comes to the apartheid”, concluded this Tuesday the newspaper editorial Ha’aretz. “This legislation is what has made possible the expansion of settlements and the existence of two legal systems in the same territory,” emphasized the progressive newspaper.

After a start to the mandate with successes such as controlling the pandemic, the booming economy and the diplomatic thaw with Islamic countries, the fragility of the coalition was made clear this spring during clashes between Palestinian protesters and police in Jerusalem in the month of Ramadan. The authorization of the march of tens of thousands of Jewish radicals through the Muslim quarter of the Old City highlighted the internal dissensions in the Government a little over a week ago. To avoid disagreements, the eight coalition partners decided to park everything related to the Palestinian question, but the reality of the daily tension generated by the occupation has finally come to the surface.

Netanyahu still does not have a majority

“The only reason why this weakened government does not fall despite having lost its majority is because Netanyahu does not yet have 61 votes (half plus one of the seats) in the Knesset to overthrow him,” Gideon Rahat argued on Tuesday. , professor at the Faculty of Political Sciences of the Hebrew University of Jerusalem. “Without that requirement, there is no room for a motion of censure in our legal system,” warned Rahat, one of the leading experts on the Israeli electoral system, in a teleconference with foreign journalists. Conservative Justice Minister Gideon Saar announced last week that if the extension of the settlement legislation was not passed before the end of the month, his party—New Hope, six seats—would leave the coalition. The Hebrew press has assured that Saar, a former Likud leader, has negotiated with Netanyahu his reintegration into the right-wing bloc to form a new Cabinet without the need to dissolve the Knesset and call early elections.

At the end of two years of political blockade marked by four legislative elections, the formation of the so-called Government of change put an end to more than a decade of Netanyahu’s consecutive mandates a year ago. The rejection of the divisive figure of the former prime minister was the glue that galvanized the most heterogeneous coalition in the 74-year history of the State of Israel. But the flight during the month of April of an ultra-conservative deputy left the Bennett government without the scraped majority of 61 seats in the Knesset. The departure of Orthodox Jew Idit Silman hit Bennett in particular, to whose party—Yamina, with an ultra-nationalist orientation—this parliamentarian belonged.

The alliance in power, made up of three right-wing forces, two centrists, two from the left and, for the first time in Israel, an Islamist Arab formation, has been left in an even more precarious situation after the shock led by the Arab deputy Ghaida Rinawie Zoabi , from the left-wing pacifist party Meretz. In the ranks of Raam, the Islamist formation that supports the coalition, there was also a break in the voting discipline by parliamentarian Mazem Ghanayim. The other three deputies of the Arab formation were absent during the vote to swim and store their clothes: neither violate the agreement with their political partners, nor break with their electoral program, which rejects the occupation of the Palestinian territories for more than half a century .