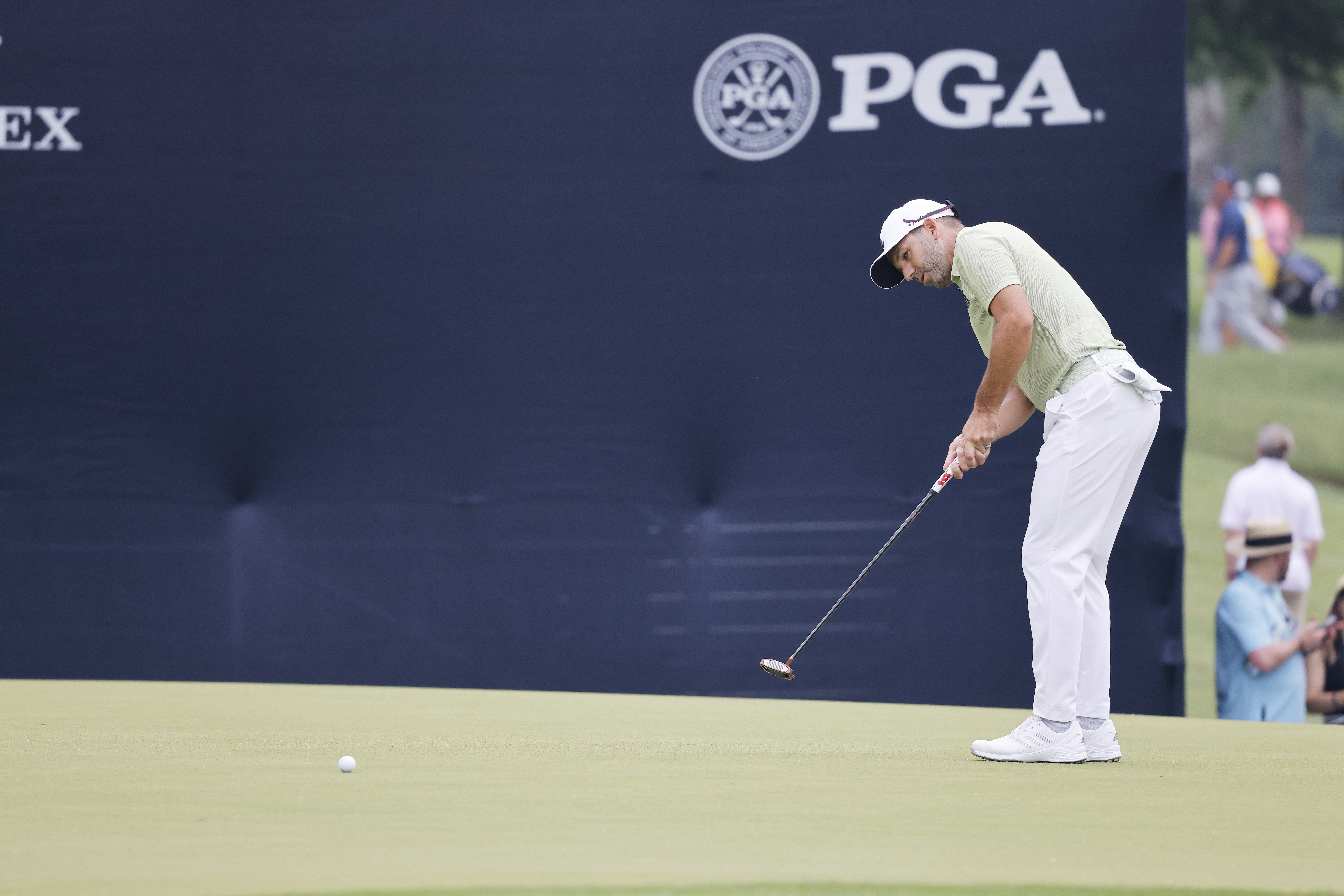 The war in world golf already has soldiers. The LIV Golf circuit, the Super League promoted with funds from Saudi Arabia, announced this Wednesday morning the list of 42 players who will play the first of the eight tournaments with which they challenge the American circuit (PGA Tour) and turn upside down the organization of this sport around the world. Between the rebels attracted by petrodollars there are figures of weight: Dustin Johnson, former world number, Sergio García, Ian Poulter, Louis Oosthuizen and Lee Westwood. Also three other Spaniards: Pablo Larrazábal (number 65 in the world ranking), Adrian Otaegui (162), both from the European circuit, and the amateur David Puig, from the University of Arizona, the same one where Jon Rahm was trained.

The bomb has exploded. The first of eight Saudi Super League tournaments will be held next week from June 9-11 at Centurion Golf Club in London. On the table, 25 million dollars in prizes, double what each of the greats distributes. And four million only for the champion ($120,000 for the last classified), more than what the winner of the juiciest tournament on the American circuit -The Players, 3.6 million- pockets, and much more than what the winner of a major: 2.7 million have entered this course Scottie Scheffler for wearing the green jacket of the Augusta Masters and Justin Thomas for lifting the PGA Championship, 2.2 million await the winner of the US Open (June 16-19) and 2.07 whoever is crowned in Saint Andrews at the British Open (July 14-17).

Saudi money has caused an unprecedented earthquake in golf. Three weeks ago, the PGA Tour sent a letter to its players prohibiting them from participating in the Saudi Super League tournaments, despite the fact that each golfer has the possibility of certain exemptions to enroll in championships outside the scope of the American circuit. The threat of a definitive expulsion of the elite of world golf, including participation in the greats, is real. However, that hasn’t scared off stars like 37-year-old Dustin Johnson, who was No. 1 for 135 weeks (he’s now No. 13) and winner of two majors. The American has swerved after stating months ago: “It is time to end speculation. I am fully committed to the PGA Tour.” It has not been.

Also Read  Xavi: “The first chance came in and changed the game” | Sports | The USA Print

Sergio García has also slammed the door. The 42-year-old from Castellón, number 54 in the world ranking, already advanced his intentions when a month ago he vigorously protested a decision by the referees at Wells Fargo: “I can’t wait to leave this circuit! Just a couple more weeks and I won’t have to deal with you guys anymore.” He now he has consummated the divorce. In his record, 36 professional victories, 11 of them on the American circuit, 93 major disputed (Spanish record tied with Olazabal) and the 2017 Augusta Masters as the top, in addition to his brilliant service record in the Ryder Cup. Among the participants in this baptism of the Saudi Super League there are three golfers who were number one in the world (Dustin Johnson, Martin Kaymer and Lee Westwood), winners of eight majors, players of 11 nationalities, 26 of the first 150 classified in the world and representatives of all the circuits of the planet. Phil Mickelson is not included, currently removed from the competition after his controversial support for the new business. “They are sons of bitches [los saudíes] who are scary to get involved with. We know they killed [el periodista Jamal] Khashoggi and that they have a horrible human rights record. There they execute people for being gay. Knowing all this, why would he consider it? Because this is a once-in-a-lifetime opportunity to reshape the way the PGA Tour works, which is a dictatorship that uses divide and rule because they know that the interests of the players top they are not the same as the rest, ”said Mickelson in the writing of a biography. Since then he has not played again.

The tension is maximum in world golf and the players are waiting for what will be the next move on the American circuit: if there will be a heavy hand and expulsions for those who join the Super League or if it will be opened to a negotiation to increase the prizes and prevent the escape of more stars. After declaring his loyalty to the PGA Tour in February (“They throw numbers at you and they think they impress you. I don’t play for money, I play for legacy”), Jon Rahm recently told the website Ten Golf: “I remain loyal to the PGA Tour at the moment, we have a great product. The problem that he is going to have, because I want to play against the best in the world, is when someone who is not even among the top 150 in the world wins four million. That’s when you’re going to create a problem. Whatever happens, the players, especially the young ones, end up with the best product. Things will change for the better. At this point in my career, if I go there and get banned from the PGA Tour, I sacrifice too much. So for now I stay where I am and we’ll see how things go. You never know what is going to happen. The PGA Tour has been around for a long time and if they scare you, I hope things improve.” Rahm, 27, has earned more than $30 million in his career on the American circuit.

Asked this Wednesday by this newspaper about his participation in the Saudi Super League, the Catalan Pablo Larrazábal assured that they are “prohibited” from talking about the matter.

Tiger Woods, the champion of 15 majors and who at 46 is fighting to return to the elite after a broken leg, said during the last PGA Championship: “I believe in history, in the big tournaments, in what they made Jack [Nicklaus] and Arnold [Palmer], creating our circuit. There’s a legacy in that.”

The Super League consists of eight tournaments that will be played between June and October in London, Portland, Bedminster, Boston, Chicago, Bangkok, Jeddah and Miami. Former Australian golfer Greg Norman, 67, is the visible head of this project after Jack Nicklaus, winner of 18 majors, rejected, “verbally and in writing”, a check of 100 million dollars to be the father of the creature. The circuit has an individual game mode and another for teams, three-day tournaments, 54 holes, and ambitious wishes for expansion. “They won’t stop us,” Norman warns. And he assures that the Super League has 2,000 million dollars more to raise the tournaments of the circuit to 10 next year, and to 14 the following year. The war in golf is total.