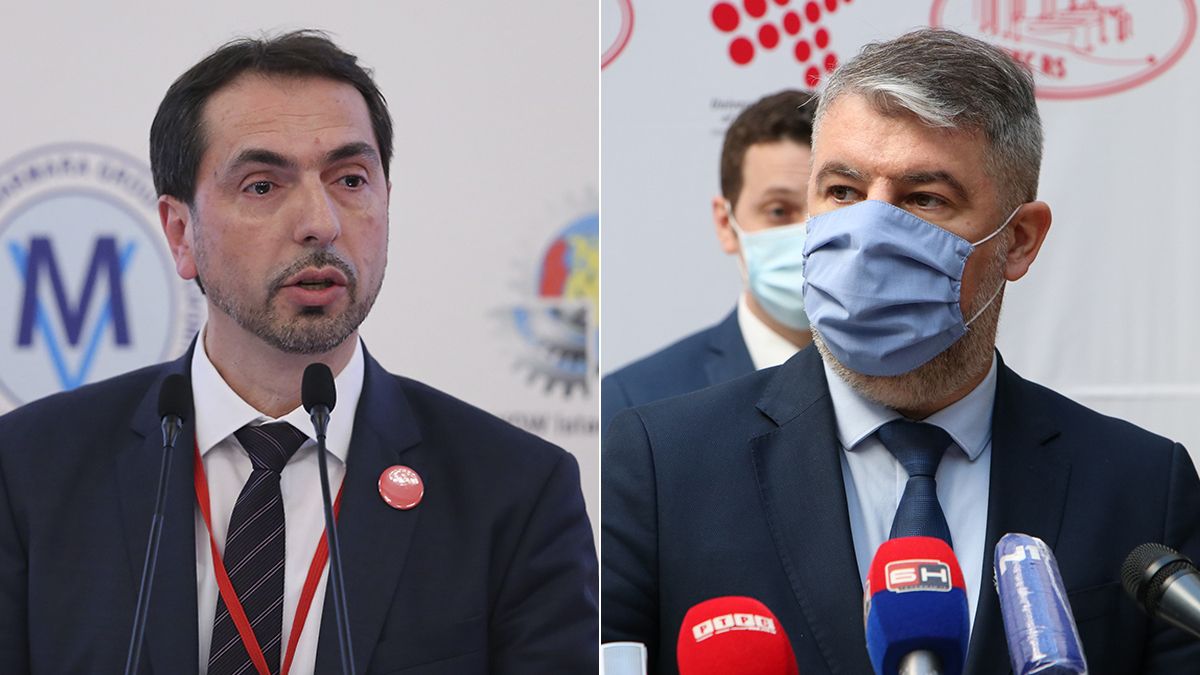 The concern that has been running through the Balkans for months, for fear of a hypothetical destabilization of a region pinned between the post-war period and its fit into the EU, has gained consistency this Monday after the adoption of sanctions by the US against two senior Bosnian politicians. The Treasury Department has announced through a statement sanctions for undermining the Dayton agreements, which in 1995 put an end to the Bosnian war, against Marinko Cavara, president of the Croat-Muslim federation —one of the two entities in which divides Bosnia-Herzegovina—and Alen Seranic, Minister of Health and Social Security of the other, the Bosnian Serb Republika Srpska. The sanction freezes any assets of these two politicians in the United States and prohibits companies and individuals in the country from negotiating with them.

Cavara, the tenth president of the federation, and Seranic “have threatened the stability of the region by undermining the Dayton peace accords and democratic processes and institutions,” says the statement from the Treasury Department, on which economic sanctions depend. “Marinko Cavara and Alen Seranic have pursued ethnonationalist and political agendas at the expense of the democratic institutions and citizens of Bosnia-Herzegovina,” said Treasury Under Secretary for Terrorism and Financial Intelligence Brian E. Nelson. “Today’s action demonstrates the strong commitment of the United States to the stability and prosperity of Bosnia-Herzegovina.”

Although the irredentist discourse of the Republika Srpska and its leader, Milorad Dodic, has been patent for years, to the point of being himself the target of sanctions by the Treasury earlier this year, Washington’s punishment this time also reaches the Croatian I would dig. Since 2019, Cavara has refused to appoint judges to the Bosnian Constitutional Court, blocking the function of a key representation mechanism that collects proposals from lawmakers. Croats and Bosniaks (Bosnian Muslims) share representation in the power structures of the federation in concert with the Bosnian Serb entity.

“By his inaction, Cavara has hijacked the function of the panel [de representación] to promote his political interests and those of his party”, reads the Treasury statement. By sanctioning Seranic, Washington extends those imposed on Dodic, who makes no secret of his intention to withdraw from federal institutions despite repeated warnings from the West. Seranic has proposed creating a specific drug agency for the Republika Srpska, thus committing “the destabilizing behavior” displayed by Dodic. Washington recalls that there is already a state administration for the federation and the Serbian Republic, and that the creation of a new instance “obstructs and threatens” the application of the Dayton agreements.

Today’s Bosnia-Herzegovina owes its existence largely to the determined drive of the United States, then under the presidency of Bill Clinton. After three years of war and 100,000 deaths, the Dayton agreements established the current constitution of Bosnia-Herzegovina and, underlines the note from the Treasury Department, “remain the basis of the government structure”, with two entities, the Croatian federation -Muslim and Republika Srpska. “Twenty-seven years later, Bosnia-Herzegovina continues to face challenges from those who manipulate their positions of power in favor of their own personal or political interests.” The limping operation of the multiplicity of instances is aggravated by endemic corruption and an ingrained old policy, which refuses to give way to the new generations.

The Democratic Administration of Joe Biden has the Balkans in its sights. A year ago, Washington extended an executive order to ban prominent leaders, some of them historical, from the region from entering the country, considering that two of the endemic evils, corruption and attempts to derail the numerous peace agreements signed after the disintegration of Yugoslavia, hindered the bloc’s progress. Washington’s blacklist includes former leaders of Kosovo, Bosnia and Albania, including former President Sali Berisha, for “corrupt handling of him while in office.” Dodic, who serves as a Serb member of Bosnia’s tripartite inter-ethnic presidency, was the target of further Treasury sanctions in January.

Previous article
López Obrador will not go to the Summit of the Americas due to the exclusion of Cuba, Venezuela and Nicaragua | The USA Print
Next article
Ukraine: Zelenski surprises on the front lines to support his soldiers in the momentous battle of Donbas | International | The USA Print