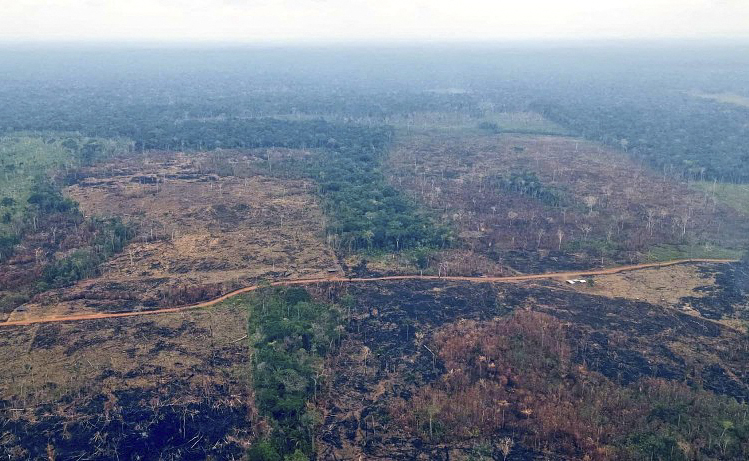 The fight against climate change will be the protagonist this Thursday at the Summit of the Americas. The president of the United States, Joe Biden, and the vice president, Kamala Harris, promote a series of measures to face the climate crisis, create green jobs and reinforce energy security. The agenda comes with some specific measures, although once again generic and long-term commitments abound, as in other matters addressed at the summit.

The United States intends to boost the clean energy economy on the continent, promoting trade and investment in that area and fostering regional collaboration through the initiative of Renewable Energy for Latin America and the Caribbean (RELAC). Five new countries will work together with the 15 current members of RELAC to achieve the goal of having 70% installed capacity for renewable energy generation in the region’s electricity sector by 2030. Guyana, Jamaica and Barbados assume the goals and Brazil and Argentina will support collaboration through this platform. The idea of ​​the United States is to provide financial support for RELAC’s technical cooperation and to work with regional development banks, private financial institutions and other partners to mobilize additional resources.

Kamala Harris will launch a US alliance with Caribbean countries to tackle the climate crisis, according to a senior US government official. It is about improving energy security, and strengthening critical infrastructure and local economies in the face of the climate challenge. The alliance, according to the same source, will be structured around four pillars: improve access to financing for development; facilitate the development and investment in clean energy projects; enhance local capacities and deepen collaboration with Caribbean partners. The purpose is to meet the goals of the Paris Climate Agreement and the United Nations Sustainable Development Goals (SDGs).

Regional development banks will play a leading role in financing the huge investments needed to tackle the climate challenge. Given the commitment of the Inter-American Development Bank, the Development Bank of Latin America (CAF), the Caribbean Development Bank (BDC) and the Central American Bank for Economic Integration (CABEI) to finance with up to 50,000 million dollars (more than €46 billion) over the next five years in this area, the United States is improving coordination with these institutions to mobilize additional funding from the private sector and other sources. In addition, access to financing will be facilitated for countries that need it due to climatic disasters such as hurricanes and floods, making the granting criteria more flexible.

The Biden government, however, emphasizes that it is not just about money, but about helping to identify projects and providing the means and capabilities to start them up. The United States plan also contemplates the training of experts in climate change.

The United States will make a modest but concrete commitment in the fight against deforestation with the contribution of 12 million dollars (11 million euros) to Brazil, Colombia and Peru through Amazon Connect, in defense of the Amazon. It is about reducing deforestation associated with logging and raw material exploitation and greenhouse gas emissions related to agricultural supply chains, while conserving biodiversity, improving livelihoods and increasing resilience. climate change, according to the same source from the Biden government.

“This is not only about stopping deforestation, globally, particularly illegal logging and deforestation, but also about restoring forests and other ecosystems that are critical to achieving a world of net-zero carbon emissions by 2050,” said a senior position in the Biden administration.