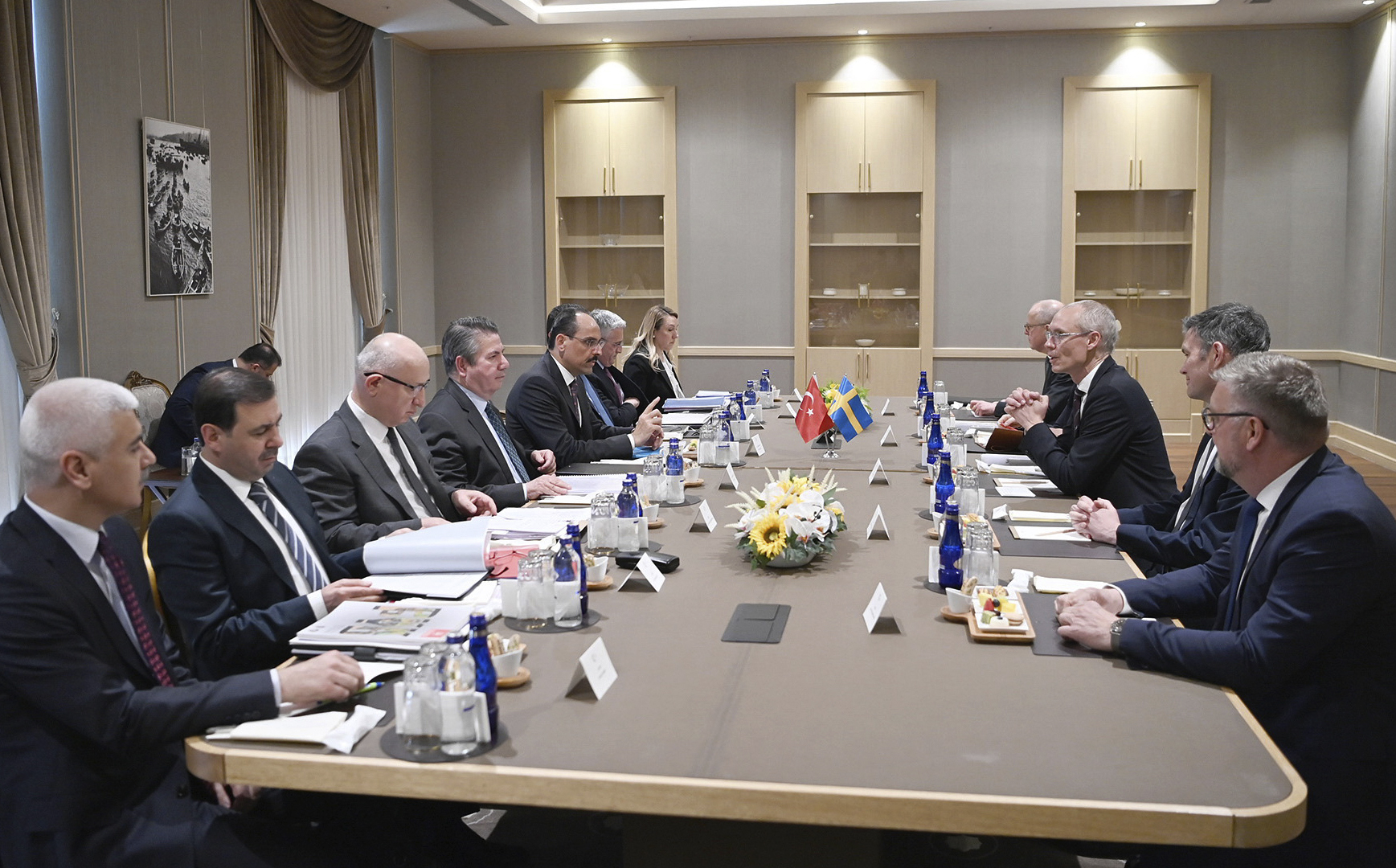 Turkey has drawn the lines on how to proceed to lift its veto on Sweden and Finland joining NATO. Without concrete steps against the presence and activities of groups that Ankara considers terrorists —especially the Kurdish armed group PKK— in the territory of these Scandinavian countries, the negotiations will not continue. Nor does the Government of Turkey seem to be hurried by the proximity of the Madrid Summit (June 29-30), which was intended to serve as a launch for the new members of the Atlantic Alliance. The Turkish presidential spokesman, Ibrahim Kalin, made it clear that, now, the ball is in the court of the Stockholm and Helsinki authorities and everything will depend on the response they give to the Turkish demands.

The Swedish and Finnish delegations met with the Turkish for five hours at the Presidential Palace in Ankara. First, each one separately and, later, in a trilateral meeting. They were delegations led by men with a technical profile and diplomatic experience: the Secretary of State of the Finnish Foreign Ministry, Jukka Salovaara, and the Swedish Secretary of State Oscar Stenström, who answers directly to the Prime Minister’s office. On the Turkish side, the Deputy Foreign Minister, Sedat Önal, and Kalin himself, who, in addition to being a spokesman for the Executive, is an adviser on Foreign Policy and National Security issues to the Turkish President, Recep Tayyip Erdogan.

“We have given a very clear message: if steps are not taken to reduce Turkey’s security concerns within a set timetable, the process [de ampliación de la Alianza Atlántica] it will not be able to continue”, stated Kalin at a press conference at the end of the contacts: “NATO is a security organization, not something else. And therefore the main issue of this organization is the safety of its members.”

Act against the Islamist preacher Gülen

The specific demands that the Turkish spokesman outlined to the media in Ankara focus on “concrete measures” against the “organizational, financial and propaganda” activities of armed groups such as the Kurdistan Workers’ Party (PKK) and the Party-Front Revolutionary Party for the Liberation of the People (DHKP-C), which has been carrying out attacks on Turkish territory for decades. Both are included in the list of terrorist groups of the European Union, but their sympathizers organize public events brandishing their symbols in Sweden and Finland. Likewise, Kalin called for action against the followers of the Islamist preacher Fethullah Gülen, an ally of the Erdogan government until the two became involved in a war for power in 2013 that culminated in the 2016 coup attempt, in which there was proven participation. Gulenist. Members of this political-religious organization who fled from Turkey have found refuge in Sweden and Finland.

The Turkish spokesman also complained that the 28 extradition requests made to Sweden in recent years and the 12 to Finland have been rejected or unanswered. The Turkish pro-government media have published in recent days some names of the people who are being extradited for their alleged terrorist links. Among them are former politicians, a famous editor, several well-known Gülenist journalists and a poet who died in 2015. Swedish and Finnish laws make it practically impossible for these people to be returned to Turkey, even more so given the lack of impartiality of the Turkish justice system. and the denunciations of mistreatment of prisoners made periodically by human rights organizations.

The aspect where the parties are closest to understanding each other is in the lifting of the restrictions on the sale of weapons that both Finland and Sweden imposed on Turkey in 2019 as a result of its invasion of a portion of territory in northern Syria in the hands of the Kurdish-Syrian militias. These militias, known by the acronym YPG or by the Syrian Democratic Forces (SDF) coalition in which they are included, are closely related to the PKK, for which Ankara has been demanding their comparison for years. Not surprisingly, in recent days, Erdogan has threatened a new military incursion against them. However, they have also been the key ally of the United States in the defeat of the Islamic State jihadist organization in Syria.

Also Read  Brazil Elections 2022: Bolsonaro redoubles his attacks on electoral justice in the final stretch of the presidential elections | International | The USA Print

The fact that Swedish-made weapons have been seized from the PKK and that Stockholm has allocated aid funds to the Syrian area under YPG control has led Turkish parties to accuse the Scandinavian country of financing the Kurdish insurgency, something that denied the Swedish Foreign Minister, Ann Linde, in statements to the newspaper Aftonbladet: “Sweden is one of the largest humanitarian donors in the Syrian crisis […]. Cooperation in northeastern Syria is carried out through the United Nations and international organizations. Sweden does not give support directed only to the Syrian Kurds or to the political or military structures in northeast Syria, but the population of that area, of course, is part of these aid projects.

The spokesman for the Turkish Executive assured that, on the issue of lifting the arms embargo on Turkey, he saw a “positive attitude” from Finland and Sweden, something that “contributes to the continuation” of the negotiations. However, he also warned that no timetable has been set for these, but that it will depend on the response received by the negotiating delegations once they return to their capitals. Depending on the case, the contacts will continue electronically or through new face-to-face meetings, either with the delegations or at the ministerial level or even with heads of government. The calendar is not closed either. Kalin concluded that it could be that everything is settled before the NATO meeting in Madrid, or after, or even during the summit itself.

Also Read  the 'streaming', this would be the sequence and bounce from the Madrid Metro to the small display screen | America Print