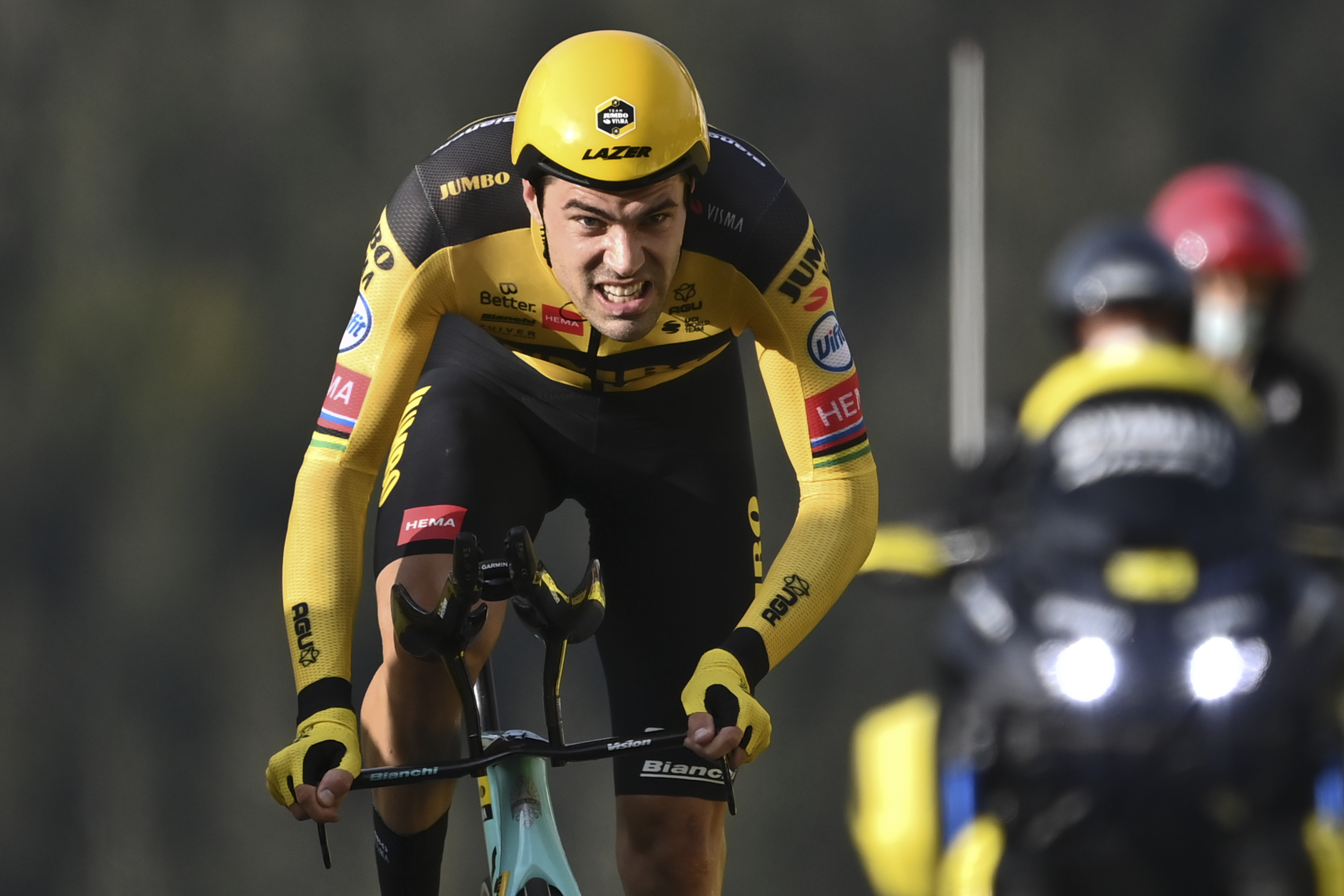 The Dutch cyclist Tom Dumoulin, 31, announced this Friday his retirement from competition at the end of 2022. In a long message posted on his Instagram account, the winner of the 2017 Giro d’Italia says that the degree of demand of the professional sport produces “too many physical discomforts to face the next few years”. At the beginning of 2021, Dumoulin took a few months away from cycling overwhelmed by the pressure and stress generated by the competition, and the impossibility of enjoying the sport he loves. He returned in the summer to compete in the Tokyo Games, where he won the silver medal in the time trial, the specialty in which he was world champion in 2017, his great year. If then he spoke of taking care of his mental health, due to the “internal demons” that assailed him due to the pressure, in his statement on this occasion he refers to “the fatigue, pain and injuries that I suffer when training increases, instead of feeling better”. From now on, he will look for a way to finish the season together with his team, the Jumbo-Visma of Roglic, Vingegaard and Van Aert, who did not have him for the next Tour de France.

In the note posted on social networks, Dumoulin acknowledges his problems in the last two years, and the satisfaction that the silver medal in Tokyo gives him. “However, as nice as it can be at times, this year has been frustrating. I feel tired, and the advantages of training do not have the desired result”. The athlete wishes to focus on the World Championships, which will be held in September in Australia, where he hopes to “succeed in the time trial”. And although he points out that he does not know what will happen in the future, he indicates that he will continue “involved in the world of cycling, which I love, and I am proud of what I have achieved throughout my cycling career.” He ends the letter by thanking everyone, from his colleagues to mechanics to sponsors, “for the fantastic adventure of the last eleven years: cycling has sometimes cost me blood, sweat and tears, but it has been beautiful and special. ”. His farewell is a triple “thank you, thank you, thank you.”

After winning the 2017 Giro against the Colombian Nairo Quintana, who failed to take off in the Dolomites and succumbed in the last time trial, Dumoulin, a great and complete runner, a great rider who not only defended himself in the mountains but also he was capable of attacking, and thus he won a Pyrenean stage, in Andorra, in the 2016 Tour, he began 2018 with the consideration of great rival of the then untouchable Chris Froome in the Tour de France. In the Giro he was second after the British and in the Tour, also second, although ahead of Froome, third. He won the Welshman Geraint Thomas, Froome’s teammate. The following year he left Sunweb, his lifelong team, for his longtime rival, Jumbo.

This May he participated in the Giro d’Italia, which he attended in the role of favorite, He was third in the initial time trial and was diluted afterwards. He retired on stage 15. his great moment was the help he gave his young teammate Koen Bouwmans to win the Potenza stage. It was very hard for Dumoulin, not only because he had won that competition just five years before. Especially since he had taken it as the ultimate test to see if he could continue at the highest level. Speaking to Dutch public television, NOS, he said then that what happened was “a big disappointment.” He also explained that he did not have an answer for the fact that “I lack gas in the pedals and I do not advance”. Shortly before, he had stressed that he would only go forward with cycling if he could compete against the best. The Dutch cyclist’s track record also highlights his sixth place in the 2015 Vuelta a España, a race that he led until the penultimate stage. He also won three stages in the Tour, four in the Giro and two in the Vuelta. In the time trial, he took a gold medal at the World Championships in 2017, and silver in 2018. At the 2016 Olympics he also took silver in this event.

Also Read  Games 2030: The audios of the technical meetings between Catalonia and Aragon suggest that the decision to block them was political | Sports | The USA Print

Born in Maastricht in 1990, Dumoulin has been a professional cyclist since 2011. In 2016, he broke his wrist during the Tour de France, and in 2019 he had to abandon the Giro d’Italia after damaging his knee in a fall. He has been champion of the Netherlands four times, and this Friday, the Dutch sports media have highlighted his career and passion for cycling.