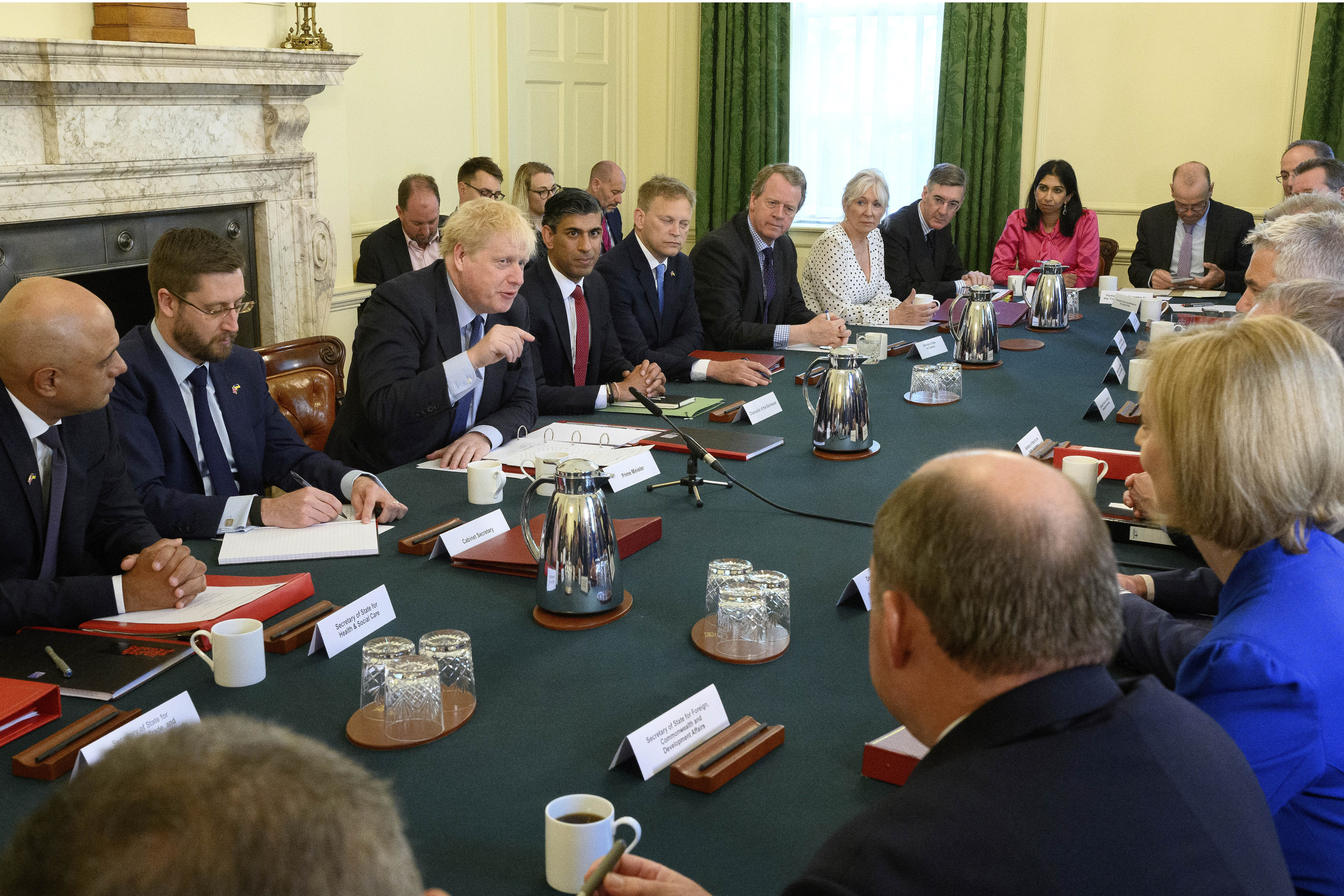 The phrase seems tailor-made for Boris Johnson. “When you only have a hammer, all problems seem like nails”, said the American psychologist Abraham Maslow. The British Prime Minister is willing to fight with a hammer for his survival, after narrowly overcoming the internal censure motion voted by the Conservative deputies on Monday. And, once again, the weapon is Brexit, and the resentments and poisons that the “European question” unleashes between the Tories for decades.

The Foreign Minister, Liz Truss, is preparing the new law that she announced in mid-May to annul key parts of the Northern Ireland protocol, the international treaty annexed to the EU withdrawal agreement, which was a fundamental piece to unblock the negotiations between London and Brussels. It would be a way to stir up tension with the EU again, to revive the threat of a trade war, but above all, to keep firm the ranks of the eurosceptics who once helped Johnson take power. “I don’t want them to use Ireland again as part of a strategy to retain support [a Boris Johnson] within the Conservative Party”, warned the Irish Foreign Minister to public television RTE from Helsinki.

Johnson plans to speed up a reshuffle of his government in the coming days. He will use the changes to reward loyalists, punish rebels and try to convey to the public the impression that he regains the initiative. “Infrastructures, job training and new technologies. Unite and rebalance the wealth of the entire country. Unlock the potential of the UK. It is the right thing to do right now, from a social, political, economic and moral point of view, ”Johnson harangued his ministers at the Cabinet meeting on Tuesday. Interestingly, Downing Street allowed BBC cameras to record the moment.

“Instead of getting bogged down again in a fiendish Groundhog Day debate about the advantages or disadvantages of belonging to the EU internal market, and re-discussing issues that were settled two and a half years ago, we have the opportunity to continue forward, united. You all know what an incredible force this party can be when it is united,” Johnson told his parliamentary group on Monday before voting on the motion began, in a last-ditch effort to regroup.

Aware that what was being discussed was his personal integrity, and the increasingly blatant evidence that he lied to Parliament and the citizens about the Downing Street parties during confinement, the Prime Minister threatened the specter of internal division around to the EU. He only slipped it into a paragraph, but left it to a group of acolytes, who were responsible for propagating the idea that everything was due to a conspiracy of supporters of the European Union resentful of Johnson. Those known in recent UK political parlance as remains (from the verb remainstay).

“All those who do not admit that we are facing an organized maneuver, to wear down the prime minister drop by drop are lying,” Culture and Sports Minister Nadine Dorries assured SKYNews. A superlative Johnson stalwart—and a constant target of jokes in the press—Dorries tends to act as a spearhead whenever the prime minister has to respond to a new spate of attacks. “It is a coup organized by a group of remains and for many of those who have lost their jobs in the Government”, denounced the minister.

It was not the only one to use the argument, nor was it the most relevant. “Tonight it has become clear that the prime minister has lost the confidence of 40% of the parliamentary group in him. He must understand the disenchantment of members and voters that this result reflects, which has to do with the partygate, yes”, pointed out David Frost, one of the most furious eurosceptics and until recently a negotiator with the EU. “But it responds more to the tax increase,” he added. Frost used the turbulent river in the Conservative Party to demand that Johnson squeeze Brexit to further liberalize the British economy.

It is precisely Liz Truss, a strong supporter of Brexit and a fervent admirer of Margaret Thatcher, one of the candidates who manage the British media to replace Johnson. Because, despite the Prime Minister’s efforts to turn the page, there is a general consensus —especially among the most conservative newspapers— that the wound is still open. Both Rishi Sunak, the Minister of Economy; like Ben Wallace, the one from Defense; Sajid Javid, the one from Health; or Ben Wallace, the one from Defense, are Eurosceptics convinced that they would not hesitate to wave that flag again in the event that the competition for the leadership of the Conservative Party were opened. And Jeremy Hunt, Johnson’s rival in the last primary process and the deputy who gave this Monday, with his statements against the prime minister, the starting gun for the motion of censure, has long since reneged on his past of remain to embrace the new reality of Brexit.

Senior voices in the Conservative Party, however, have suggested Johnson give up all hope of getting back on his feet. William Hague, who led the formation for four years and lived through other internal revolts, has written in The Times: “Such a narrow victory for Boris Johnson does not mean the defeat of a rival faction [de los remainers, en las elucubraciones de los euroescépticos más furibundos], or the crushing of an alternative candidate, but rather an attempt to limit a growing sense of hopelessness,” Hague suggested. “It is the worst possible outcome for the Conservative Party. Either he reconciles with Johnson and stands behind him, or he kicks him out altogether and looks for a new leader. He has done neither one thing nor the other.”

The precedents of Thatcher, Major and May

It is paradoxical that the three internal censure motions in the Conservative Party that are most remembered these days revolved around the eternal debate in Europe. But while Boris Johnson’s allies are adamant about blaming Remainers for organizing the current rebellion, in this case it was the Downing Street party scandal during lockdown, not the Brexit battle. the spark that has ignited the riot.

Thatcher was revolted by a group of Europhiles, led by Michael Heseltine, who did not understand the Iron Lady’s increasingly belligerent attitude towards Brussels. That, and the feeling that Thatcherism had gone from being a winning electoral horse to a hindrance. The prime minister won in the first round. The internal censure motions at that time (1990) were constructive, and required an alternative candidate. Her victory was so narrow that she realized defeat was assured on the second ballot and she threw in the towel.

His successor, John Major, faced a reverse rebellion. The group of conservative eurosceptics began to grow —”those bastards”, as Major himself defined them— who made his life impossible and tied his hands when it came to negotiating the Maastricht Treaty. He himself provoked the internal strife, and in 1995 he swept his rival in the match, John Redwood. Two years later, the Labor Party (Tony Blair’s New Labour) swept Major away.

Also Read  Do we close the borders to Russian citizens? | Opinion | The USA Print

Theresa May, a last-minute eurosceptic who had voted against Brexit in the 2016 referendum, tried to square the circle: negotiate a treaty with Brussels that would satisfy the eurosceptics and preserve the advantages of belonging to that club, such as access to Interior market.

The victim of a rebellion in which her successor (Boris Johnson) had a lot to do with it, May managed to survive the internal censure motion even more loosely than the current prime minister: 200 votes in her favour, 117 against (vs. to Johnson’s 211-148, with a larger parliamentary group). It was December 2018. When, five months later, Eurosceptic Nigel Farage’s Brexit Party swept the European Parliament elections at the expense of the Conservatives, May handed in his resignation. In his farewell speech, he deeply regretted “not having been able to bring Brexit to fruition.” 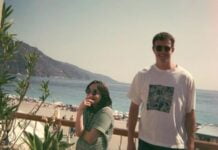