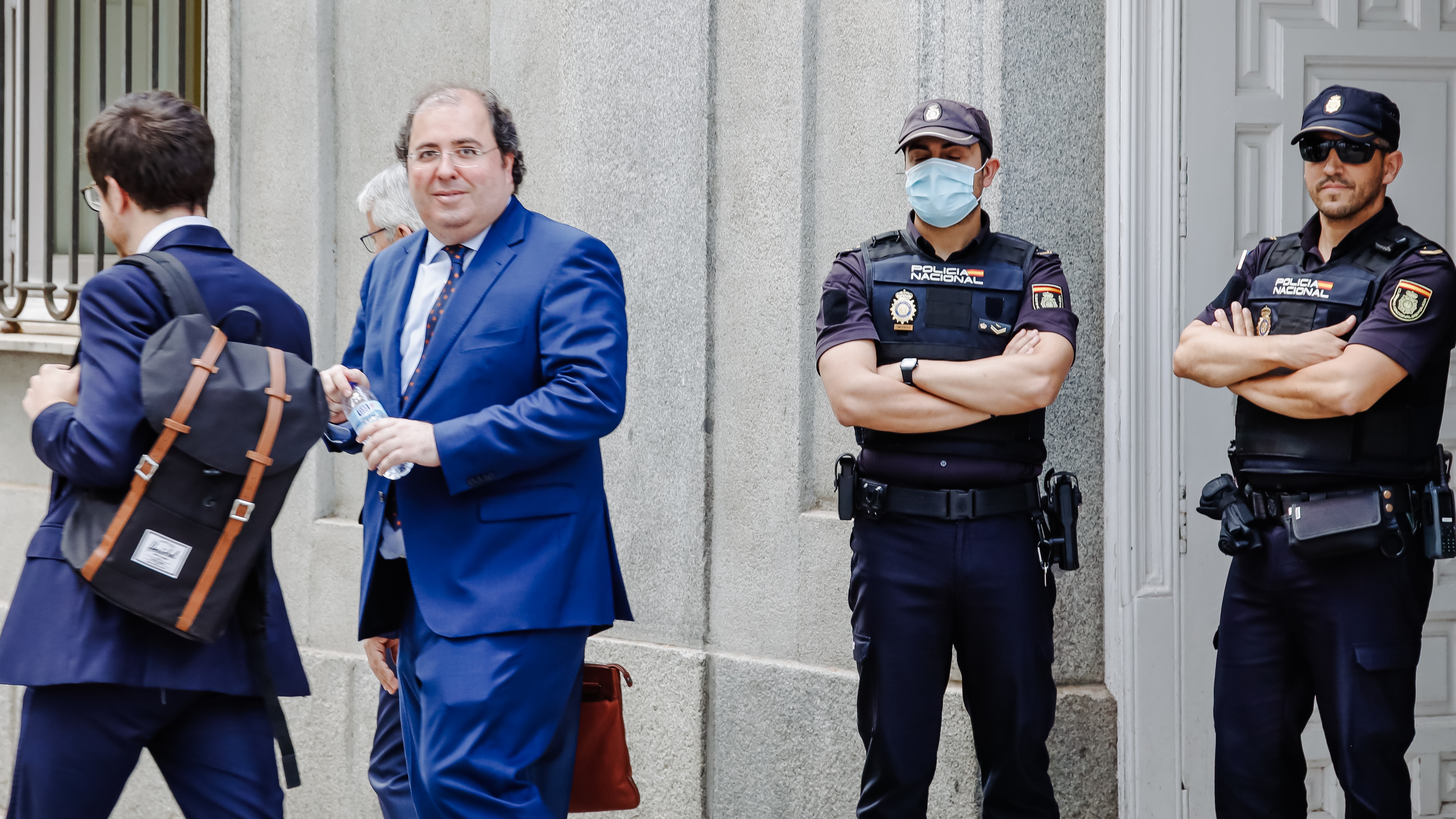 The magistrate of the Supreme Court Andrés Palomo, who is instructing the open case against the PP deputy Alberto Casero, has asked the Criminal Chamber on Monday to request permission from the Congress of Deputies to act against the parliamentarian for alleged crimes of prevarication and embezzlement when he was mayor of Trujillo (Cáceres). In a letter sent to the courtroom, Palomo proposes to direct a request to the lower house to proceed criminally against Casero by verifying “rational evidence” of both crimes in several minor contracts that the now deputy signed as alderman between 2017 and 2018.

The PP deputy, who rose to fame for his fatal mistake in voting on the labor reform in Congress, testified last June before the Supreme Court instructor and admitted that, during his time as mayor, he signed some contracts that were not They adjusted to the legal procedure, but he has defended that, in any case, there were only “administrative irregularities”, never a crime, as a judge from the Extremaduran municipality maintained. Judge Palomo considers, however, that the documentation sent by the Court of First Instance and Instruction Number 2 of Trujillo (Cáceres) contains “rational evidence of criminality” to formally incriminate the parliamentarian, for which, being a qualified, prior authorization from the Chamber is required.

The reasoned statement sent to Chamber II to be forwarded to Congress includes these indicative indications that Casero, in his capacity as mayor of Trujillo, in March 2017 and December 2018, concluded “with different people and entities”, contracts of service, sponsorship or agreements, “failing to comply with all types of formality required for this purpose by the applicable regulations in each case”, as explained in the letter, which specifies that his story must be understood to be made “merely as an indication and provisional”, without fitting, therefore, consider it as an “evidently verified factual” statement. To find out if there really was a crime, Palomo warns, Casero will have to be judged.

According to the instructor, the episodes recounted by the Trujillo judge not only involve “repeated and admitted administrative irregularities, but also a way of proceeding by the judge who identifies his voluntarism regardless of any interpretation with a loophole in the rationality of the legal system.” “With verbal contracts prohibited or without any processing or advertising in the cases that the amount required, circumvention of control mechanisms, direct assumption of payments for the integrity of the services that, in addition to newspapers, were provided to an entity in which the municipality it was only a part”, which, according to the Supreme Court judge, may constitute a crime of prevarication.

The magistrate also sees signs of embezzlement – ​​punishable by imprisonment – ​​because Casero’s actions reveal that he exceeded “his powers of administration of the City Council’s assets, causing real damage to it, the amount of which, at this time, would exceed 50,000 euros, in relation to those payments that did not correspond to the City Council or were made for services not rendered”.

On the other hand, the magistrate has issued an order in which he rejects the file of the case requested by the PP deputy, considering that the effective investigation of behaviors likely to be integrated into crimes of prevarication and embezzlement is necessary.

The case against Casero stemmed from a complaint by the Prosecutor’s Office for alleged irregularities in contracts and agreements agreed by the now deputy when he was mayor of Trujillo. The Prosecutor’s Office considers that the mayor skipped all contracting procedures by avoiding public tenders, inspection reports or directly without informing the local administration that he directed.

The investigation focuses on six specific cases, which cost the Trujillo City Council more than 100,000 euros. The first suspicious contract is that of a psychologist that Casero signed in March 2017 “hiding it from the City Council, without providing the contract, without a contract file, without a report on the need for the service and without approval of the expense.” Months later, he signed another agreement of 25,000 euros with the Peruvian Chamber of Commerce “without informing the economic and legal services of the City Council, without the agreement being previously approved and without submitting it to public information or being published in the BOE”.

The high court highlights another contract from 2017 by which the then mayor of Trujillo verbally agreed to contribute 18,000 euros to an act organized by the Bon Vivant Cultural Association entity, with which in July 2018 he closed another sponsorship contract for 18,000, in which also undertook to assume “other costs”. Both were signed “without following any administrative procedure.” Finally, the Supreme Court details two other issues in 2018: the contracting of Ícaro Consultores en Comunicación to organize an event for an amount of 14,303 euros plus VAT and the agreement with Radio Interior SL of a contract for communication services and promotion of the Cheese Fair of Trujillo for more than 15,000 euros. For the latter, Casero allegedly used the procedure of the minor contract when the amount prevented doing so by this method.

Biogen and Eisai soar on the stock market after proclaiming success in trials of a drug against Alzheimer’s | Economy | The USA...

The Bank of England announces the purchase of British public debt to stop the collapse of the pound | Economy | The USA...

Jenni Hermoso supports the players of the national team in their claims to the RFEF, but disagrees with the forms | Sports |...

The fractures of the war in Ukraine told from a city bus | International ...

Carpaccio of vegetables and spring fruits | The USA Print