The shooting that does not stop in the United States: one and a half every day | International | The USA Print 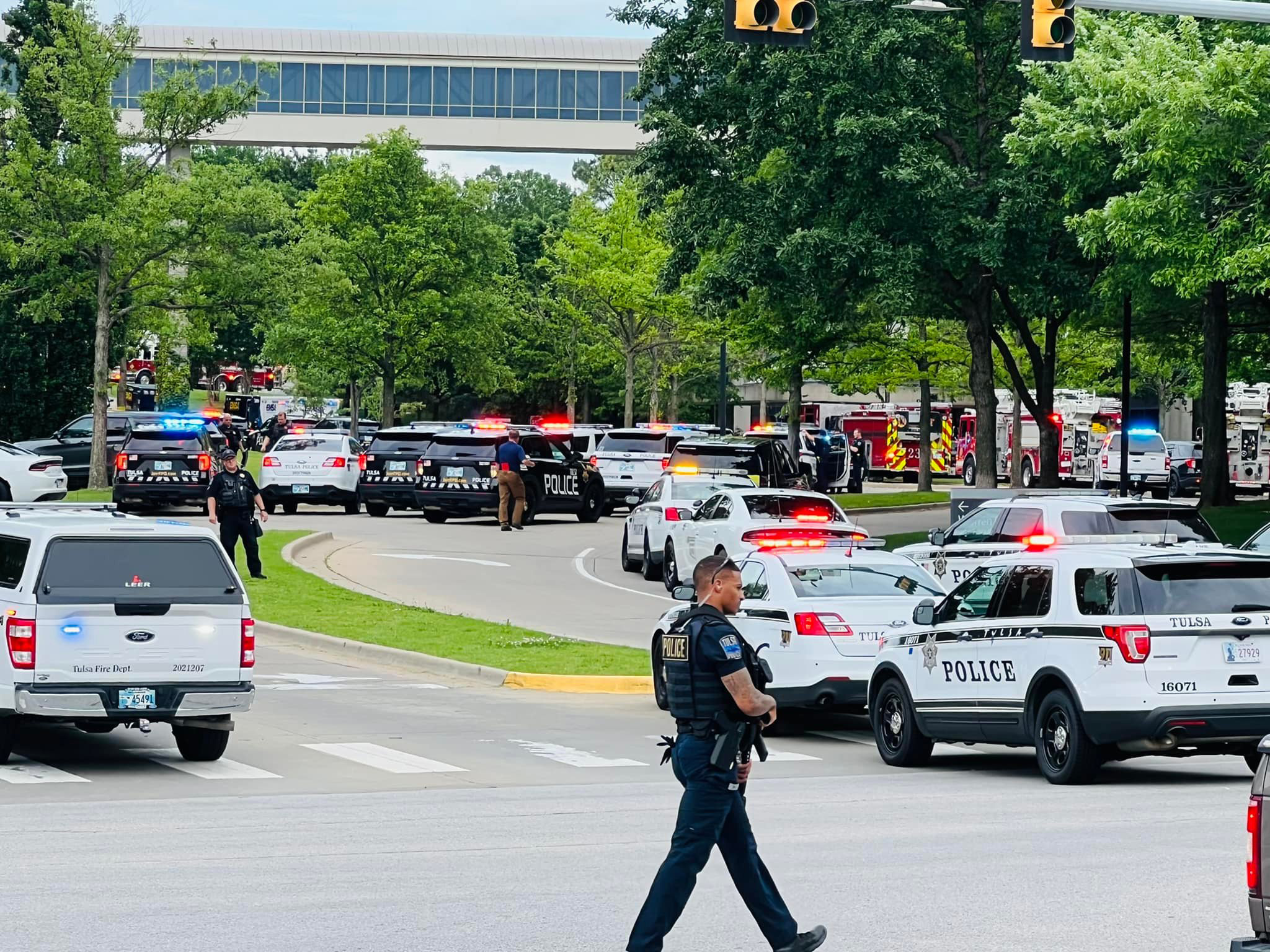 A man walks into a public building armed with an assault rifle, kills four people, and then commits suicide. He spent Wednesday afternoon in a Tulsa (Oklahoma) hospital. And before, with different figures and in different circumstances, in Waco (Texas), Charleston (South Carolina), Benton Harbor (Michigan) and Philadelphia (Pennsylvania). Scattered across the country, those cities have been the scene this week of mass shootings. And that we are only on Thursday.

Since the beginning of 2022, there have been 233 attacks of this type in the United States, where the daily life of violence begins to flirt dangerously with dystopia this spring. The calculations of the independent agency Gun Violence Archive, a reference source in this field, are made based on these premises: to be considered massive, at least four people must be shot, not counting the shooter. Also, these cannot be members of the same family. 153 days have passed of one of the bloodiest years in memory in the country —for now, the record is held by 2021, with 692—. That means there have been 1.5 massive attacks per day. More than 10 a week. About 45 a month.

The massacre at Saint Francis Hospital in Tulsa came eight days after the one at Robb’s elementary school, in which an 18-year-old boy named Salvador Ramos murdered 19 children between the ages of 8 and 11 in Uvalde, Texas. and two of his teachers. Since that tragedy, there have been 20 mass shootings in the United States, which proves its contagious power. Some of them are as difficult to fit from a European perspective as the weekend (particularly fertile time for these statistics) in Chattanooga (Tennessee), in which six teenagers were injured, four boys and two girls between 13 and 15 years, who quarreled with each other, with two pistols in between. On Wednesday, it was also only 18 days after the massacre in Buffalo (New York), which took the lives of 10 African-American customers of a supermarket. The perpetrator, another 18-year-old, was a white supremacist named Payton Gendron.

Both in Uvalde, as well as in Buffalo and Tulsa, the weapon used was an AR-15 semi-automatic rifle, whose easy access for anyone over 18 years of age (who still has to wait three more years to legally buy a beer), is in the center of a debate that lives these days in the United States one of its eternal returns. It is early to know if this time it will be different. Meanwhile, the impression is spreading that once again the legislators in Washington will be incapable of carrying out an agreement to get their hands on a right guaranteed by the Second Amendment of the Constitution. In this country, the number of pistols (about 390 million) far exceeds the population (332 million).

The Tulsa killer’s name was Michael Louis, and he bought the rifle the same Wednesday as the tragedy, around 2:00 p.m. Only 2 hours and 58 minutes later, he was on the second floor of the Saint Francis hospital committing suicide with a gun that he had bought on Monday and that he also carried on him so as not to leave anything to chance in his attack. At his feet, a terrified witness was able to save her life after getting under a table. Unlike other mass shooters who have made headlines in the United States recently, Louis, 45 years old (and in age he is also distinguished from his infamous predecessors), had a mission, which he wrote in a letter that he carried with him: kill Dr. Preston Phillips, who had performed back surgery on him on May 19. He blamed her for a pain that he couldn’t ease.

The patient, a resident of Muskogee, 45 minutes from Tulsa, was hospitalized for six days, and once he was discharged, he repeatedly called the doctor to help him with that pain. Phillips saw him again on Tuesday, but nothing he said or prescribed prevented him from showing up the next day with an assault rifle. A doctor, Stephanie Husen, and two other people, identified by authorities as Amanda Green and William Love, died with the doctor.

In an appearance before the press, Tulsa Police Chief Wendell Franklin, whose speed is already being celebrated as a success in the face of the unfortunate performance of the agents in Uvalde, who took too long to enter the elementary school class in the that Ramos had entrenched himself, has echoed a sensation that is spreading throughout the country these days: something like this can happen anywhere and at any time. “Considering the terrible epidemic of violence that is ravaging the United States, it would have been naive to think that it could not happen in our community.”

Franklin began his speech this Thursday with a memory of the victims. And that has also become a desperate ritual in the daily life of the tragedy. Whenever a shooting of this type takes place, a set phrase, “Thoughts and prayers” (thoughts and prayers) resurfaces in the mouths of the sheriffspoliticians and celebrities among the critics of those who would prefer that those three words be replaced by these others: “Gun control.”

Previous article
Greek Román, the alleged serial femicide on which the suspicion of the murder of seven women in Mexico weighs | The USA Print
Next article
The invincible summer of Liliana: The writer Cristina Rivera Garza wins the Xavier Villaurrutia Award for a book about her sister’s femicide | The USA Print