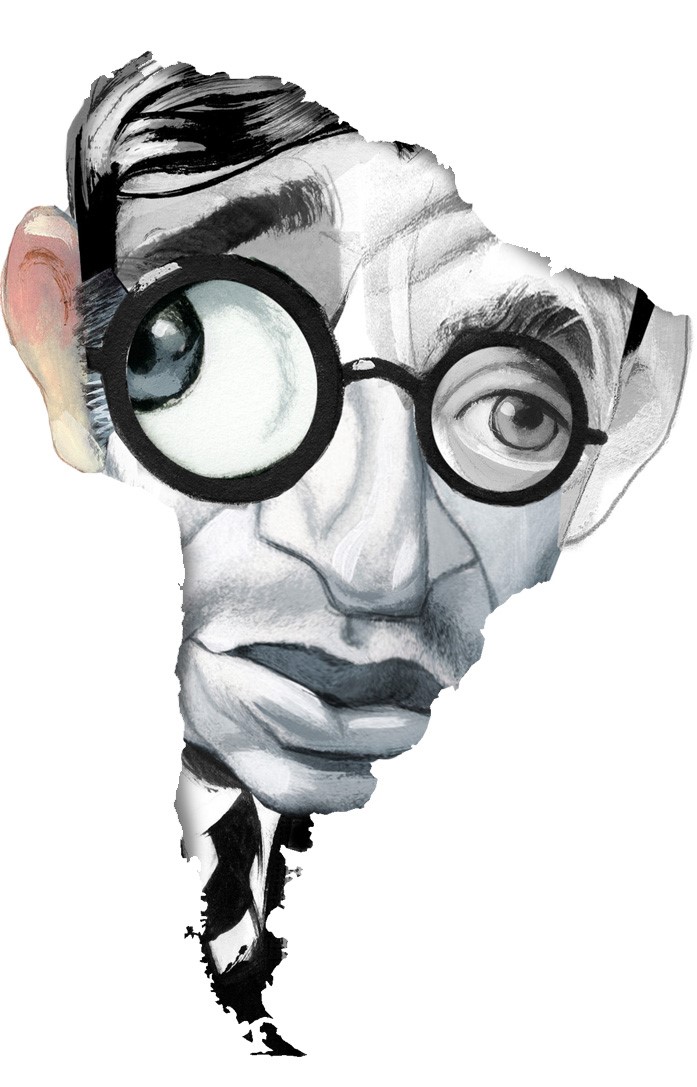 Did you think that the anarchists had disappeared? None of that, they are in very good health according to the Venezuelan Rafael Uzcátegui. He has just published a book, very critical of the government of Nicolás Maduro, whom he accuses of mistreating and torturing political prisoners and of the murders committed against critics like him. He is a member of multiple associations, has given up throwing bombs and firing shots, and works for the noblest of causes: defending political prisoners and seeking protection and countries that want to receive refugees of any kind. His essays are unusual, because the left in Latin America does not usually support theses as democratic as his. Furthermore, he is not only a theoretician, but a man of action.

His book is titled The rebellion beyond the left and he maintains a very attractive thesis, but I think it is false, or at least exaggerated: that the controversy between Sartre and Camus in 1952, in Paris, is the cause of the childishness of the left in Latin America, its intolerance to work in team with other progressive forces and its closed dogmatism, like the one that the Venezuelan government wears in its country to coexist with others other than Cuba. I am afraid that this polemic did not have the publicity or stormy content that he attributes to it in Latin America. And that went rather unnoticed there.

I remember that controversy very well, because at that time I was an enthusiastic supporter of Sartre and of all his positions, including the one he later regretted – to say that in the USSR, which they visited with Simone de Beauvoir in 1953, all citizens had the right to criticize the government—and said he had lied when he wrote it. And I remember, above all, the enormous difficulty we had with my teacher from the Alliance Française, the unforgettable Madame del Solar, to locate in Les Temps Modernes Article of Francis Jeanson that unleashed that polemic —it was full of inventions and lies against Albert Camus—, and the essays by Sartre and Camus that continued it. Then, upon the latter’s death, at the age of 46, in that stupid car accident, Sartre published a warm note saying that Camus had been his best friend. It doesn’t look like it, at any rate; the truth is that both disputed a kind of intellectual leadership in the France of that time.

The controversy was mainly due to Stalin’s anti-democratic intransigence, that is, the concentration camps in the USSR, where real or supposed dissidents were sent. Sartre did not deny that they existed, but he justified them in the name of the socialism of the future, which, according to him, would eliminate all those iniquities of a government that now, supposedly harassed by the enemies of the right throughout the world, resorted to them to defend itself. As if the blood of the innocent punished that of the guilty, an intolerable thesis. Camus argued that a decent man respectful of human rights should denounce the excesses of the USSR with dissidents as if it were an outrage by dictatorships and right-wing governments. This position seemed much fairer than the previous one, although some of us did not see it that way at the time.

Also Read  Last minute of the war in Ukraine, live | Zelensky: "The fate of Donbas is decided in Severodonetsk" | International | The USA Print

Since then, the supporters of Sartre and Camus—who were the most important thinkers in France, it was said—divided into opposing factions. I confess that my admiration for Sartre at the time led me to support him, and that I only broke up with him years later, when he declared to Madeleine Chapsal, director of the literary page of LeMonde, that African writers should renounce literature to first make the socialist revolution. He, who had taught us that one could be a writer anywhere in the world, denouncing the abuses of reaction among other things, now condemned us to make the socialist revolution before being writers, like any fanatic. That, for me, who had already decided on literature largely due to his teachings, was the end point of my admiration for the French philosopher. I thought so, at least, but I still discover in my guts that the old enthusiasm for the existentialist thinker shows itself from time to time, when journalists or books remind me of the positive things he wrote or did in his life. And there were many, just in case.

But that polemic between Sartre and Camus was published only in Les Temps Modernes and, I think so at least, it did not have the slightest repercussion in Latin America. In any case, I don’t remember her, and at that time I was very involved in political affairs throughout the continent. I think that in this, the attitude of the communists of Peru was very followed by those of all countries, although, perhaps, it had a certain repercussion in Mexico or Argentina, that is, in the larger countries. Not much in any case. Rafael Uzcátegui, however, believes the opposite, and reading his essay, one gets the impression that throughout the new continent people on the left were divided after hearing about this controversy, among those who opted for a Stalinist line of systematic intolerance against the other socialist currents and those who coincided with the restraint of Albert Camus. In any case, I didn’t even know about that great controversy, nor do I think it existed.

Also Read  Chile raises its interest rate to a historical maximum of 9.75% | The USA Print

My impression is that the intolerance of the left in Latin America derived directly from what was happening in Moscow, of which the communist leaders were simply obtuse instruments, and that, for this very reason, Latin American communism was always very much in the minority in almost all the countries. of the new continent, including what happened in Bolivia during the first period of Paz Estenssoro. Then came the controversy over the guerrillas, to which the communists and Moscow were quite allergic, and to which, however, Fidel Castro supported, at least publishing in millions of copies the little book in this sense by Régis Debray. At least I remember that debate that was so widespread throughout the continent and that caused so many deaths, even in Peru.

Rafael Uzcátegui’s book is, moreover, quite nice and convincing. It reads with pleasure and ease. I wish there was such a sensible left in Latin America as the one he and his friends (very few, I’m afraid) describe in the pages of his essay (which, needless to say and be amazed, has been published in Venezuela itself), and which is accompanied, like a very modern book, by drawings of comic strips between the brainy essays of its author. It also has a prologue by Tomás Ibáñez. But that left does not exist, or is not strong enough to give a democratic left tone to its extremist supporters, whose intolerance is manifested above all against the democratic left and democracy in general, a true Stalinist obsession, as has been seen in these days when almost all the leftist governments in Latin America have silenced or, much worse, supported the madness of Vladimir Putin and his henchmen of invading maliciously, and committing unspeakable crimes against Ukraine, accusing his government of being a gang of Nazis.

I don’t think anarchism has much of a future in Latin America or in the world. It was an ideology that was wrong from the beginning, when its followers resorted to direct action, assassinating or bombing their presumed bourgeois enemies, and the result of these crimes was repudiated by the majority and assumed only by tiny sectors. Of course, it is encouraging that Rafael Uzcátegui and his friends have a much more open and tolerant attitude and assume a democratic will in his political action, something that his predecessors lacked. And so it went.

I never felt much sympathy with anarchism, although I did as a novelist, because of the fantastic adventurous lives that many of its leaders had, especially Bakunin, and that made me want to narrate them, if there weren’t so much literature accumulated about them. Rafael Uzcátegui and his friends are less violent than their elders of the previous generation, and much more effective, it seems to me, in their fight for the dignity of all the refugees in the world. These are millions and of various kinds. His attitude is the good one: help them all, without asking why they are refugees, or from whom. They all deserve our compassion and our help, despite the ideas he expressed in that polemic with Albert Camus, Jean-Paul Sartre.