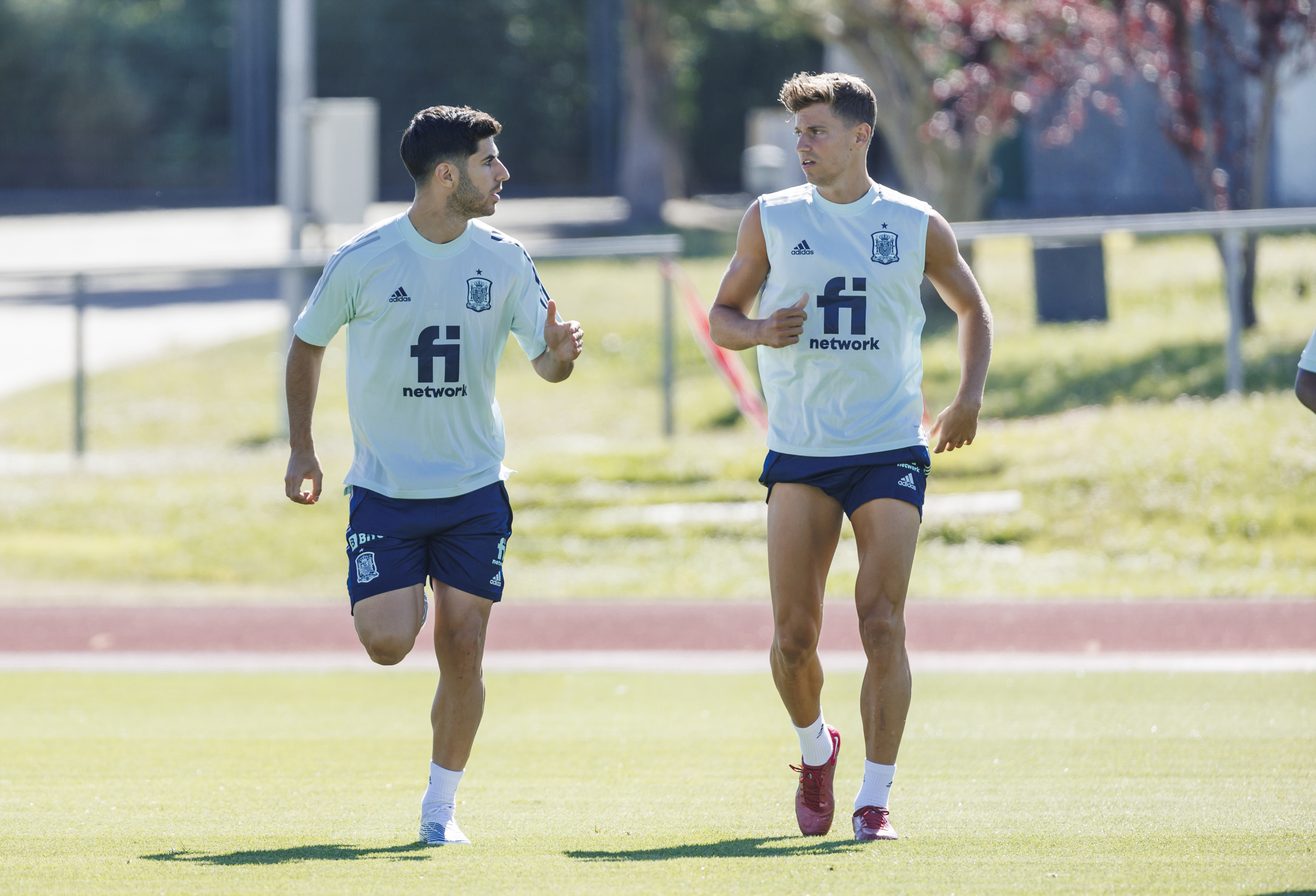 In addition to the return of Ansu Fati, the summons of Marco Asensio was the other great novelty of Luis Enrique’s list for the four Nations League games that Spain must face in the next 11 days, the first of them tonight in Seville, at the Benito Villamarín (20.45, TVE1), against Portugal.

The inclusion of the Real Madrid attacker was the classic decision with which the coach usually surprises in his calls. As with other names that also caused surprise (Abel Ruiz, Robert Sánchez, David Raya, Gavi, Eric García), Luis Enrique cited Asensio based on a logic that is only within his reach and with which he has returned the team to closeup of European football. Asensio, despite signing his highest scoring season since he became a professional (12 goals), had not had much prominence in his club, except for a stretch in the middle of the course and another in the final stretch of the league championship. Except in the second leg against Paris Saint Germain, he was a substitute in the great European nights that have led Madrid to the conquest of their fourteenth European Cup. “I have seen what I have always seen. It is true that in his team he is not acting too much, but what they do here with us is more important. He may be the first surprised, ”explained Luis Enrique about the call from the madridista the day he released the list. Asensio was not part of a call since the 6-0 defeat to Germany in November 2020. A year and a half later, the Asturian coach has granted him an opportunity, but also a warning. “Let’s not kid ourselves, there are casualties in his position (Oyarzabal, Gerard Moreno), but that doesn’t mean he won’t come back. The opportunities are there to take advantage of them, ”the technician also slipped to explain his call.

There is in this return of Asensio an attempt to recover a footballer who has always been in the coach’s head as one of the solutions to open up teams that close behind, one of the great obstacles that the team faces in the most encounters. When Luis Enrique first took charge of the national team in September 2018, Asensio was on his first list. At that time, Luis Enrique also warned that “there will be cases in which a player is not a starter in his team and here he comes.” When he started his second stage in August 2020, in his first international relationship he was also enlisted. “I see Marco very well. He is a top player, he has enormous quality. I have always considered that the player who comes is him because he deserves it. The important thing is to be there, training I have seen him very well and we will see when he competes ”, Luis Enrique praised him yesterday. Pointed out at the time as one of the great talents of Spanish football, his worst moments coincided when the responsibility of being Cristiano Ronaldo’s replacement fell to his club. The pressure overcame him and since then he has not finished signing a good season from start to finish.

With his future at Real Madrid in the air —contract ends in June 2023—, these four games and his commitment to daily work are a revalidation for a footballer in which the coaching staff and sports management of the federation have waited big things. Asensio is aware that his chances of going to the World Cup pass either by finding a team in which he ends up exploiting or competing with Vinicius, Rodrygo, Valverde and Hazard at Real Madrid. On Monday, in an interview on Cadena SER’s El Larguero, he assured that he is going through a moment of maturity and left the door open for a transfer from the hand of his new representative, the Portuguese Jorge Mendes: “I want to continue growing and I’m hungry of much more. Will have to see. I will make a decision this year. If not, it will be the next. I want to grow in everything and have continuity throughout the year, not three or four months, but you have to respect the coach’s decisions”.

With a fixed block at the head of Luis Enrique of about 18 players, Asensio is looking for a place in those few places that are free for the World Cup in Qatar. In addition to the absent Gerard Moreno and Oyarzabal, he will have a tough and direct competition with Sarabia and Ansu Fati. “The players who have given me confidence and who I think have given the level will come”, Luis Enrique said yesterday, who also warned that “the players are not stupid and they know that the list is always open. There will be surprises before the World Cup, with young or not so young players who give a very high level”. The particular logic of Luis Enrique.