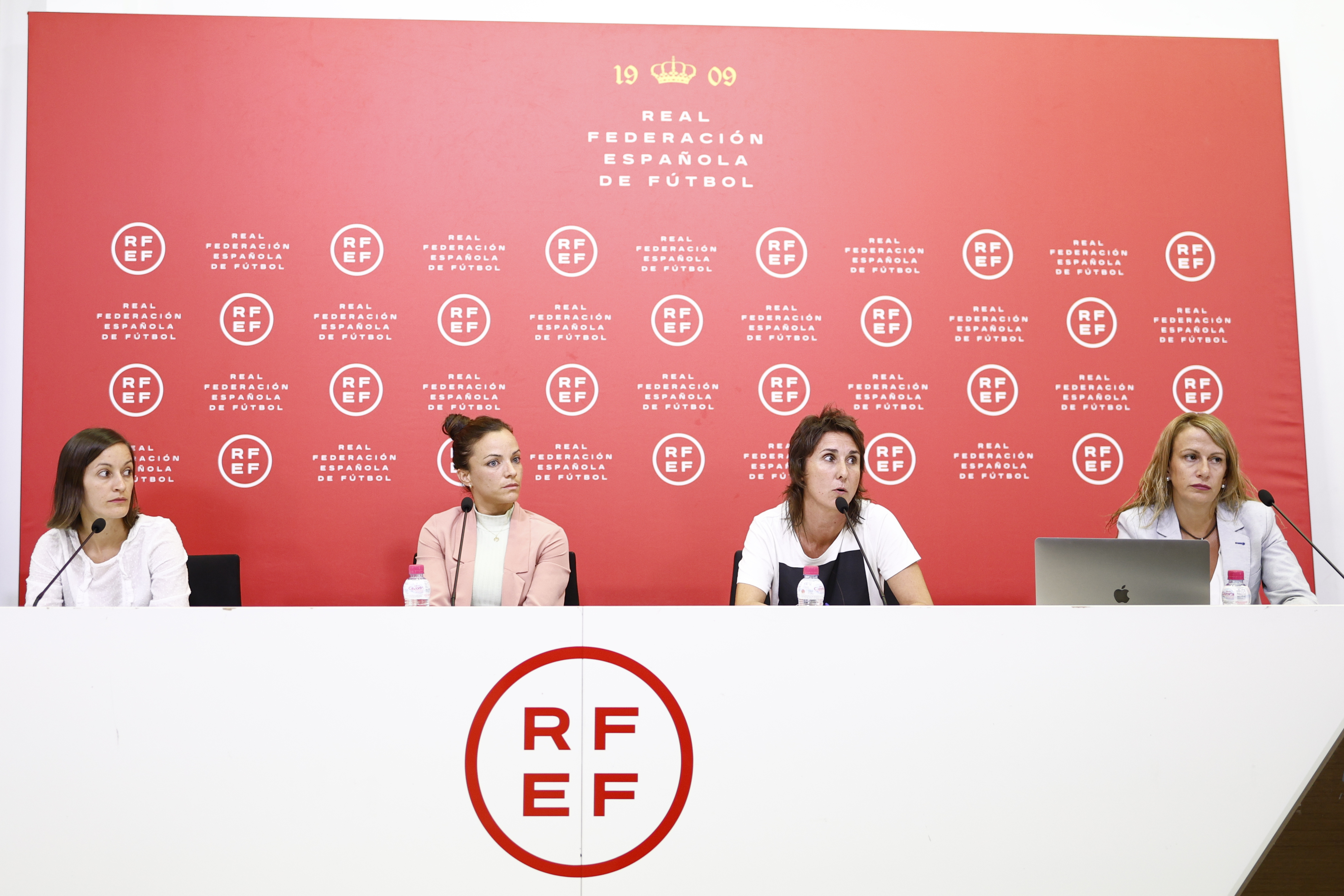 The arbitration group has explained this morning at the Ciudad Deportiva de las Rozas in a press appearance the reasons for its indefinite break with which they have put Spanish women’s football in check. According to the members, the jump to professionalism that the league has experienced this season has left them on the sidelines, forcing them to work in conditions that do not allow them a full life. That is why they have said enough and have stood up, which caused the first day of the F League to not be held last weekend as they did not appear in any of the fields. After that, the management decided to denounce them and make them responsible for the fact that the competition has not yet been able to start. Neither will the Queen’s Cup this week, to which the members have declared that they will not attend unless an agreement is reached.

The referees feel attacked by the F League, with which they do not want to talk since they have been denounced and, in addition, it is with the Federation that they have to deal, because the group is subject to that entity. The Higher Sports Council had summoned the referees for this Monday afternoon to discuss the issue and show their support, but has decided to go one step further to sit down with the F League and the Federation and resolve the conflict once and for all .

This Monday morning, three referees, Marta Huerta, Guadalupe Porras and Marta Frías, accompanied by the head of women’s arbitration in the federation, Yolanda Parga, have accused LaLiga of blocking the negotiation on their benefits. They say that they have been planted in an amount that in some cases does not even reach the minimum interprofessional salary. “We finally have a professional league, but we are the only group that is not. We demand labor stability and a decent salary that will grow progressively”, said Huertas, reading a statement signed by all the referees. As they have explained, the negotiations between employers and the Federation, the entities in charge of setting the remuneration of the referees, have not advanced since June because the Liga Festá anchored in an offer of 3,300 euros per game for the entire referee team. “The proposal of the F League, which has been maintained from June 27 until last Friday, the day before the competition begins, is 3,300 euros for the main referee, the assistants, the fourth referee, the informer, the delegate of the party”, explained Parga, emphasizing that this amount must also serve to cover everything related to travel, hotels, clothing or seminars.

“How much is the dignity of an athlete woman worth?” Porras wondered, who has remarked that they dedicate themselves 24/7 to preparing for their work and often have to bear large expenses to be able to do it. For them, the figure is clear and round. “What we are asking for is a sixth of what a referee earns in the men’s first division,” Porras remarked. A main referee of the first men’s category receives 300,000 euros a year, so the amount they claim is 50,000 euros.

Their request, however, is not immediate, but they propose to do it progressively until they reach that figure that they consider worthy. “That is a final objective”, commented Frías. “Of that money you have to count the trips, hotels and everything that is social expenses. We are claiming our rights. We do not charge if we get injured, if we fall ill, if we do not whistle. If any person cannot go to work, they are covered. We are not claiming something economic, we are claiming our right to have a contract, something that all the people in this room have and we do not”, she remarked to the journalists and referees who have come to the hearing to show their support.

The Government will create an investment fund for communities to use European loans | ...

The Supreme Prosecutor’s Office supports annulling the conviction of Echenique and Del Olmo for taking...

Challenges and levers of an aging economy | Business | The USA Print