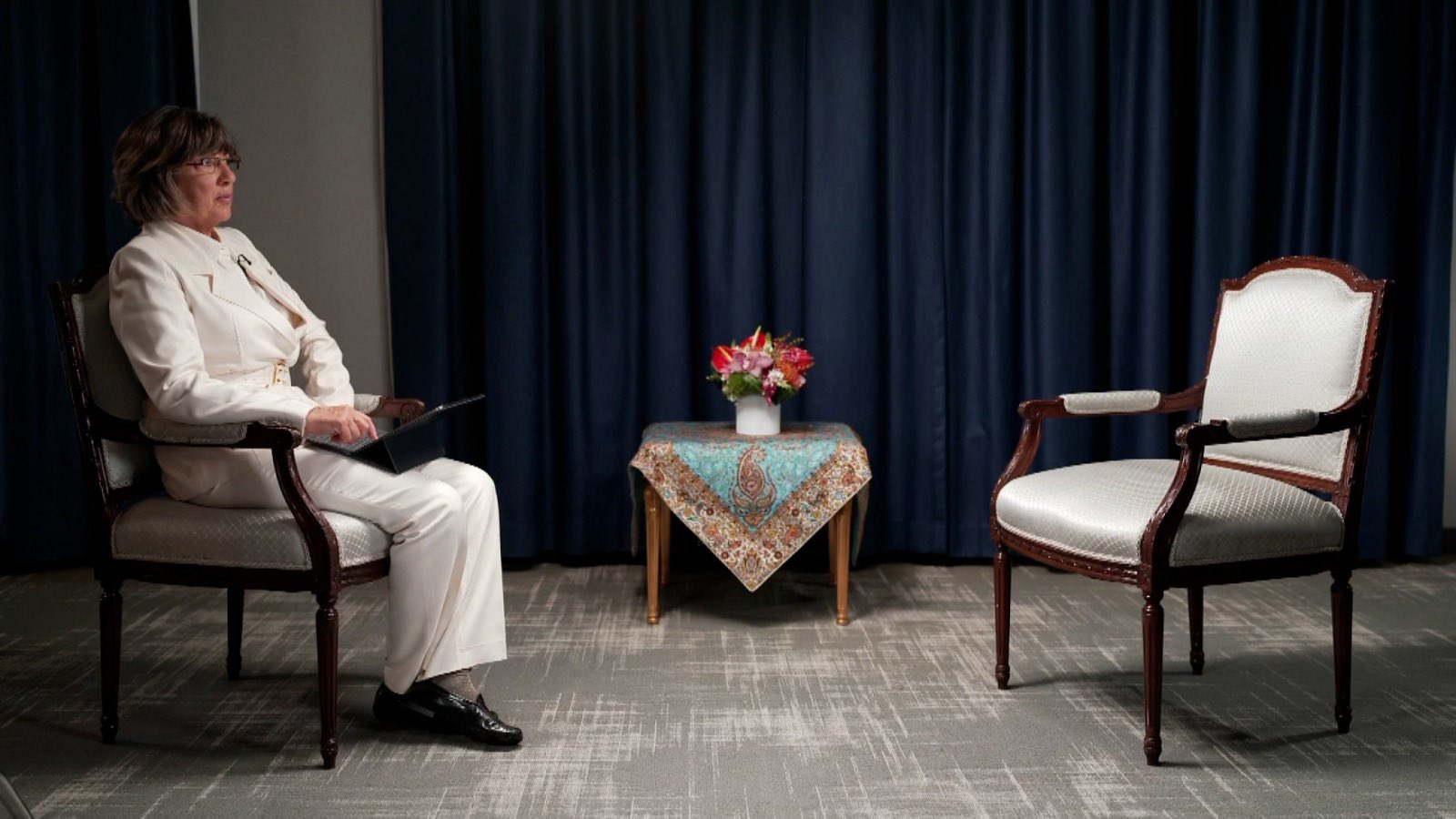 The president of Iran, Ebrahim Raisi, has refused to grant a previously arranged interview to the CNN journalist Christiane Amanpour for refusing to cover his head with a scarf, according to the communicator on his Twitter account.

The journalist, head of CNN International, has recounted in detail what happened in a Twitter thread. “Protests spread across Iran as women burn their hijabs following the death last week of Mahsa Amini, following his arrest by the ‘morality police’. Human rights groups say at least eight have been killed. Last night I planned to ask President Raisi about all this and much more, ”she begins her account.

“This was to be President Raisi’s first interview on US soil, during his visit to New York for the United Nations General Assembly. After weeks of planning and eight hours of preparing the translation team, the lights and the cameras, we were ready. But no trace of President Raisi”, he continues.

Protests are sweeping Iran & women are burning their hijabs after the death last week of Mahsa Amini, following her arrest by the “morality police”. Human rights groups say at least 8 have been killed. Last night, I planned to ask President Raisi about all this and much more. 1/7

“40 minutes after the start of the interview, an assistant came over. He said that the president suggested that he wear a headscarf, because they are the holy months of Muharram and Safar. I politely refused. We are in New York, where there is no law or tradition about the scarf. I pointed out that no previous Iranian president had demanded it when he had interviewed them outside of Iran,” adds Amanpour.

“The aide made it clear that the interview would not take place if he was not wearing a headscarf. He said it was “a matter of respect”, and referred to “the situation in Iran”, alluding to the protests sweeping the country. Once again, I told him that I could not accept this unprecedented and unexpected condition. And so we left. The interview did not take place. As the protests continue in Iran and there are deaths, it would have been an important moment to speak with President Raisi”, he concludes.

The death last Friday in police custody of Mahsa Amini, a 22-year-old girl who had been arrested for not wearing her hijab or Islamic veil, has unleashed a wave of protests in Iran, which this Sunday spread from Iranian Kurdistan, where the young woman was from, to Tehran. Hundreds of demonstrators gathered around the university in the capital chanting the slogan “Woman, life and freedom”.

The repression of the protests over the death of the young woman has caused several deaths. The Iranian Interior Ministry is investigating what happened in the hours that Amini entered a police station, in apparent good health, and left in an induced coma. “We have to wait for the medical results to understand the cause of her death, because she apparently had a series of medical problems,” Interior Minister Ahmad Vahidi said a few days ago, causing even more outrage.

On social networks, some women have shared videos of walking through the streets of Iran without their hijab, and have recorded the aggressive reactions of some men who forced them to wear them, or the arrests of some activists. Others have burned their scarves in improvised bonfires during the protests and others have chosen to cut their hair as a form of protest.