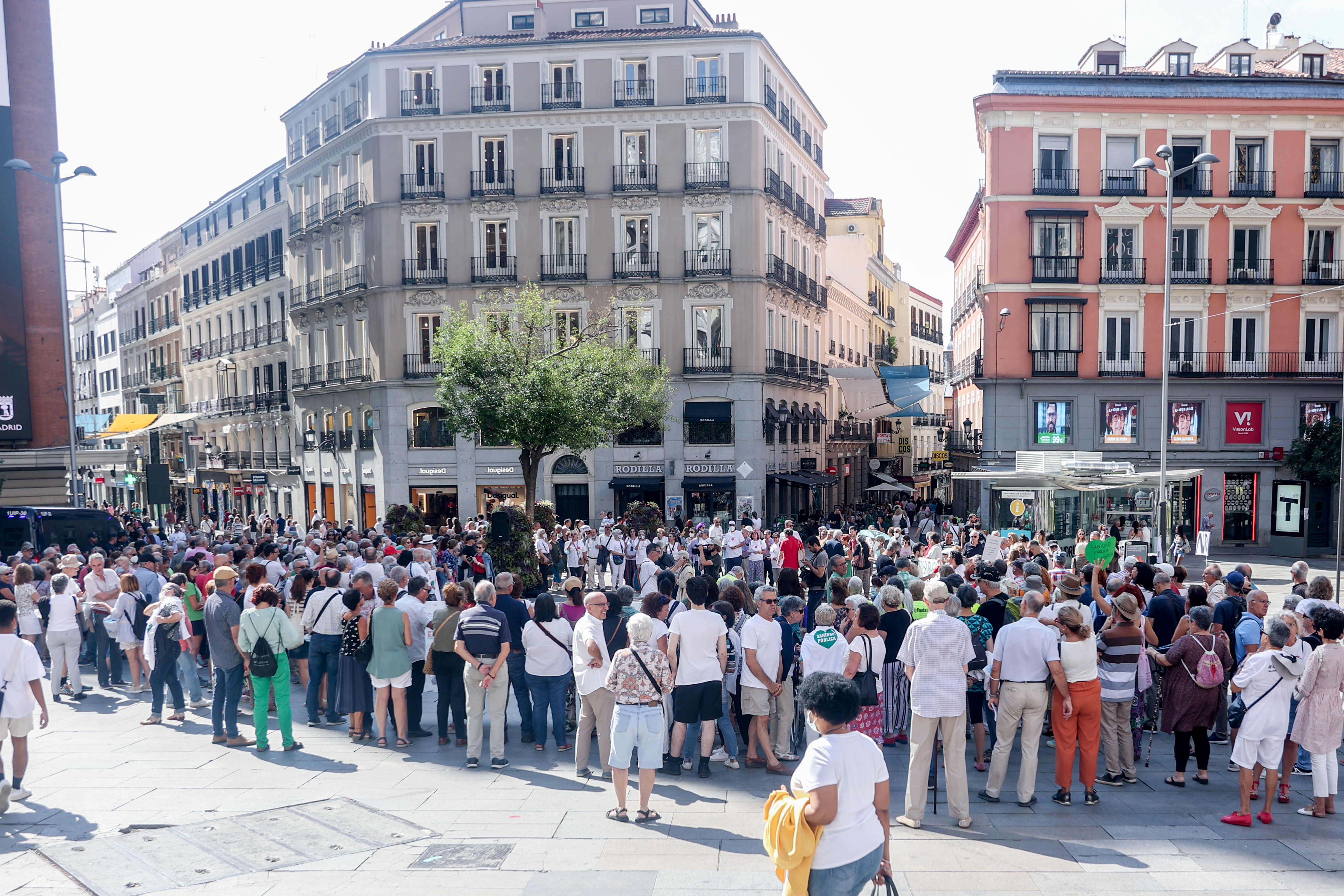 The rectification of the president of the Community of Madrid, Isabel Díaz Ayuso, on the reopening of the 37 Primary Care Emergency Services (SUAP), without exception, has been confirmed with the last step: sitting down to negotiate how it will be done with the unions. And it has a date: throughout the month of October, something that the leader already announced in the last debate in the region. It is somewhat that, on the one hand, the citizens who took to the streets in Getafe, San Fernando de Henares or different districts of Madrid during the months of June and July shouting in defense of public health sign up. And another for the opposition and the workers’ representatives, who have pressed to reverse one of the star measures of the PP government that it announced to the media with great fanfare: of the 37 out-of-hospital emergency services (from health centers ), only 17 were going to open, seven of them without doctors. None of that will happen in the end. This Thursday, the administration committed itself to the unions at the sectoral table and set a date on the horizon to implement the new plan. “Now we can really believe it,” said Julián Ordóñez, from UGT, who until now had not believed the promises of rectification thrown into the air.

There is something new, it is also true, although it will affect patients little. The SUAPS and SAR (Rural Care Service) nomenclature will disappear and the service will be included in what will now be known as Continuous Care Points (PAC). Between them, there will be a total of 78 citizen service points, the same ones that existed before the pandemic, when the Community of Madrid closed them to move its professionals to the Isabel Zendal Nursing Hospital (HEIZ). In addition, there will also be one more change, of an administrative nature, since the PACs (and their professionals) will depend on Primary Care, instead of being under the tutelage of the Emergency Medical Service (SUMMA 112) as before. Yes, there will be something that will directly affect patients: the 19 provisional Home Care Units (HCUs) created during the pandemic will remain under the tutelage of SUMMA and the new PACs will all have a staff made up of doctors, nurses and caretakers, a red line that the unions had raised in their collective bargaining.

“The staff of the new PACs will be made up of the categories of doctor, nurse and caretaker), all of them SAR professionals and SUAP personnel forcibly displaced in Zendal,” celebrated this Thursday Mariano Martín-Maestro, spokesman for CCOO. The intention, he stressed, is that the opening takes place during the month of October. “And the process of creating and modifying the workforce, the reorganization of troops, the new working day and salary supplements will be negotiated at the sectoral table,” he insisted, something that the Administration has promised to do.

Julián Ordóñez, from UGT, who at the end of June was incredulous at Ayuso’s promise to back down, also celebrated what he considers “the success of the citizens, that people take to the streets to protest something”. Although what is behind that rectification, he added, may be more related to an electoral campaign that will start soon. “Asking for the vote with people protesting in the street for something like health does not look very good,” he ironized.

“Despite our previous doubts, we have been asked to change the model. We’ll see how it develops,” added Ángela Hernández, general secretary of the Amyts doctors’ union, “because they haven’t provided us with any documentation.” “There is an opportunity [de hacerlo bien]. We would like to open a serious and consensual negotiation of the plan, which has not been negotiated since 2007 and it seems that now from the council they want to run a little more, perhaps due to political times, ”he added.

The origin of the controversy began two years ago, when the 37 SUAPs were closed to refer their workers for organizational reasons. During all this time, there have been many protests from citizens and workers to reopen their doors. But the bomb exploded on June 20. The Community of Madrid then announced that it was going to change the model of out-of-hospital emergencies now that the highest peak of the coronavirus pandemic had passed. And that, despite the fact that the tension was noticeable in hospital emergencies, which assumed all those people who came to their health center before March 22, 2020, when the blinds were initially lowered temporarily.

The temporary became permanent. The Minister of Health, Enrique Ruiz Escudero, met with the press to tell about his plan, and he did so at the hands of the then General Director of Health Assistance of the Administration, Jesús Vázquez, one of the ideologues of the new structure. Both broke down what horrified the opposition, unions and patients: of the 37 emergencies in health centers they were going to disappear completely and, instead, only 17 emergency care points would open, 10 of them with doctors and seven only with nurses, and that would even lead to a new name: continuing care centers (PAC).

Decommissioning of the network

The protests were not long in coming. The streets were filled with shouts for what, the demonstrators understood, was a dismantling of the public health network. The president herself experienced an attempt at rejection among some residents of the Vallecas district, who rebuked her when she went to visit a supermarket in early July.

“What we are experiencing these days is a use of health centers by the left and, specifically, the left-wing mayors of the Community of Madrid, who have already organized for it and who are using public facilities, post offices of the City Council, public social network accounts to campaign against the Community of Madrid”, the president then insisted, without mentioning the images that were being published in different media such as EL PAÍS about the long queues of patients waiting in hospital emergencies people from Madrid “The only thing it does is transfer a false image of the Public Health of the Community of Madrid, which is one of the best in the world.”

Of the best in the world or not, ten days after the announcement of the new out-of-hospital emergency plan, Ayuso announced a reverse gear. Shortly after, at the end of July, the dismissal of Jesús Vázquez as General Director of Health Assistance of the Administration was announced. And now the rectification is already effective: the new plan, which takes into account all the centers, begins, predictably, during the month of October.