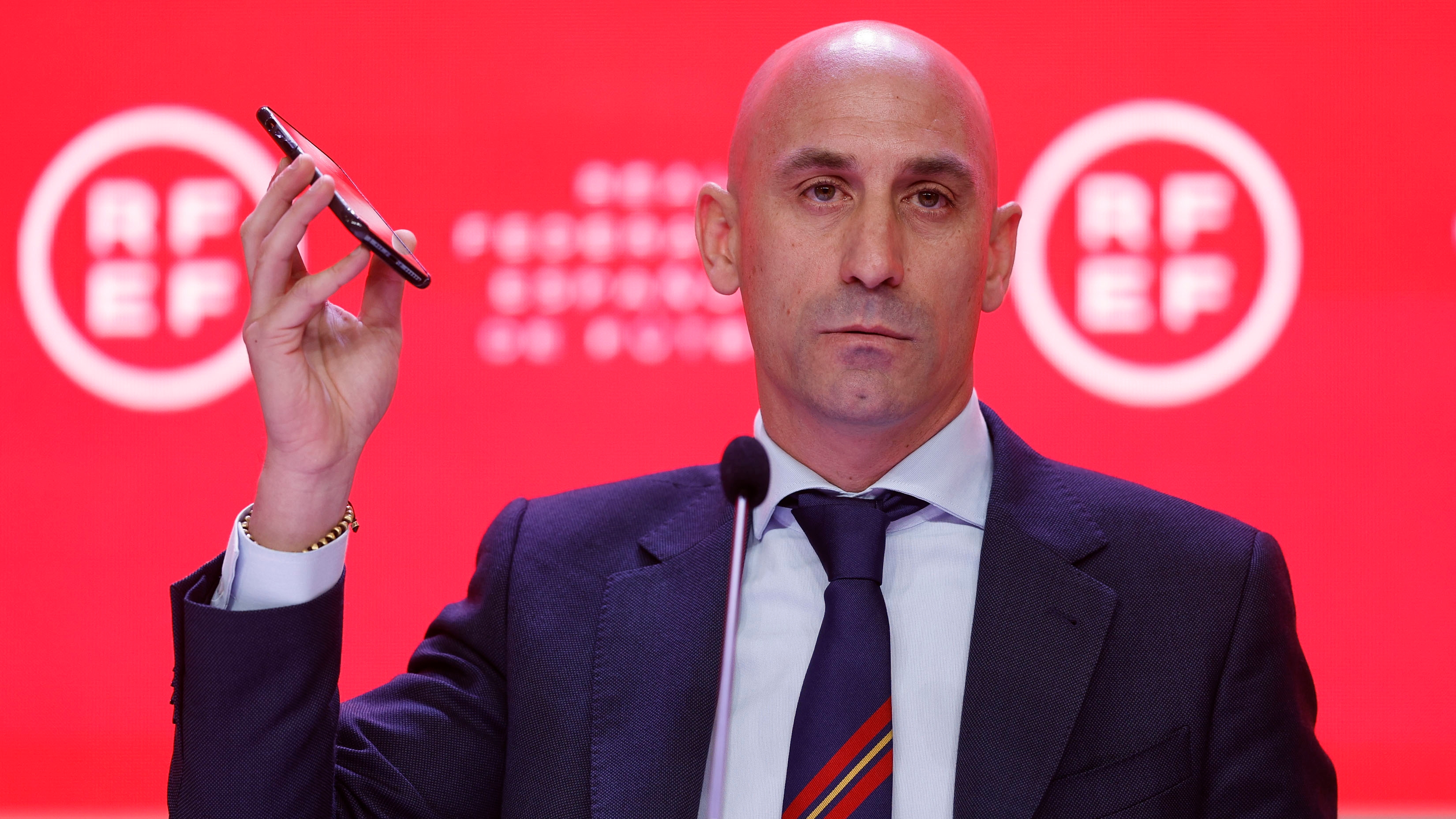 While Luis Rubiales recounted this Monday to the members of the Assembly of the Spanish Football Federation the bonanzas of his management and explained some of the rugged issues that surround it, his uncle Juan, a federative employee, was preparing to testify as a witness, in the Anti-Corruption Prosecutor’s Office. The prosecutor José Miguel Alonso summoned Juan Rubiales as part of the investigations initiated as a result of the complaint filed against his nephew and Gerard Piqué by Miguel Galán, president of the National Training Center for Football Coaches (CENAFE) based on information revealed by The confidential on alleged irregularities in the management of the current federative president. The contracts between the Federation and Saudi Arabia and the commissions that the mercantile Kosmos received for the Super Cup dispute in the Saudi kingdom, in which the majority of the Barça player participated; a trip to New York paid for by the federative entity, the expenses for the espionage to David Aganzo, president of the soccer players union (AFE), as well as the payment by the Federation of the rent of an apartment in Madrid to the president are the object of said complaint. Galán himself filed another complaint this Monday, this time, before the Majadahonda courts.

The presence of Juan Rubiales before the prosecutor described a broken family and professional relationship for approximately two years, when he was dismissed as a member of his nephew’s presidential cabinet, and went on to work at the Museum of the Federation after several months without employment. within the organization. At the moment, Juan Rubiales is on sick leave due to depression and the disagreement with his nephew has led him to file a complaint with the Federation for psychological harassment and mobbing at work, for which there is a conciliation act scheduled for the next 28 of June. Another complaint was filed in the Plaza Castilla guard courts by Juan Rubiales and according to sources close to him, both complaints include attempts by federal employees to intimidate him by showing up at his home and intimidating emails.

The testimony of Juan Rubiales, who handed over the computer he used in the federation to the prosecutor, may be compromising for his nephew’s defense. At the end of the statement he confessed to some of his relatives that he felt liberated. His uncle, who was present on the aforementioned trip to New York paid for by the federation and described as “pleasure” in the complaint, ratified the information published in this regard. However, in the two hours that he was testifying, most of the questions that the prosecutor asked him focused on the Saudi Super Cup contracts.

In his speech in the Assembly, Luis Rubiales made indirect reference to his uncle. “That employees of the Federation are passing information and attacking when we are in the best moment of our history…”, lamented the federative president. “The federation covers a trip for three people who work in the Federation. One is me and two others are collaborators. The RFEF does not cover anything else. It’s a business trip with scheduled meetings. Nothing more. They mutilate the names of two collaborators to make it appear that I am going alone on that trip. I am accountable for my work, not for anything else,” said Luis Rubiales about the controversial trip to New York. For this, the 406 million euros in income are the basis for the aforementioned “best moment in our history”. The 2021 accounts, with a profit of 32 million euros, could not be approved because LaLiga has claimed 267 million euros from the Federation that it paid for different concepts and, according to the employers, they have not been duly justified. Given this, the auditors have requested a period of time to verify and clarify the destination of that money. Rubiales summoned the assembly members to approve the accounts in approximately one month.

Rubiales, who was supported in a previous speech by Alejandro Blanco, president of the Spanish Olympic Committee, was escorted by Andreu Camps, general secretary of the federation, and by Tomás González Cueto, external commissioner. The first defended that not a single euro from the federation has been used to pay espionage on David Aganzo. The second, assured that the payment of the rent of an apartment to Rubiales is legal alleging an Assembly of 1989 and a board of directors of 1988 in which it was not specified, according to González Cueto, that for this the president, at that time, Ángel María Villar , should be registered and reside in Madrid. However, in the 2018 minutes of the first Assembly of Luis Rubiales as president, in which reference is made to that of 1989, it is specified that it would be granted “when he had residence outside the Community of Madrid”,

The Assembly also ratified the president’s new remuneration modality, without percentages on federal income, and approved an annual salary of 675,000 euros gross per year, plus another 3,000, also gross, as housing assistance.