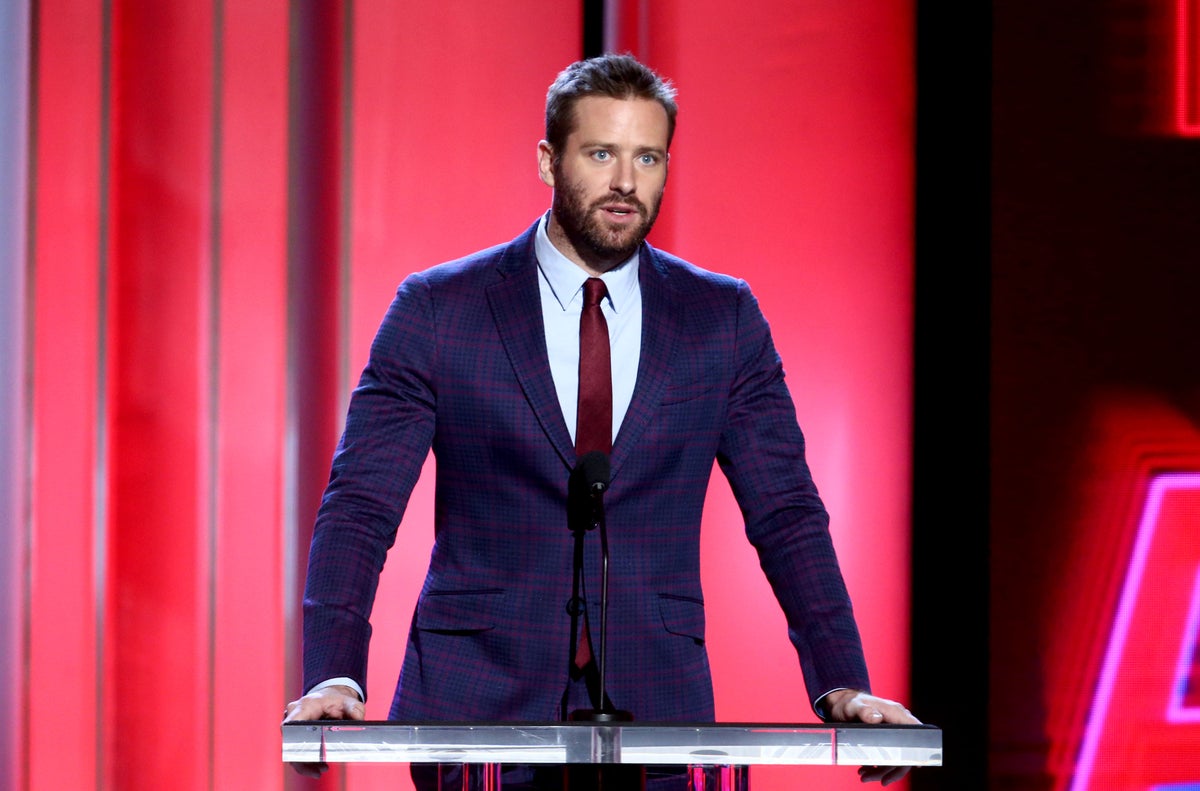 Armie Hammer finds himself in the eye of the hurricane again, after the trailer for the Discovery Plus documentary was released The House of Hammerproduced by the actor’s own aunt, in which his practices of cannibalism and violence are discussed.

Despite the fact that the actor has repeatedly denied it, there are messages that he sent through the internet to different women in which he reveals his inappropriate behavior, including violence in intimate encounters. However, the actor only admits to having had extramarital affairs “consensual, discussed and mutually agreed upon.”

In early 2021, the Los Angeles Police Department launched an investigation after a woman accused Armie of rape, later revealing more testimonies and screenshots as evidence of her harassment. Since then, Hammer has several complaints of sexual abuse and harassment, which Discovery+ He took on the task of investigating to make a documentary that includes testimonies from the artist’s own family.

Some of the women who participated in the production with their testimonies, such as Courtney Vucekovich and Julia Morrison, appear in the preview of the docuseries that will be broadcast in three parts, where part of their testimonies can be seen.

“I am 100% cannibal. I’m going to bite you, ”says one of the messages he wrote to one of the women who testifies in front of the camera.

Some of the exchanges are even through voice messages in which the actor can be heard telling a woman that he wanted to tie her up and incapacitate her through violent sex.

“Showing up at your house and completely tying you down and incapacitating you and being able to do whatever I want with every single hole in your body until I’m done with you,” he says. voicemail.

Both women agreed that Hammer threatened to remove their ribs to “grill and eat” and one of them claimed to be marked with an “A” on her thigh after the actor stabbed her with a knife until she could lick up the blood.

Casey Hammer, aunt of the actor, speaks and describes how the men of the Hammer family, billionaires in their majority, were violent and of strange behavior for generations.

“When all this stuff about Armie came out, I wasn’t surprised. It’s not just that you wake up and become this dark controller, abuser. This behavior is deeply ingrained [en la familia Hammer]Casey said.

According to the production company, in 1920 Armie’s great-great-grandfather, Armand Hammer, was convicted of involuntary manslaughter for a botched abortion he performed on the wife of a Russian diplomat; in 1955, Armand’s son Julian Hammer shot a man to death inside his Los Angeles home over an apparent gambling debt.

Casey revealed in his book Surviving my birthrightthat her own father sexually abused her as a child.

In the wake of the allegations, Armie Hammer was fired from his agency and removed from various film projects, including the movies. Shotgun Wedding with Jennifer Lopez; Billion Dollar Spyand the Broadway play The Minutes. While his wife, Elizabeth Chambersy separated from him and limited the coexistence with his two children.

As revealed in 2021, Robert Downey Jr. financially supported Hammer to enter a rehabilitation center to treat his obsessions with violent sex, and drug and alcohol addiction.

Shortly after leaving, in May of last year, he moved to the Cayman Islands to be near his children and began working as a timeshare salesman and as a concierge in a resort because, in addition, he was disinherited by his family.