The Federation studies denouncing Javier Tebas for some audios in which he says: “We have to kill Rubiales” | Sports | The USA Print 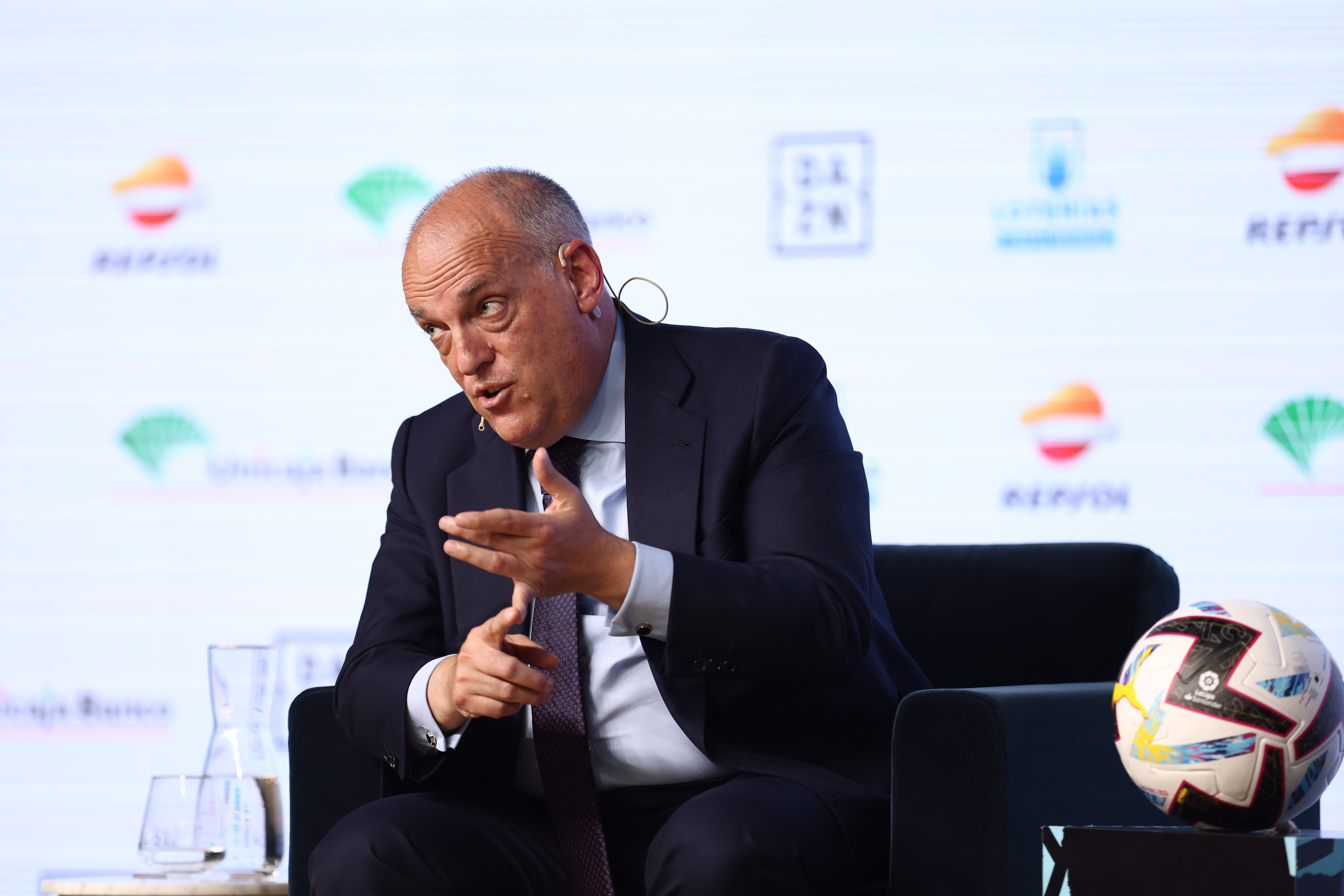 The war between the president of the Spanish Football Federation, Luis Rubiales, and that of LaLiga, Javier Tebas, intensifies day after day. After the audios revealed by The confidential about the negotiations of the federative president with Pique to bring the Super Cup to Arabia, or the recordings to the former Minister of Culture and Sports José Guirao and the Secretary of State, Irene Lozano, this Tuesday okdaily revealed a conversation between Tebas, the former secretary general of the federation Gerardo González, and Miguel García Caba, a member of the federal legal services and a former employer employee. In the audios, Tebas expresses his desire to end the presidency of Rubiales and Alejandro Blanco, the latter, president of the Spanish Olympic Committee. “Here the objective is to charge us here at the blondism, Luis… and, in line with what you told me yesterday, Gerardo, about the Córdoba issue. In the pack we can also include Alejandro Blanco. Shall we kill both of us or…?” says García Caba, to which Tebas replies: “Yes, yes. Let’s see, we have to kill Luis Rubiales. But to go faster, if you want to go for Alejandro Blanco, who is an element to kill, because it is the hand that is constantly saving his ass because he has a good relationship with the President of the Government”.

After the publication of the audios, Tebas wrote in his account of Twitter first thing in the morning: “Rubiales has sent me this Saturday (May 28) a false whistleblower (García Caba) who has appeared with one of his pen-recorders to record how I react to his complaints. This guy’s obsession with spying on and recording everyone doesn’t stop and has no limits.” Shortly after, the Federation issued a statement announcing that it plans to denounce Tebas. “As a result of the news that appeared today in the digital media okdaily, the Legal Department of the RFEF is studying the information in order to address all the possible pertinent legal actions. The RFEF regrets that the president of an organization that is part of the federative structure can conspire in a plot where it is even a matter of capturing or advising -as he himself has recognized- federative employees with the search for a clear objective: “We must kill Luis Rubiales and Alejandro Blanco”, presidents of the RFEF and the COE. For the Federation, the audios reveal that Tebas is behind the smear campaign against Rubiales in order to end his mandate.

Also Read  A Dakar Rally with many traps: "More people than usual will stay in the sand" | Sports | The USA Print

In the afternoon, after an act at the Town Hall, Tebas returned to the fray. “He has to explain to us why a deputy secretary sends me, from a third party who wanted to denounce Federation matters, and that is why I sat down with him. I have sat down in a meeting to deal with the complaints that they wanted to make me. It was a very colloquial event with Miguel García Cava, who I have known him for many years. I don’t like Rubiales as president of the Federation and I have tried to keep LaLiga clubs from supporting him. He is public and notorious. But now he is trying to divert the subject by saying that I am with a strategy, but it is he alone who is sinking.