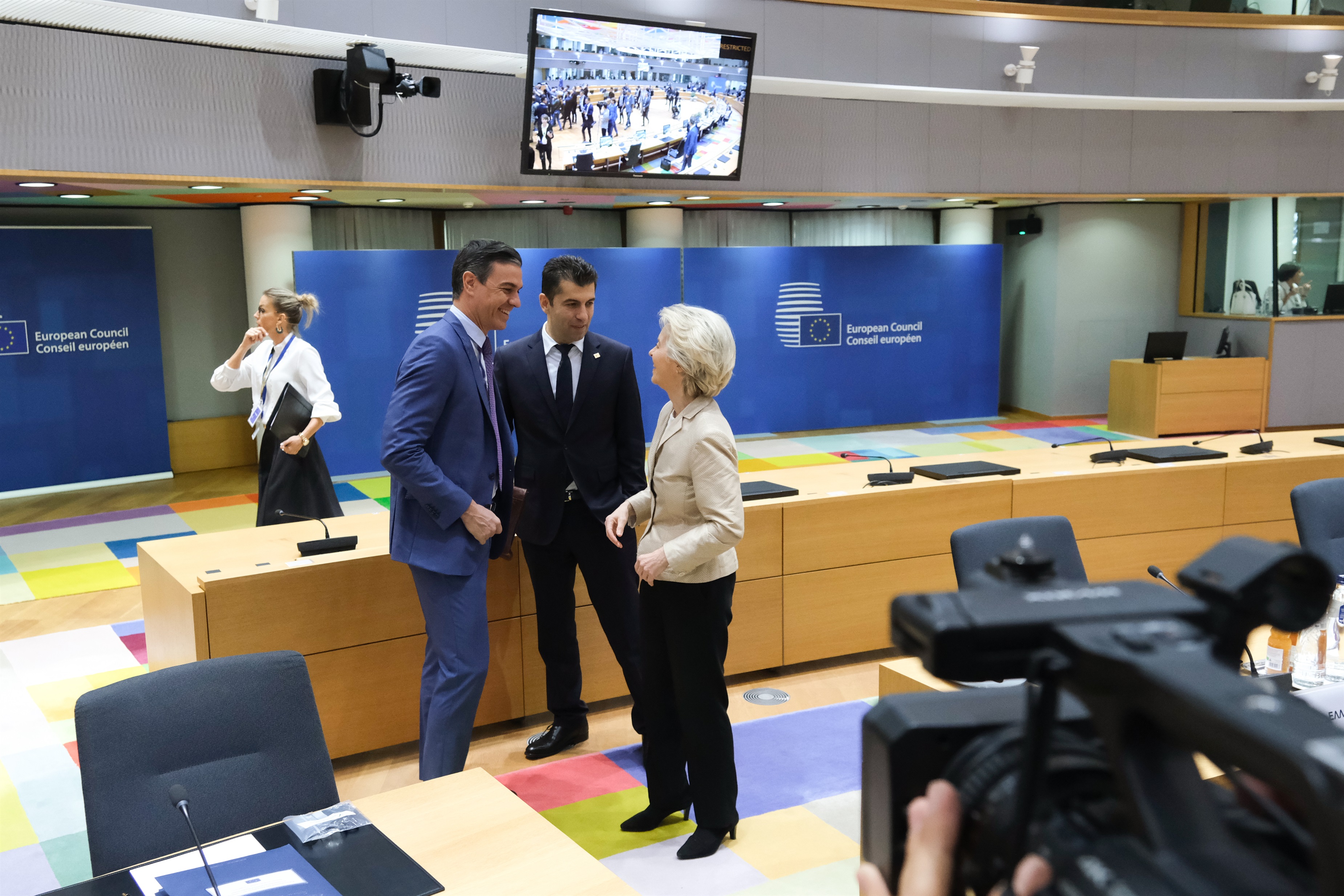 These are war times and the metallic hammering of the arms factories in the European Union begins to resonate in the background. After closing a partial veto on Russian oil, the Twenty-seven reached an agreement on Tuesday to give a joint boost to their defense capabilities, diminished after years of digesting the Cold War and further weakened by the latest ebb of the fall of the curtain steel: the Russian invasion of Ukraine. The EU leaders, who have met this Monday and Tuesday at an extraordinary summit in Brussels, have agreed to search “as a matter of urgency” for measures to coordinate defense supply at the community level.

The objective is to immediately replenish the reduced stocks after the support provided to kyiv, a key arms flow to enable Ukraine’s lines of resistance against Russia, in addition to the creation of a “short-term” instrument that allows strengthening the European defense industrial capabilities “through joint acquisition”, according to the conclusions agreed by the Twenty-seven at the summit. These purchases would be voluntary, in the style of what was already agreed for gas purchases or covid vaccines. A European Joint Defense Investment Programme, also included in the conclusions, could become the framework that would provide financial coverage for this rearmament both in the short and long term.

The leaders have also agreed to examine how to give “a strengthened role” to the European Investment Bank “in support of European security and defense” and seek to explore exemption from VAT tax for “European defense projects of great common interest”. ”.

The lines agreed upon between the capitals during a monothematic summit, with the war as background decoration and Ukraine turned into the absolute protagonist of the community script, are of an unusual ambition and ride on the backs of the growing spirit of rearmament that vibrates in the four corners of the continent in response to the belligerence of the Russian neighbour. If, as is often said, the EU advances through crisis, the day Russia put its boots on Ukraine, the point of no return of one of the original taboos of the Union was lifted: common defense.

The summit has served to warm up engines on a good number of sensitive issues: food security —in which Brussels risks its credibility with African countries in the face of Russian propaganda—; the financing of the needs of the Ukrainian state — to pay from pensions to salaries of civil servants; the EU has committed 9,000 million euros for this item—and the reconstruction of the country once the war is over, to which is added the energy debate that causes the disconnection of Russian fuels in the medium and long term, linked in turn to the ecological transition.

“We have to be a military power”

“What we have learned from the war in Ukraine is that trade is not enough, the rule of law is not enough, it is not enough to be a good civil power, we also have to be a military power,” the chief said on Tuesday. of European diplomacy, Josep Borrell, in an appearance just before the start of this second day of the summit in Brussels, in which there is a certain sense of optimism for having saved, on the edge of the abyss, community unity with the pact reached in the midnight Monday for a partial oil embargo.

“We have to increase our military spending in a coordinated way,” added Borrell at the entrance to the European Council. ”And it’s not going to be easy because the army, defense capabilities, are the core of national sovereignty. And trying to pull the development of the army will require a lot of political skill”, added the EU High Representative for Foreign Policy, who has become one of the great defenders of European sovereignty in security matters in recent months.

The EU proposal comes at a time when tectonic shifts are taking place in Europe, ranging from the application of Finland and Sweden to join NATO to the announcement by German Chancellor Olaf Scholz that he has achieved parliamentary support to give free rein to the fund of 100,000 million euros promised shortly after the start of the war, which will allow 2% of German GDP to be allocated to defense. The member states as a whole, moved by the crude return of the war to the continent, have announced increases in their military budgets of nearly 200,000 additional million in the coming years, according to figures handled by the European Commission.

“There has been a shared conviction around the table that we need to spend and invest more in defense and also do it better,” assured the President of the European Council, Charles Michel, in an appearance at the end of the summit. The idea, he has said, would be to act “more effectively together as Europeans”, through joint purchases that contribute to a “reinforcement of the industrial base”.

At the same time, the EU seeks to avoid the fragmentation and duplication of weapons systems, which end up reducing the interoperability of European armies. “It is important that we obtain the maximum value from this additional investment”, assured Ursula von der Leyen, president of the European Commission, also at the end of the summit.

The talks of the 27 leaders on the matter started at noon in Brussels, and although it does not convince everyone equally, it has been a “consensus” debate, according to a diplomatic source. However, another high-ranking diplomat has expressed his fear of the effect it could have on the relationship between the EU and NATO and the transfer of competences in this matter from the Member States to the European Commission, the Executive arm of the EU. .

The risks of the proposal

“Is the West capable of producing the volume of weapons that Ukraine needs once supplies run out? stocks which countries are giving you? Is the EU prepared to supply the volume of weapons that the US can stop supplying if [el presidente, Joe] Biden loses control of the House of Representatives and the Senate in November?” asks a senior community source in the wake of the debate at the summit.

This voice, accustomed to struggling on defense matters, predicts a “failure” in the implementation of the joint strategy, almost before starting to negotiate. “My prediction is that it will happen as with [el mecanismo de solidaridad internacional de vacunas] Covax: great expectations to third parties that will not be fulfilled”, ditch. “The result will be an acute sense of collective failure.”

The spirit of the times, however, seems to be blowing towards rearmament. “Member States must urgently restore defense combat readiness in light of the security situation and the transfers already made to Ukraine,” proposes the communication presented by the European Commission last week on the shortcomings of the defense investment. This text confirms an overwhelming reality: from 1999 to 2021, the EU’s combined defense spending increased by 19.7%, compared to 65.7% for the United States, 292% for Russia and 592% for China.

The analysis, coordinated under the baton of Borrell, stems from the extraordinary Versailles summit in March, in which the capitals promised to “strengthen European defense capabilities” in the face of Russian military aggression against Ukraine and invited “the Commission, in coordination with the European Defense Agency, to present an analysis of defense investment gaps by mid-May and to propose any other initiative necessary to strengthen the European defense industrial and technological base”.

This document confirms in any case that the foundations have already begun to move, as shown by the increase of 200,000 million euros, says the text. “Although these increases are essential, there is a serious risk that they will not be able to compensate for the existing shortcomings if they are spent in an uncoordinated way,” he continues, ending by proposing the “urgent” creation of a special division for joint defense purchases. , a first step towards greater integration at various levels, from the deployment of armies to the multiplication of the EU’s industrial capacity. The Commission is also willing to invest 500 million euros in the implementation of an instrument that encourages joint purchases made by three Member States.