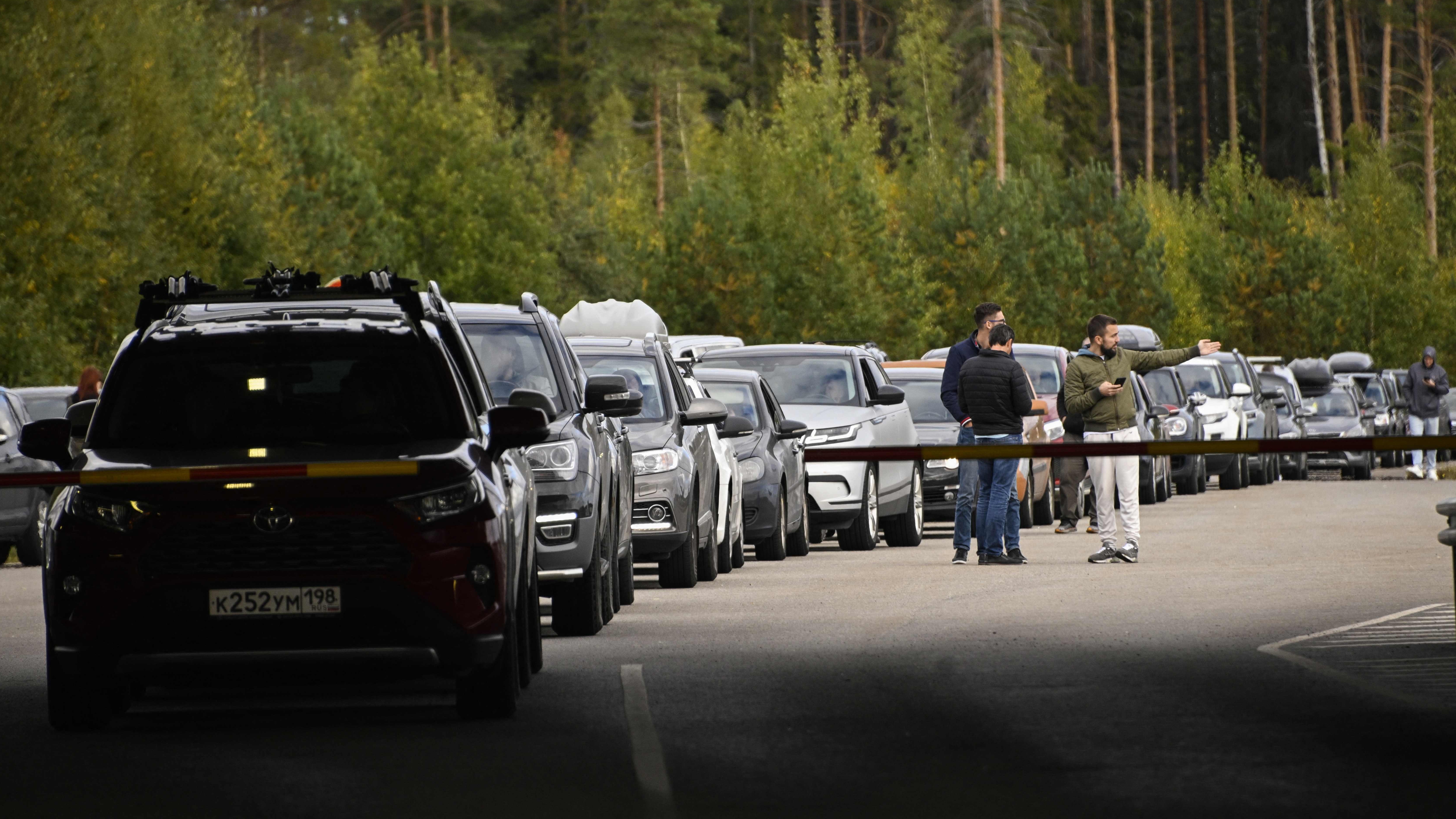 As the Russian authorities increase the call for civilians to send them to fight in Ukraine, the number of those who seek formulas to leave Russia also increases. The options, however, are increasingly limited. With airline tickets sold out to many destinations, or with their price skyrocketing; land traffic from Russia has intensified towards the countries with which it has direct borders: Georgia ―with up to 10 kilometers of caravan―, Kazakhstan, Mongolia and Finland. But the Baltic countries keep their borders closed to Russian tourists and insist they will not issue humanitarian visas or that they will issue them dribbles. Meanwhile, the German government assures that it is willing to welcome the deserters of the military mobilization decreed by the Russian president, Vladimir Putin.

The European Commission seeks a common position against the clash of positions to address the cases of those who flee, but warns that Russian asylum seekers cannot be closed with a roller. Border control is the responsibility of the Member States, but according to the Schengen code, the European authorities have an obligation to study the asylum requests presented by Russian citizens, the European Commission recalled on Thursday. “When it comes to people who arrive in the EU and request international protection, it must be guaranteed that the case is processed and studied,” recalled a spokeswoman for the Community Executive, who has defined the current situation as “extraordinary”.

Russia’s borders with Finland, which has not yet blocked Schengen tourist visas, have seen an increase in those wanting to cross, according to Finnish authorities. The Government of the Social Democrat Sanna Marin has reported that it is preparing a solution to “limit or completely prevent” tourism from Russia. Another issue is asylum seekers, Finnish sources say. The Lithuanian Foreign Minister, Gabrielius Landsbergis, has assured that refugee applications will be evaluated “as usual” and “individually”. However, Landsbergis has specified that the country, of 2.7 million inhabitants, has limited capacity. Lithuania “has neither the purpose nor the ability to issue visas on humanitarian grounds to all Russian citizens who request them.”

European rules allow refusal of entry for reasons of “national security or public order”, explained the spokeswoman for the European Commission of the Interior. National security is the argument of the Baltic countries, which have shown strong support for Ukraine and have been warning for years about the authoritarian drift and the Kremlin’s campaigns of interference and destabilization.

“Many of the Russians who are now fleeing Russia due to the mobilization were comfortable with the killing of Ukrainians. They did not protest then, it is not correct to consider them conscientious objectors,” said Latvian Foreign Minister Edgars Rinkevics. “Admitting them poses considerable security risks,” added the Latvian on social media. The Government of the Czech Republic, which presides over the EU this semester, will not issue humanitarian visas to Russians fleeing the mobilization either.

The German Interior Minister, Nancy Faeser, has said that her country is open to receiving those who escape from Russia because of the mobilization with which Putin hopes to recruit at least 300,000 people. “Anyone who bravely opposes the Putin regime and is therefore in great danger can apply for asylum from political persecution,” Faeser said in an interview with the newspaper. Frankfurter Allgemeine Zeitung. The German minister joins the voices that not only speak of humanitarian law, but also of formulas to weaken the Putin regime and its offensive against Ukraine, which has already served more than 200 days.

The Twenty-Seven have maintained a strong unity in their support for kyiv and their condemnation of the total war launched by the Kremlin, but if the number of people trying to flee Russia becomes a tide, especially on land, the approach to the issue immigration and asylum can cause fissures. At the external borders of the EU, a senior community official has recalled, European law and the Geneva Convention apply, which establishes that people who do not directly participate in hostilities —including members of the Army who have laid down their arms and those who are hors de combat due to illness, detention or any other cause—will be treated humanely.

The Community Executive is aware of the dilemma it has on the table. “Half a million Russians have left the country since the beginning of this invasion,” said the community spokesman for Foreign Affairs. “We are dealing with this situation and discussing how to do the best to show our solidarity and also to ensure the security of the member states,” he added.

Antonio Zapatero leaves the Government of Ayuso and joins the PP as head of Public...

Capitol assailant sentenced to seven years in prison for assaulting a police officer | ...

Almeida points to an extension of Madrid’s budgets before the election year: “If Vox puts...