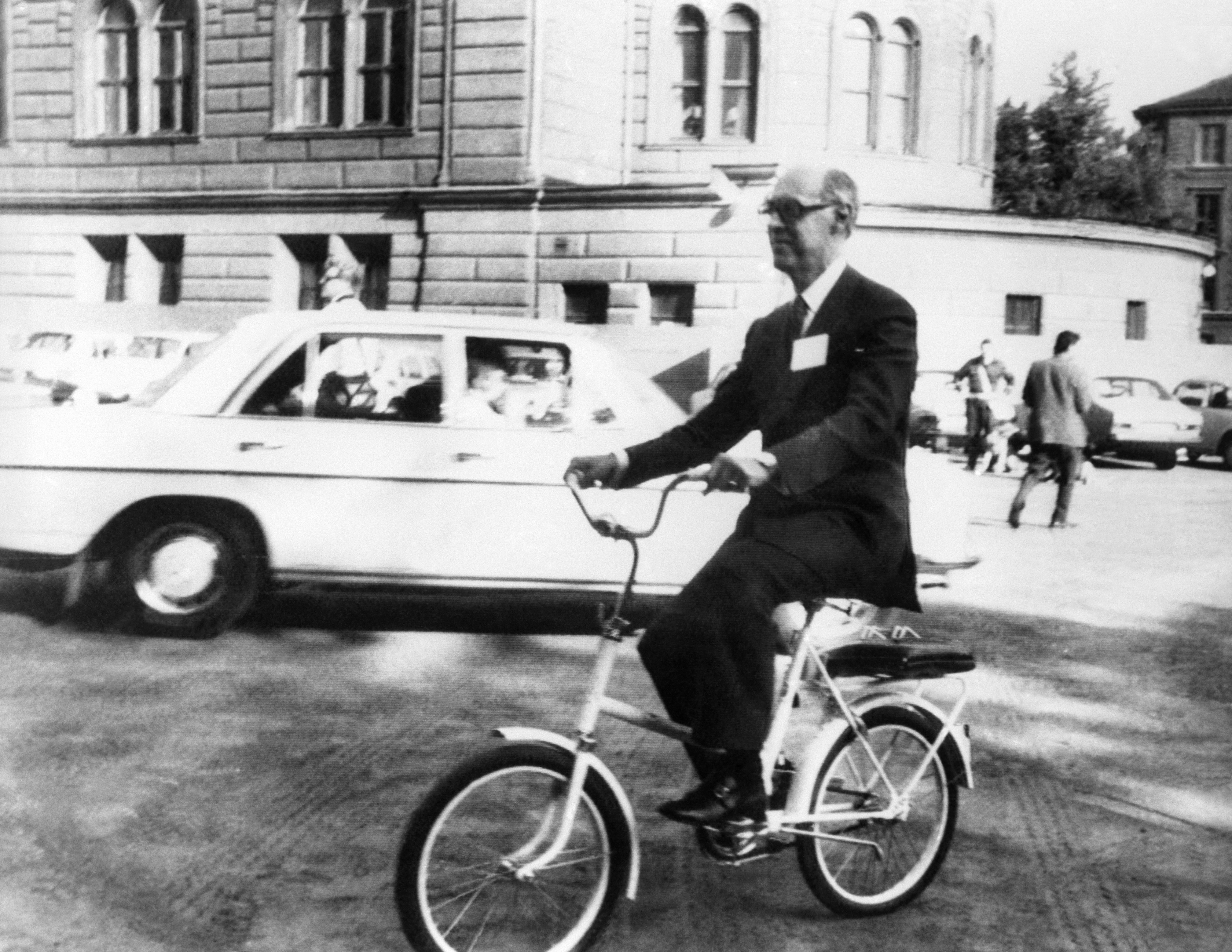 The snapshot shows Laureano López Rodó, Minister Commissioner of the Development Plan and later Minister of Foreign Affairs of the Franco regime, riding a bicycle in Stockholm during the first major United Nations conference on the environment in history, held from 5 to 16 June 1972. It is now 50 years since that important international event, with a memorial meeting this Thursday and Friday in Stockholm, and a question in the air: To what extent are these summits really worth to solve planetary challenges such as climate change, the biodiversity crisis or pollution?

The so-called United Nations Conference on the Human Environment of 1972 is not remembered for the agreements reached, but yes because it was the first time that environmental problems were placed at the center of the international agenda. “This summit model seems insufficient, but we don’t know how to do anything else either,” says Agustí Nieto-Galan, director of the Institute of History of Science of the Autonomous University of Barcelona, ​​which has analyzed this historic meeting and the symbolic photo of López Rodó on a bicycle. “At that time many countries show reluctance even for the simple organization of the conference; in 1972 there is the cold war, there are great inequalities and poverty in the world, for many countries the environment is a secondary problem”, says the Catalan historian, who assures that the summit went ahead largely due to the push of the Scandinavian countries , who were then concerned about acid rain being fed to them by UK industry.

For Nieto-Galan, the dissemination in the media of the time of the image of López Rodó with one of the 750 bikes provided to the conference participants to set an example to the world is an exercise in propaganda similar to that of the famous bathroom in the also Francoist minister Manuel Fraga Iribarne to convince the Spanish that there was no radioactivity in Palomares. “The international diplomacy of the Franco regime was very concerned about giving a positive vision at that time and at the conference it made an effort to show environmental sensitivity,” says this professor, who is the author of a chapter dedicated to the minister on a bicycle in the book Invisible toxins. The construction of environmental ignorance (Icaria Publisher).

Also Read  Cryptocurrencies: Four arrested for the kidnapping of the founder of Tuenti to steal the keys to his digital wallet with more than 25 million euros | Madrid | The USA Print

This interest of Francoist Spain in selling a different image of the country is also confirmed in López Rodó’s speech in the plenary of the conference, in which one of his main points is the defense of the rights of nature. As the director of the Institut d’Història de la Ciència points out, “the Franco regime supports an aristocratic environmentalist, more related to the landscape, the aesthetic, which has nothing to do with the more social environmentalism that is appearing in Spain at that moment”.

The Stockholm conference 50 years ago was marked by the absence of the Soviet Union and Eastern European countries in response to East Germany’s non-invitation. In addition, a great controversy arose as a result of the criticism of the United States by the Swedish Prime Minister, Olof Palme, for the Vietnam War. And much of the discussion revolves around the French and Chinese nuclear tests. In this context, the Spanish delegation is located within the developing countries, which claim to continue developing as the most industrialized nations have done before. According to the words of López Rodó himself in a chronicle of the newspaper ABC of June 8, 1972, “the most serious issue, the key question to which we must seek an answer is to know what are the changes in the environment that we can accept or tolerate for the sake of economic development.”

After 50 years, there have been many other United Nations conferences on the environment or climate change. And, although there have been advances, such as in the fight against pollution in the most developed countries, the situation has gotten much worse in terms of global warming, the loss of biodiversity or new problems such as pollution caused by plastics. Meanwhile, some politicians continue to take their photo on a bicycle and the countries continue to be locked in other disputes. Just as in 1972 Olof Palme and Indira Gandhi were heard raising their voices against the war, the 2022 commemorative meeting is marked by the war in Ukraine. “This war has shown how fragile the world is and how dependent it is on fossil fuels. It is time to learn the lesson and make a clear commitment to massive investment in renewable energy. Dependence on fossil fuels is suicide,” United Nations Secretary-General Antonio Guterres said on Wednesday.

Also Read  US Open 2022: Yes, Carlos Alcaraz is already here: he wins the US Open and is the youngest number one in history | Sports | The USA Print

Previous article
I want a truck to be happy (but only if it’s virtual) | Babelia | The USA Print
Next article
The girls are not well: the daily terror of being a woman is expressed in stories | Culture | The USA Print