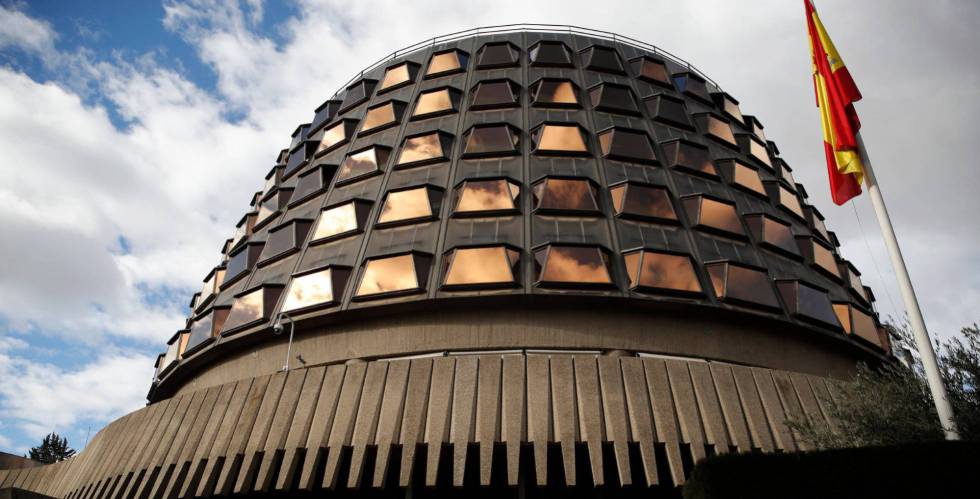 The Constitutional Court will establish doctrine on a matter that until now had not been addressed: the validity of the evidence collected by the police infiltrated in criminal organizations. The key to the debate is whether the information obtained by undercover agents can violate fundamental rights when their work has not been subject to judicial control since its inception. The court of guarantees studies the appeal of a man who was sentenced to eight years in prison for drug trafficking thanks to evidence provided by an infiltrated agent.

The body chaired by Pedro González-Trevijano must decide whether to annul the evidence collected, due to lack of authorization from the investigating judge, or endorse the police action, which intervened in a stash of 50 kilos of cocaine. Due to its importance and special constitutional interest, the matter has been submitted to the plenary session of the court after intense discussions in the section that was first in charge of the case —composed of three magistrates—, and later in the courtroom —composed of six—. These ended up agreeing that it was the full court of guarantees that ruled on the challenge.

The resource questions the work of the police infiltrator because he did not have judicial control at any time. The agent’s work began under the supervision of the prosecutor, but the investigating magistrate was not informed until several months later, when the bulk of the investigation had already been completed. The defense of the convicted man considers that article 282 bis of the Criminal Procedure Law was breached and this meant violating the fundamental rights to a process with all the guarantees and to privacy.

The aforementioned legal precept establishes that “in the case of investigations that affect activities of organized crime, the competent investigating judge or the public prosecutor’s office, giving immediate notice to the judge, may authorize officials of the judicial police, by means of a well-founded and taking into account their need for the purposes of the investigation, to act under assumed identity”. The axis of the debate is that the law provides that when the work of an infiltrator begins with the authorization of a prosecutor, it will be the public ministry itself that has to give “immediate notice to the judge”, which did not happen in the case that now is examined.

For the magistrates in favor of granting the amparo, the lack of “immediate” communication to the judge and the continuation of the investigation without judicial control represented a violation of the appellant’s fundamental rights. Another sector of the court of guarantees believes, however, that it is lawful for the prosecutor to wait for the infiltrator to obtain sufficiently solid evidence about the criminal activity of the person under investigation before informing the investigating judge.

The thesis of those opposed to the amparo is that the judge must be accounted for the work of an infiltrated agent when there are reasons to begin judicial proceedings, which would require the existence of solid data and not mere suspicions.

Another situation in which it would be necessary to communicate without delay that an investigation with infiltrators has been initiated would be the one that urgently requires obtaining judicial permission for an entry and search or an interception of telephone or telematic communications.

In the case that the Constitutional Court examines, such proceedings that would have required judicial permission for assuming an interference in the privacy of the investigated did not occur during the first months of the work of the infiltrated agent. This would have influenced the fact that the court did not realize that investigations were being carried out in search of clues. However, the magistrates in favor of granting the amparo consider that the law is absolutely clear when it requires “immediate” communication to the judge.

Both sectors of the court admit, in any case, that a change in the Spanish penal model would avoid these conflicts. It would consist of leaving the investigation in the hands of the prosecutors and that the judges dedicate themselves to ensuring the guarantees of the processes, a majority distribution of functions in Europe and that in Spain continues to be a widely shared aspiration in legal fields, but that is not has resulted in a reform of the penal system.

The debate reveals one of the problems associated with the current penal model, when it can create spaces of some ambiguity about the tasks of the prosecutor and those of the judge. The court considers that the case analyzed is a clear example and that it will not be easy to reach a decision by consensus. In the first examination of the case, in the section in charge of the appeal, the vice president of the court, Juan Antonio Xiol, and the magistrate Cándido Conde-Pumpido voted in favor of admitting the appeal due to its constitutional relevance, which was not shared by Judge Concepción Espejel. Given this division, the matter went to the Second Chamber of the court, where there was a tie.

Three magistrates —Ramón Sáez and the aforementioned Xiol and Conde-Pumpido— considered it appropriate to continue with the examination of the case, and three others —Antonio Narváez, Enrique Arnaldo, and the aforementioned Espejel— considered that it should be inadmissible. The quality vote of Xiol, as president of the Chamber, could have decided the solution of the debate, but the three magistrates opposed in principle to the appeal requested its summons to the plenary session.

Also Read  The terrace of the weekend: Montemar, fish at a good price with views of the beach | The USA Print

Previous article
The empathy trap: it is impossible to be in the other’s shoes without displacing him | EL PAÍS Weekly: Psychology and well-being | The USA Print
Next article
Amazon activist investors lose their grip on the company | Economy | The USA Print