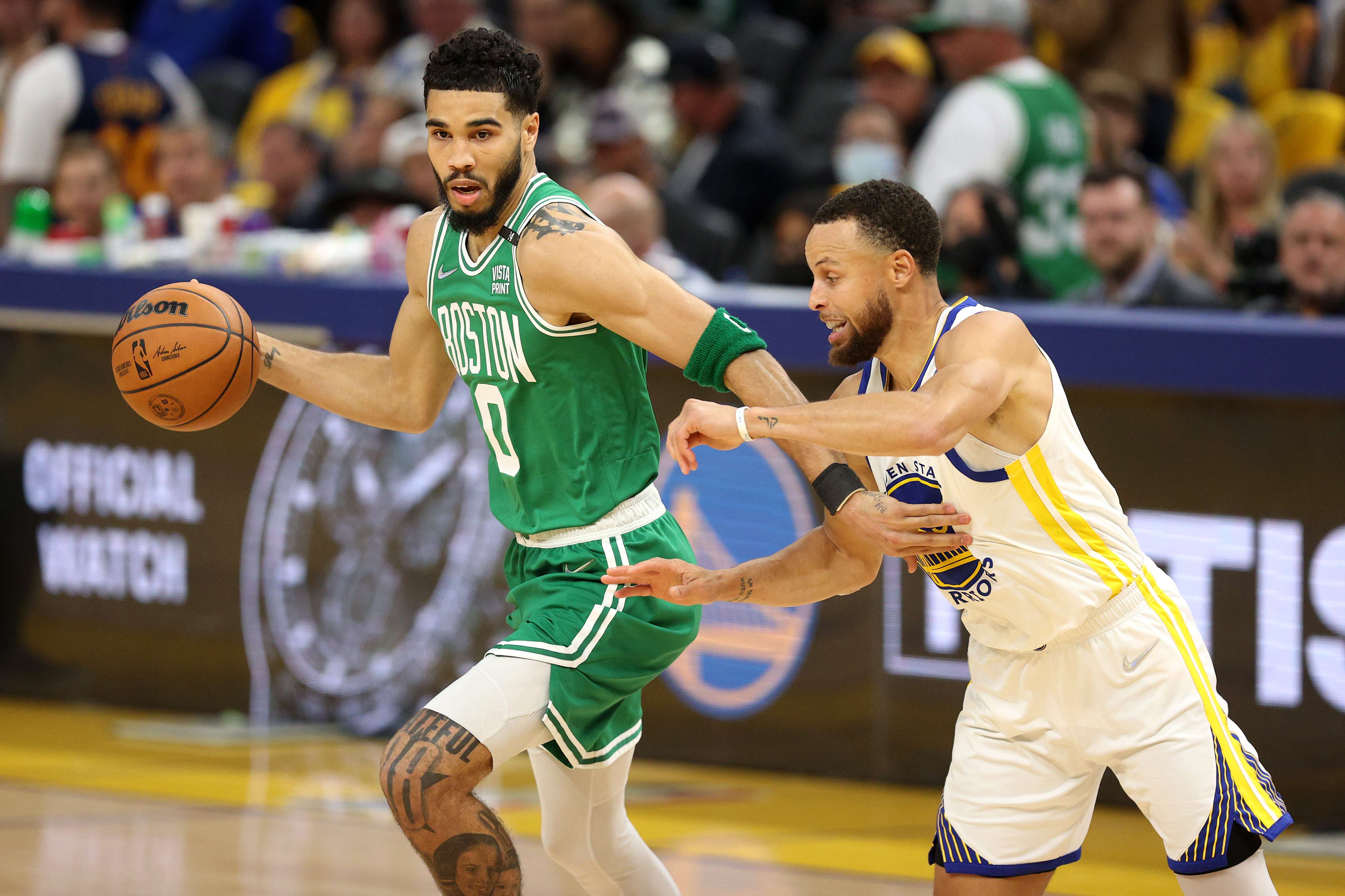 The Boston Celtics offered in Game 1 of the NBA Finals a lesson in self-confidence that would fit into a self-help book. Without a doubt, a sales success. Several times they gave up their aspirations to defeat the Golden State Warriors at home. And several times they found a way to get up from the canvas. The scoreboard ended this Thursday with a 120-108 that falls short to explain the ups and downs of a frantic game, in which the San Francisco team won by 15 points and ended with the Warriors’ first home loss since the end of the regular season, after a splendid rain of triples from the visitors during the last quarter.

And that the house counted as a brand new mansion: it was the first time that the San Francisco team played a final at the Chase Center, a stadium designed to the last and inaugurated in 2019, just in time for, alas, to arrive the pandemic and send it to stop.

The game began with Warriors star Stephen Curry doing what he does best: playing with his mouth guard and the fearsome Boston Celtics defense. He turned and turned the piece of plastic with his teeth as he prowled around the enemy area looking for the best places to drop his precision bombs like a general winning battles from the comfort of the rear. He scored 21 points in the first quarter and broke the first mark of this NBA Finals, becoming the only player in history to hit six three-pointers in those opening 12 minutes.

By then, statistics lovers were already making use of a certain performance in 1993 by a certain Michael Jordan. But reality quickly forced them to put away the calculator: the second quarter started with another salvo of three-pointers… but they weren’t by Curry. The Celtics, who had endured the first downpour of the evening with dignity while desperately dialing Robert Williams III’s phone number to find out where he was, rearmed their ranks and managed to neutralize the Warriors point guard, who was now facing Jayson Tatum and, around the corner, ran into Marcus Smart, who has been chosen as the best defender of the season for a reason. Curry went empty at the halftime of the game. And with three personal fouls.

The Celtics took the lead with just over two minutes remaining in the first half. But it was only the first of the mirages of a game with more laps than a race track. The clash between the best defense of the season and the most effective attack was resolved during the third quarter in favor of the Warriors, who knew how to close better behind. The magic of Curry also returned, who, loosened the fence on his movements, slipped with contagious ease between the lines of the Celtics (he finished as the top scorer, with 34 points).

So the visiting team’s confidence went back where it came from: Boston players, and especially Tatum, who left the shine of his star on the rim again and again, missed more shots and assists than expected. The Celtics were 12 points apart at halftime.

The last quarter saw the return of the Boston team to life, which opened it with a 9-0 run. In the blink of an eye, the score was level again. And there the lesson of the young team trained by Ime Udoka in the art of rising from the ruins was unfolded in all its splendor. In those minutes, the 3-point storm changed course to descend on the Warriors box. In the early going, they went no less than 7-for-7. The leading scorers on that side ended up being: Al Horford (26 points), Jaylen Brown (24) and Derrick White (21).

The best-of-seven final will continue on Sunday, again in San Francisco. The Celtics are looking to break the insidious tie at 17 NBA titles with their eternal rival, the Los Angeles Lakers. They are also eager to shake off the sanbenito of the team that lives on past glories: they have only won one championship since 1986. It was precisely against the Lakers in 2008.

The Warriors, who arrive more rested, after venting their previous rivals (Dallas Mavericks) before the count, have played, for their part, six of the last eight finals. And they face this one with a certain air of last hurray: they have won four of their six rings since 2015 for a reason. If this time they achieve glory, they will break their own tie for titles with the Chicago Bulls.