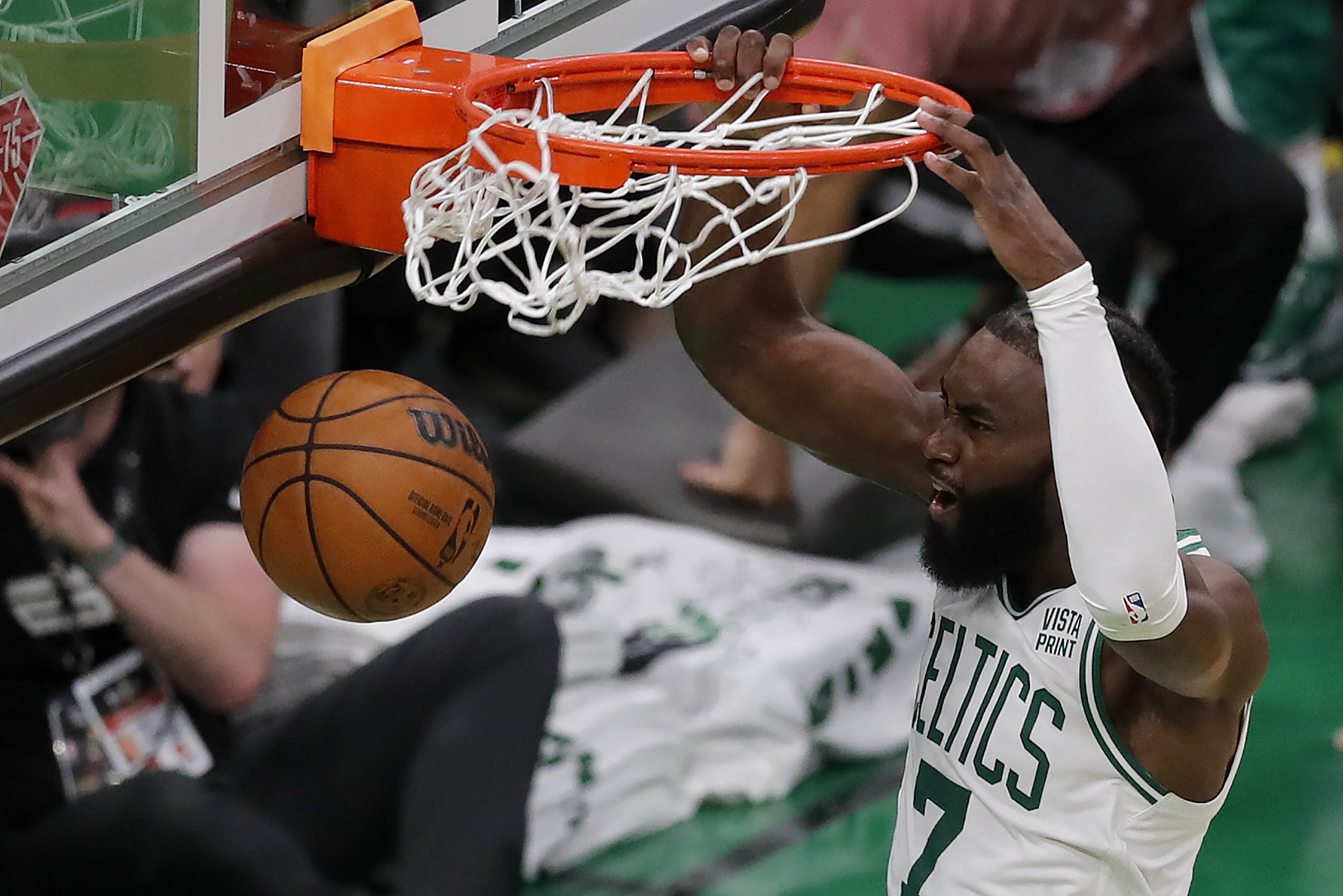 The NBA Finals returned to Boston 12 years after the last time and the Celtics did not disappoint their fans, who packed the TD Garden and turned the long wait into a vociferous party. After two games in San Francisco, the locals tied the tie (2-1) against the Golden State Warriors in a game (116-100) that was almost always theirs, except, oh, surprise, during the third quarter, in which Stephen Curry , point guard for the Warriors, nearly crashed the homecoming party.

The annoyance was almost consumed during a heart-stopping play in which Curry, who – oh, also surprise – was again the game’s leading scorer with 31 points, hit an improbable 3-pointer while falling and receiving a nasty foul from Al Holford. Everything at once. He also made the free throw, and then another 3-pointer. That amazing seven-point drive was followed by another 3-pointer by Otto Porter, putting San Francisco ahead for the first time in a game previously dominated by the Celtics.

The ghost of the third quarters of the Warriors then toured the stadium. But it was just a mirage. The Celtics put the score back in order after returning from the break. Although the order thing is just a way of speaking. The first plays of the final 12 minutes were a mess that benefited the locals.

That’s when the Warriors dropped out of a game they never thought they were going to win. And with just 4 minutes and 7 seconds remaining, and the referee called the fifth foul on Draymond Green, the visiting team’s chief troublemaker, the Boston crowd breathed a sigh of relief. (Curry was about to suffer the same fate; he accumulated four personals, but not even for those did his coach, Steve Kerr, send him to the bench).

Also Read  Elizabeth II: Carlos III is already King: this is the succession process of a British monarch | International | The USA Print

A virtually perfect start had allowed the Celtics to focus from the beginning of the game. They were well armed in defense, with a Robert Williams planted like an oak tree; It turned out that this time, unlike in previous games, he had come with blocks to go around.

They also soon proved to have fresh ideas up front: they entered the enemy area with ease with ingenious combinations between Marcus Smart and Jaylen Brown, who was the best of the first quarter, with 17 of the 33 points that the Celtics scored in that time, who they put up to 15 points ahead. The Boston team did almost all its damage in the paint on Wednesday, where they far outscored the Warriors (52-26).

At the end of the first quarter, Kerr admitted that his team had been overrun, but he believed that, after all, they had weathered the downpour well. The truth is that the storm continued in the second quarter, whose start was Jayson Tatum, to whom almost everything came out: the assists, the triples, the graceful penetrations in the area. Then Brown returned and Marcus Smart joined.

At the end of the evening, Brown finished with 27 points, 9 rebounds and 5 assists; Tatum, with 26 points, 6 rebounds and 9 assists; and Smart, with 24 points, 7 rebounds and 5 assists. And statistics lovers, which is the same as saying “NBA lovers”, rushed to point out that since 1984 there had not been three players from the same team with more than 20 points, 5 rebounds and 5 assists. It is fair to say that among the Warriors also stood out, with 25 points, Klay Thompson, who returned to the field last January, after an ordeal of almost 31 months, in which he chained a torn ligament with another of the Achilles tendon,

Also Read  Four decades of water management in Seville: from evacuation to the challenge of saving to consume 90 liters per person per day | Climate and Environment | The USA Print

The next assault is on Friday, again in Boston, where the Celtics are confident that the push of a crowd eager to repeat past glories will help, and to tie the tie in the locker of the rings (17) with the Los Angeles Lakers, in order to have thus the last word in the mother of all NBA rivalries in a season as marked as this one, which marks the 75th anniversary of the competition. Afterwards, the game will return to San Francisco. The Golden State Warriors, who, by the way, won the first of the rings, in 1946, when they were a Philadelphia team, also have their own tiebreaker in the oven: six championship wins, with the Chicago Bulls.