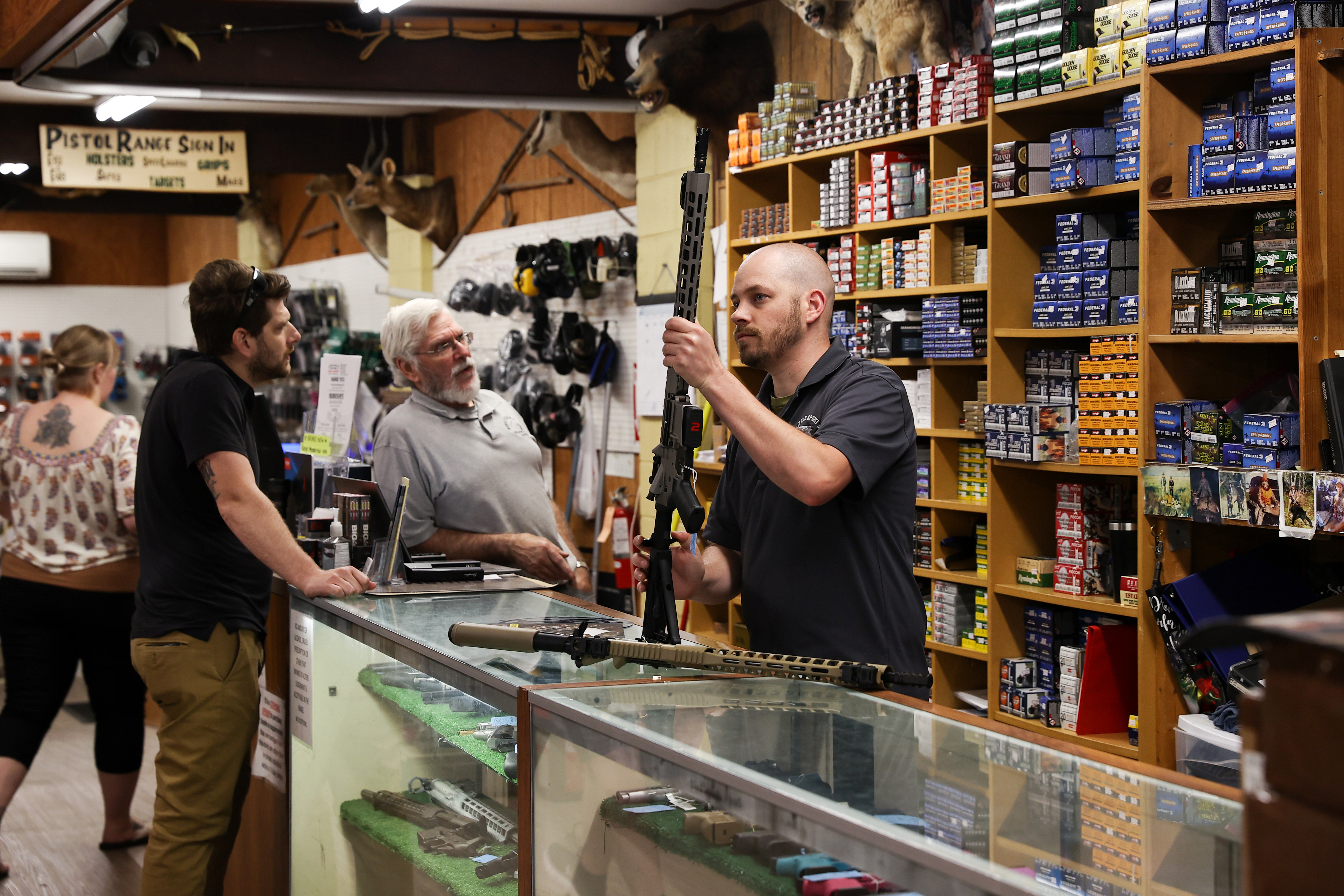 It’s hard to say which of the Republican reactions to the latest shooting massacre has been more reprehensible. The invariably ghastly Sen. Ted Cruz drew considerable attention by insisting that the answer is to put armed guards in schools, not considering that the Uvalde school system has its own police force and that officers appeared to be on the scene. shortly after the shooter arrived.

And the Buffalo grocery store that was the scene of a shooting spree just 10 days earlier also had an armed security guard, who was killed because his gun was no match for the gunman’s bulletproof vest. But if you ask me, the worst and most chilling reaction was from Dan Patrick, Lieutenant Governor of Texas. What we need to do, he stated, is “shield those targets so that no one can get in, ever, except maybe through an entrance.”

This restriction would have interesting consequences if a fire broke out. In any case, let’s think about Patrick’s language: in a supposedly peaceful country, we should treat schools as “targets” to be “shielded”. What would this mean for public education, which for generations has been one of the defining experiences of growing up in America? Don’t worry, says the Federalist Society, families can keep their children safe by turning to homeschooling.

In fact, if the proposals of Cruz, Patrick and others are taken at face value, they amount to a call to turn the land of the free into a giant armed encampment. In the United States, there are about 130,000 elementary and secondary schools and almost 40,000 supermarkets, in addition to many other places that could be attacked by mass murderers. So protecting all these republican-style public spaces would require creating a national defense force, military for all intents and purposes, and heavily armed, as it would face assailants with bulletproof vests and semi-automatic weapons, at least the size of the Marine Corps. .

Why would something like this be necessary? Outside the United States, mass shootings are very rare. Why are they so common there? According to the American right, it is not because it is a country where a disturbed 18-year-old can easily buy military weapons and a bulletproof vest. No, Patrick maintains. It is because “we are a rude society”.

I know it’s a futile effort to say that, but imagine the reaction if a prominent liberal politician declared that the reason America has a serious social problem that doesn’t exist elsewhere is that Americans are bad people. The comments would never end. But when it’s a Republican who says so, he barely raises a murmur.

I guess I have to say, for the record, that I personally don’t think Americans, taken one at a time, are worse than anyone else. If anything, what has always struck me when returning from trips abroad is that, on average, they are (or were) exceptionally friendly and pleasant to deal with. What sets us apart is that people who aren’t nice find it very easy to arm themselves to the teeth.

Okay, I think everyone realizes that nothing Republicans say about how to respond to mass shootings is going to translate into real policy proposals. They don’t even try to give them an explanation. Instead, they just make noise to stifle rational debate until the latest atrocity is out of the news cycle. The truth is that conservatives see mass shootings, and indeed the staggeringly high rate of gun deaths in the US, as an acceptable price for continuing to uphold their ideology.

But what ideology is that? I would argue that while talking about America’s unique gun culture is not entirely wrong, it is too narrow. What we are really seeing is a large-scale assault on the very idea of ​​civic duty, that people must follow certain rules, accept some restrictions on their behavior, in order to protect the lives of their fellow citizens.

In other words, we should view the vehement opposition to gun regulation as a phenomenon closely related to the vehement (and highly partisan) opposition to mandatory face masks and vaccines in the face of a deadly pandemic, as well as environmental regulations such as the ban on phosphates in detergents, among other things.

Where does this hatred of the idea of ​​civic duty come from? There is no doubt that, in part, like almost everything in American politics, it has to do with race. However, one thing it does not reflect is our national tradition. When you hear about homeschooling, remember that America practically invented universal public education. Before, protecting the environment was not a partisan issue: the Clean Air Act of 1970 passed the Senate without a single dissenting vote. And Hollywood mythology aside, most Old West towns had stricter limits on gun ownership than Texas Governor Greg Abbott.

As I have already indicated, I do not quite understand where this aversion to the basic norms of a civilized society comes from. Now, what is clear is that the very people who are loudest about “freedom” are doing everything they can to turn America into a dystopian nightmare in the style of The Hunger Games, with checkpoints everywhere guarded by armed men.

Paul Krugman He is a Nobel laureate in economics. © The New York Times, 2022. Translation of News Clips.