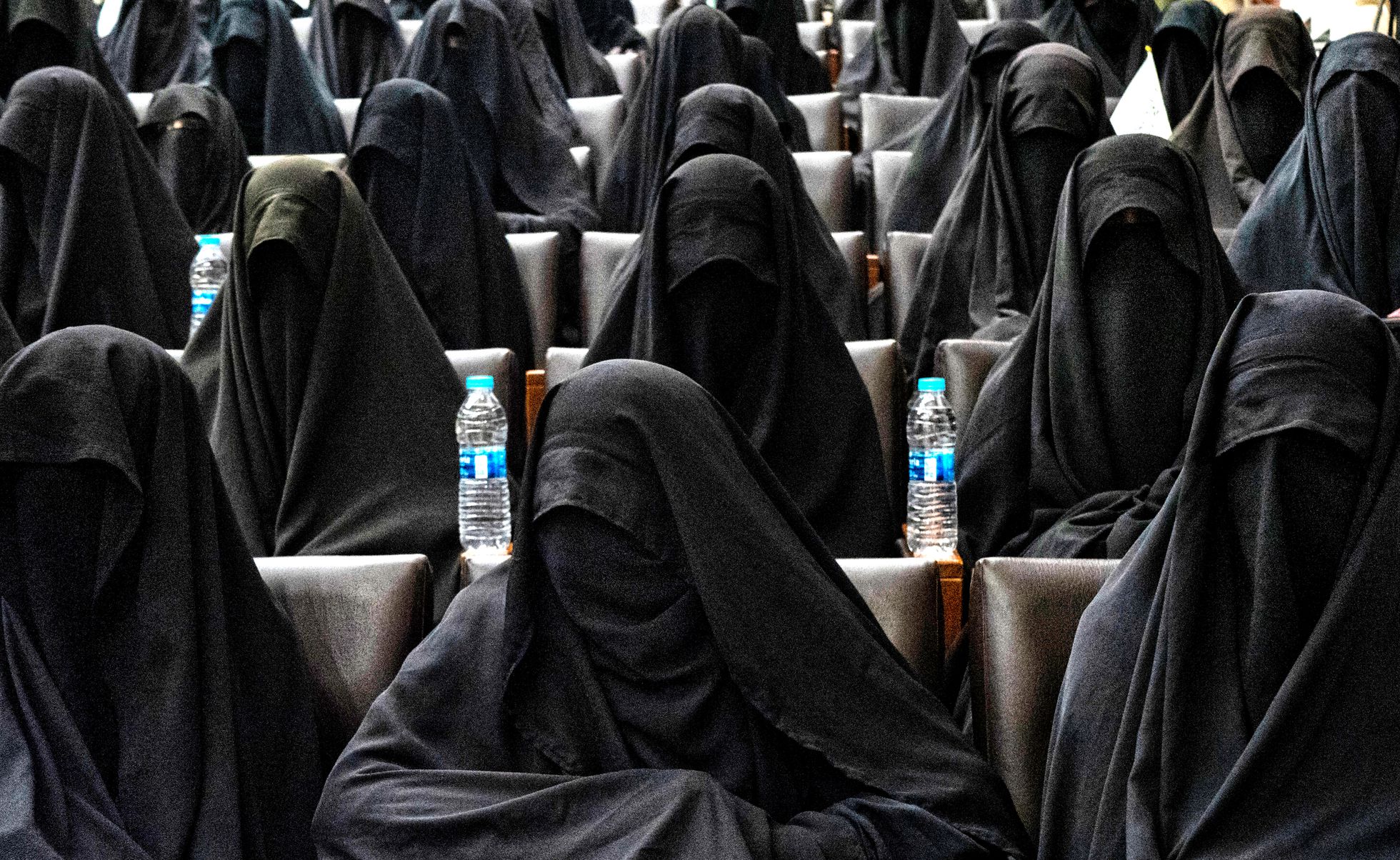 In Afghanistan, the Ministry for the Propagation of Virtue and the Prevention of Vice has decreed that women must cover their faces and preferably wear black. If they already covered the body at 95%, now they will do it at 97%, leaving only the eyes visible: 3%. To give an example, the television presenters have been the first to appear in the evening. Male presenters, in solidarity, appeared wearing black masks.

In the earthly dystopia of the Taliban, women must be erased from public life, “women”, the decree states, “should not leave the house unless necessary”, and when they do, they will wear the hijab. They are especially concerned about what could insinuate their sexual condition, so they should avoid clothing that is “so thin that the body shows through or so tight that its parts are highlighted.” After all, the best hijab is the one that does not exist, that is, total invisibility under the four walls of the home: “Not going out for no reason is the first and best type of adherence to the hijab” he continues, because the woman without covering , “strays from his path and falls into sinfulness.” A classic.

The Taliban have resorted to an old measure of discrimination against a group: social invisibility. Behaviors aimed at ignoring the presence of a specific group, generally minorities, but also majorities, as is the case with women. Invisibility is exercised through various means, including the use of language. For example, when the word “black” is avoided and patronizing euphemisms such as “people of color” are resorted to. Well-intentioned use that basically hides the idea that there is something wrong with being black, proving that racist theses are right. The problem is not using the term, but in lowering it through adjectives and pejorative generalizations.

Also Read  Treaties: The European Parliament demands the end of the veto in the EU to circumvent countries like Hungary or Poland | International | The USA Print

A few months ago, the world of science took a huge step backwards in this direction when the prestigious scientific journal The Lancet, in an issue dedicated to the culture of menstruation, and following his own criteria of propagating virtue and preventing vice, he used the expression “people with a vagina” on the cover to refer to women or females, as defended by the geneticist Irene Miguel Aliaga. A new way of erasing women, this time dispensing with her biological category. With the addition that “bodies with a vagina” is a synecdoche that dehumanizes them and reduces them to 3%. Although from very distant planes, both cases share the absence of reciprocity. Another classic of discrimination. The Taliban neither require men to cover up nor The Lancet it has withdrawn their biological variable. Days before, the magazine published a report on prostate diseases and the subjects were “men”, and not “bodies with penises”, or “bodies with testicles”. Both see mere bodies in women, not people. @evabor3