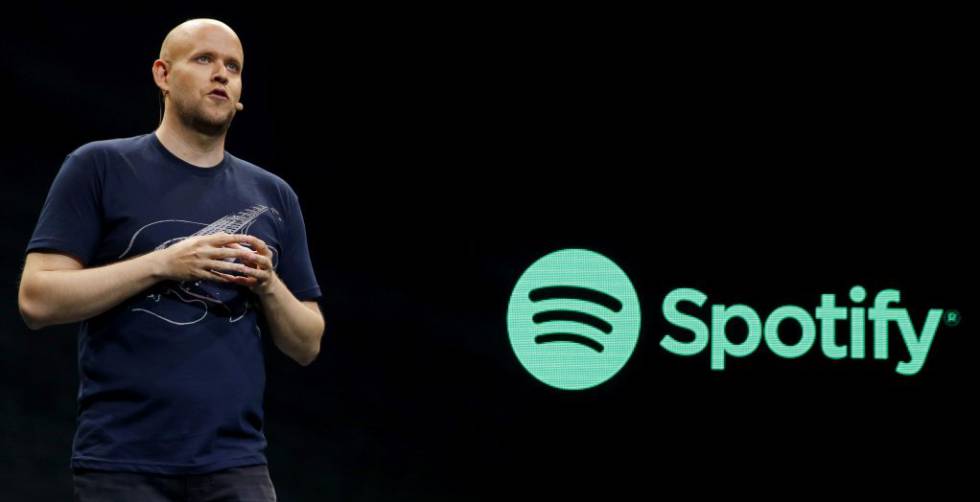 The online music platform Spotify has announced this Monday that it will lay off around 6% of its workforce. Taking into account that the Swedish multinational has about 9,800 workers around the world, the movement will mean the departure of about 600 workers. The staff cut has already been communicated to the US regulator (the SEC), and also to all employees of the company, who have received a note from the CEO, Daniel Ek.

In the message, shared by the company on its website, Ek admits to miscalculation, thinking that the good times the firm experienced during the pandemic, when the lockdowns strongly boosted its business, could continue once the restrictions are relaxed. “Like many other leaders, he hoped to withstand the strong tailwinds of the pandemic, and believed that our vast global business and lower risk of the impact of an ad slowdown would insulate us,” he noted. The reality is that it has not been like that, and it is time to back off, as Ek himself acknowledges. “In retrospect, I was too ambitious to invest before our income grew. And for this reason, today we are reducing our employee base by about 6% across the company. I take full responsibility for the moves that brought us here today. My goal now is to ensure that all employees are treated fairly when they leave, ”he says.

Those laid off will receive about five months of severance, they will be compensated for unused vacations, they will keep their health insurance for a while, they will have the opportunity to be relocated, and if their immigration status depends on their employment they will obtain advice from human resources.

According to the note sent to the SEC, the goodbye of these hundreds of employees will cost the company between 35 and 45 million euros. And it’s not the only change underway. Spotify’s reorganization includes the departure of Dawn Ostroff, until today responsible for content and the advertising business, who will act as an adviser during the transition. “Thanks to her work, Spotify was able to innovate in the ad format and more than double our advertising business revenue to 1.5 billion euros,” Ek thanked.

In addition, Alex Norström, head of its Freemium business, and Gustav Söderstrom, in charge of research and development, will take on new roles and will be named co-chairmen of the company, working directly with the CEO at the top of the pyramid. The first will focus on the commercial side, picking up part of the work carried out by Ostroff, and the second will bring together everything related to product improvement.

Ek not only blame the outputs on their own failures. In the midst of raising interest rates by the Federal Reserve, and with the threat of a recession still present, he speaks of “a challenging economic environment”, in which efficiency and cost control “acquire greater importance” .

After the announcement, Spotify shares are appreciated on Wall Street more than 5% in the movements prior to the opening of the market. Investors reward the company for trying to reduce expenses, especially when the results of the quarter that took place between July and September showed losses of 166 million euros. A hole that contrasts with the good evolution of new users: the company added 23 million that quarter, thus reaching 456 million, 20% more than the previous year, but it is not being able to make them profitable.

Also Read  “Threat to Brazil”: the domain Bolsonaro.com unexpectedly becomes a propaganda weapon against the president | International | The USA Print

The Spotify case is the latest in a long list of companies linked to the technology sector that are undertaking massive layoffs. According to the website layoffs.fyi, which keeps an exhaustive count of each cut, in 2022 they got rid of 158,951 workers, and so far in 2023 there are already 55,970. In other words, more than 200,000 employees have left the technology companies. That’s not to say, however, that their combined workforce has dwindled compared to pre-pandemic times. The five largest technology companies have gone from having 926,000 employees in 2017 to more than two million in 2022, so rather a resizing is taking place after having sinned, as Daniel Ek pointed out, of excessive optimism when proposing growth plans that now they prove unreal.

Spotify’s top executive believes they risk being left behind if they become complacent and fail to adapt to change. “To truly become the go-to place for creators, we must continue to improve our tools and technology, explore new ways to help creators engage with their audiences, grow their careers, and monetize their work.”

THE COUNTRY of the morning

Previous article
Anti-aircraft system appears near Putin’s residence in Valdai, according to media | The USA Print
Next article
A cold front is approaching Miami. Find out what the experts say | The USA Print
The USA PrintMagazine For all
Facebook
Instagram
Twitter