Spanish team: Álvaro Morata, the scorer with no destination | Sports | The USA Print 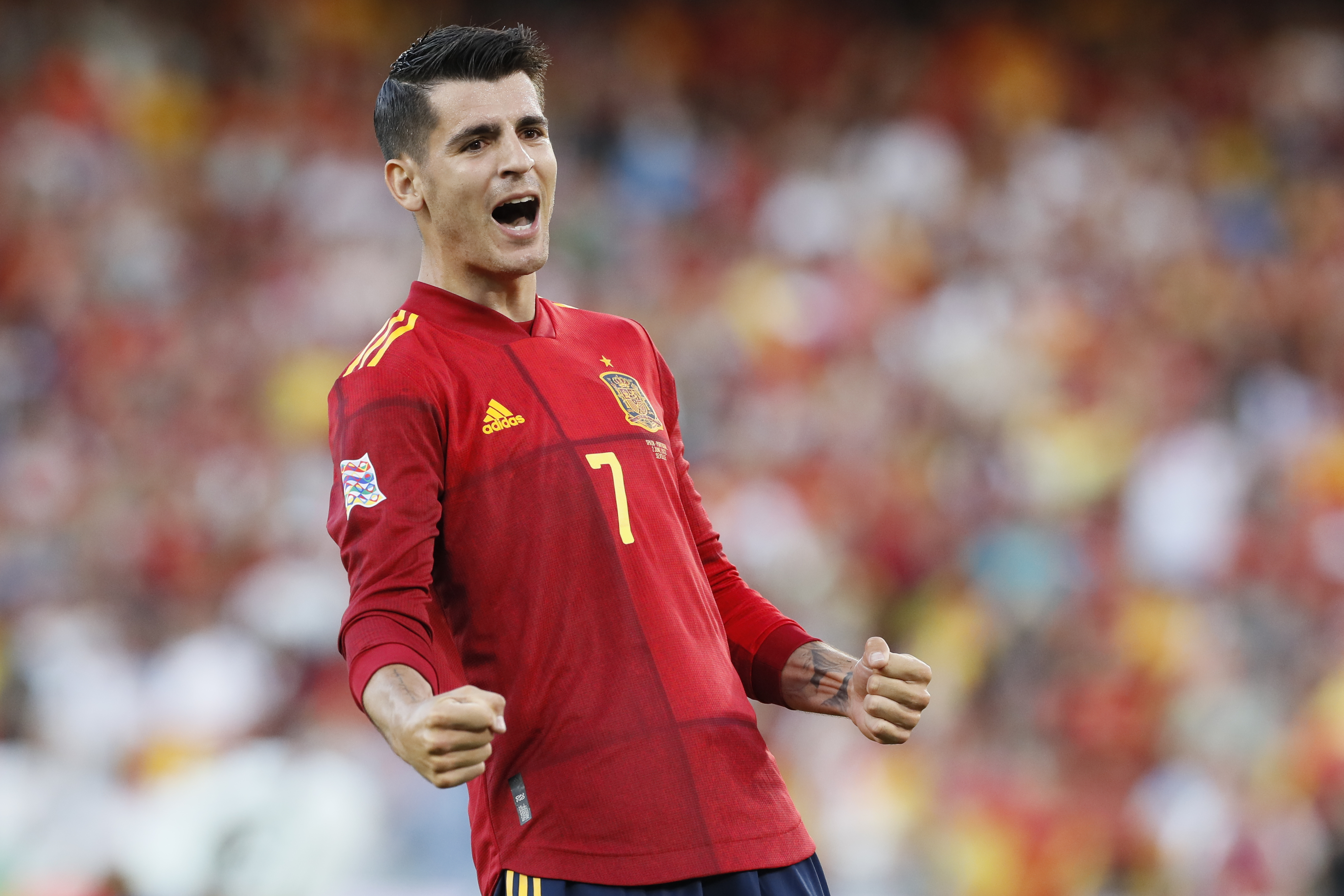 Álvaro Morata (Madrid, 29 years old) appeared at this concentration of the national team with the same uncertainty that has accompanied him at each end of the season. He doesn’t know where he will play next season. Nothing that he did not already experience when his rights belonged to Real Madrid, Juventus, Chelsea or Atlético, like now. Morata’s ability to abstract from his future is another of his claims to deny that he is a soft-headed footballer. Against Portugal he scored a goal and Luis Enrique pointed him out as one of the best in the match. “I think he has 26 goals [ha igualado a Butragueño] in 53 games with the national team. Perhaps in his clubs he has not stood out with 30 goals per season but he does quite a few”, the Spanish coach defended him in the Benito Villamarín press room. “For us”, continued the coach, “every time we go out playing and they put pressure on us, number nine is a referential player to play against the interiors. He is physically very powerful, which allows him to make transitions with ease, he has good hitting and in the area he is a six-foot-something guy”.

The level of trust and faith that Luis Enrique has in Morata was not found by Diego Pablo Simeone. “I am very grateful to the coach, he knows that I give everything for the team. When I have had hard times, he has declared publicly and from the inside out his support for him. I have to empty myself, I know I owe him a lot”, clarifies the attacker. The relationship between Simeone and Morata did not end well after the dispute in the final eight of the 2020 Champions League in Lisbon. His substitution against Leipzig caused that same night, after the Atletico defeat, he asked his agent, Juanma López, to leave. Morata did not digest that Diego Costa was ahead of him in the preferences of the rojiblanco coach. Two months later, the club sought a two-year loan for him at Juventus. Simeone argued before the club that he did not want a player who was unable to compete against the decline that Costa was already pointing to. The club also had already confirmed the arrival of Luis Suárez, so the exit to Italian football was convenient for both parties.

Now, the refusal of Juventus to pay Atlético, with whom he has a contract until 2024, the 35 million euros that appeared in his purchase clause force him, for the moment, to a return that neither of the two parties planned. The Lombard entity has been planted at 15 million. For the rojiblanca property, Juventus wants them to sell off a striker who is still trading well on the market.

At Atlético, both the return of Saúl from his loan at Chelsea, as well as that of Morata, was a problem to be solved for months due to sports and salary issues. “I would like to play where they have more interest in me playing. Anyone, in any area of ​​their work, would like to be where they are most loved and valued. I am very calm, my wife and children follow me wherever I go. There are preferences that one has, I have many options and that is lucky”, Morata reflects. However, he knows that he can also give himself the opportunity to stay at Atlético if there is not an offer that satisfies both parties and for this reason he assures: “In the last two clubs in which I have been [Juventus y Atlético] there are wonderful people”.

Meanwhile, Morata in the national team feels identified and valued as with any club. “I feel good, regardless of what happens with my future. I am with a group of wonderful people, teammates, coaching staff, props, doctors…”. On Thursday, the applause of Luis Enrique started every time he was going to press the ball out of the Portuguese. The coach was hoarse asking the team to go upstairs to drown and Morata was the only one who did it without the coach inciting him. “Morata is the one who directs the pressure when he chooses the center-back to put pressure on. He is fundamental for us in that ”, the coach from Gijón abounded. For now, Morata is his undisputed nine for the Qatar World Cup, whether he scores a lot or a few goals.