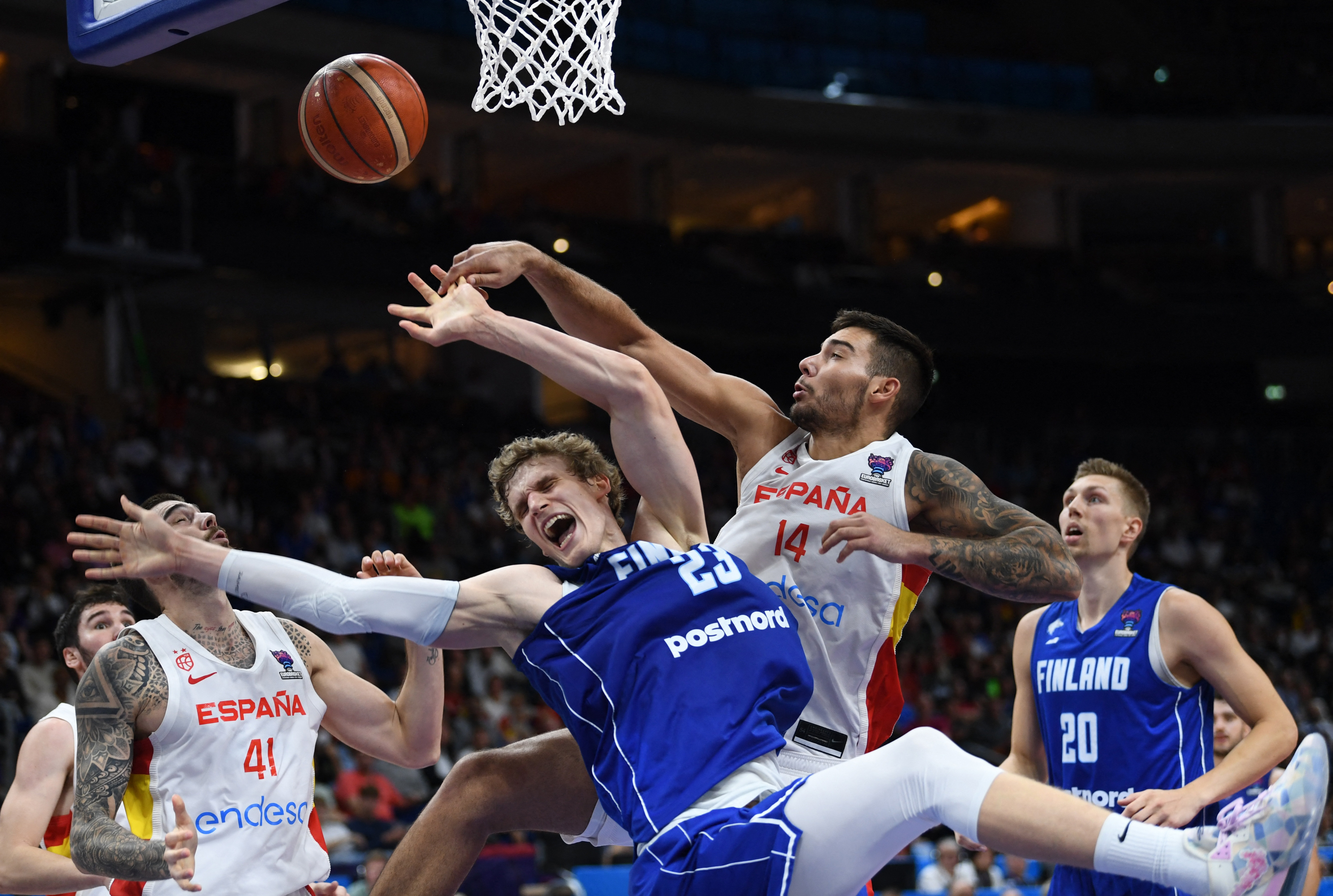 Neither the towers of Lithuania nor the sprinters of Finland. At the moment nothing can beat Spain, who came back from a 15-point deficit against the unruly Nordic team (100-90) and will play the Eurobasket semifinals for the 11th time in a row, all since 1999. On their usual path to medals, they will face on Friday against the winner of the duel between Germany and Greece that takes place this Tuesday (20.30) in Berlin. The team that reigned in 2009, 2011 and 2015, the current world champion, continues to be screwed into the elite even though the generational change is an obvious reality. In the duel between giants in Berlin, Markkanen emerged with 28 points and 11 rebounds, but Finland ended up surrendered to the power of Willy (27 and five) and the inexhaustible faith of Rudy Fernández, the anchor with the Spain of the past, the captain of the present .

Scariolo changed his plan from the start, waiting for the gale he feared. Joel Parra, one of the underused players, started off to act as jailer of the Markkanen earthquake despite being 13 centimeters shorter. But the Nordic storm came from all sides. With the star held in that start in which Spain took a certain advantage (8-2), Finland activated the rest of the hares. The Finnish team is much more than its NBA star. Markkanen is a luxury piece in a very well-oiled mechanism and he knows perfectly what he plays: extremely high mobility of legs and arms, with and without the ball, the game at a thousand revolutions, counterattacks, penetrations and the barrel always hot from the start. triple. The team with the shortest average height of the 24 that started the Eurobasket (1.97m) is a delight for the spectator and torture for the rival.

With that recipe of running, handling the ball a little, sharing possession (16 assists in the first half, 25 at the end) and throwing to the minimum, Finland turned the result around (9-11) and began a street runner that put legs you arrive at the set of Scariolo. The technician continually changed the pieces and varied the systems (from individual defense to the zone), but the guys led by Lassi Tuovi always found a crack through which to sneak in. The nightmare was real for Spain. Scariolo had already warned that a difficult opponent to decipher appeared in front of them, whom they barely had on the radar, with an original game, atypical but very effective. The duel confirmed his fears. Spain ran like a headless chicken, lost the ball and did not hit from the perimeter (13-22, 19-30, 31-44). Finland was flying without the need for the alien version of Markkanen (10 points in the first half), collecting darts from the triple. Willy and Juancho Hernangómez held the team under the paint amid cold sweats and a few defenses with gritted teeth left the team alive at halftime: 43-52. Spain had been lower in the game than on the scoreboard.

From the passage through the Scariolo board came a Spain with arms raised in defense, the yes or yes of this set of pick and shovel. For the selection there was no other breath than to turn off the tap. An 8-1 run confirmed that trend that the group had already pointed to at the end of the third quarter (51-53). Willy percussing in the area, Parra with the handcuffs on Markkanen and the same voltage in defense as the rival in attack. Finland had accelerated the appointment and now relied more than ever on his speedy genius of 2.13m to score or pass. A triple by Parra raised the 60-57 to the screen of the Mercedes Benz Arena.

Willy vs. Markkanen. The Spanish center received applause from the bench when Garuba took over at the end of the third quarter with the match up and down (57-64). It was senior time and Rudy stepped forward with two steals in a row. The captain is a defender of steel. Alberto Díaz, an outstanding student. The fouls in attack that the point guard from Malaga has caused in the Eurobasket are worth gold. A stopper from the hard-working Garuba and two punctures from Rudy and Brizuela from the perimeter sent Spain one step up (73-67). Finland was already Markannen or Markkanen, which is no small thing.

With Joel Parra of four and Garuba of five, the team started the decisive stretch with a quintet short. Darío Brizuela lit the dynamite fuse with that game of powder that the team appreciates so much in moments of traffic jam. That faith had returned was demonstrated by a triple by Garuba. Markkanen continued adding, although the Finnish shoes no longer ran as fast (84-82). Willy blocked the Nordic tower and Rudy stretched his display of delivery: steal and assist, triple by Brizuela. Two missiles followed by the captain from a distance launched the team a length ahead: 95-84 with 1m 48s to go and victory in hand. In attack and defense, Professor Rudy Fernández, the best possible finishing touch for the team to return to the semifinals of a European Championship. With many new faces and seven debutants in a big event, but also with the competitive DNA intact and Scariolo on the bench and Rudy on the track and in the locker room as the common thread with the golden generation. This Spain of change will also fight for the medals.

Crosses of the final phase in Berlin.

Ancelotti replies to Xavi: “It’s easier to say that the Champions League is won by the best” | Sports | The USA Print

Sevilla is a hurricane: Lopetegui, sentenced | Sports | The USA Print

Champions League 2022: match schedule and where to see the Spanish teams | Sports | The USA Print

The most earthly year of Jon Rahm | Sports | The USA Print

Inter-Barça: only one fits | Sports | The USA Print

Koke, a myth for the return of ‘cholismo’ | Sports | The USA Print