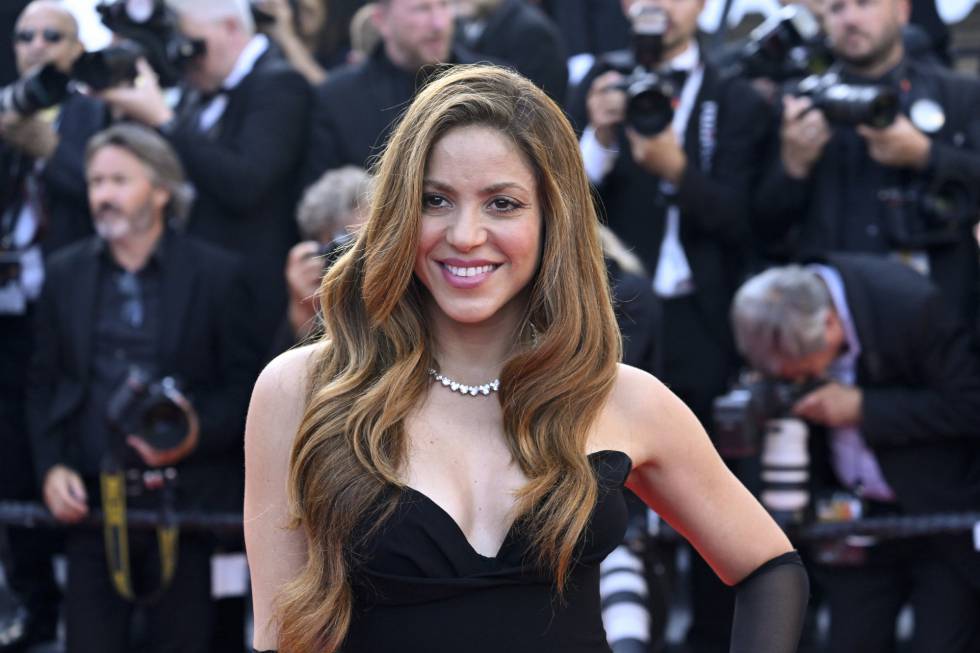 Shakira has lost the last chance she had to avoid trial for tax fraud. The Barcelona Court has knocked down the appeal of the Colombian singer and has confirmed the judicial order that concluded that there were indications that she had defrauded 14.5 million euros to the Treasury. Although the possibility of an agreement with the Prosecutor’s Office remains open, Shakira has not been able to avoid the defendants’ bench and file the case.

The judicial investigation opened against Shakira Isabel Mebarak Ripoll, real name of the singer, concluded the summer of last year. The judge held that, between 2012 and 2014, the singer was already a tax resident in Spain and, therefore, she had to pay her taxes here, which she did not do. Shakira has maintained from the beginning that during those years she lived in the Bahamas and that she visited Spain sporadically. That thesis was dismantled by the Treasury inspectors, who investigated her private life in Barcelona with the soccer player Gerard Piqué and concluded that her usual place of residence was Spain.

Shakira’s defense filed an appeal to insist that there is no direct evidence that those years Shakira spent “more than 183 days in Spain”, a requirement that marks the law for a citizen to be considered a tax resident. The singer also recalled that she does not have any debt with the Spanish Treasury, since she has paid the amounts that have been claimed. Now, the Tenth Section of the Barcelona Court has dismissed the appeal and, although it does not go into the substance of the matter, it considers that there are sufficient indications for these discrepancies to be resolved in the oral trial.

The core of the matter is to know if Shakira spent those years 183 days or more, and there the car admits that there are discrepancies. The “calendars” prepared by the Tax Agency and by the defense differ on two points: the days of “partial presence” and the others in which the singer “claims to have been alone in a farmhouse in Perpinyà” (France)”, despite because according to the Treasury some of those days he was in Barcelona. Beyond errors or divergences, the magistrates say that the important thing is “to take a more general view” and emphasize that throughout the investigation “multiple sources of evidence” have been provided (payments with credit cards, visits to establishments used by the singer, attendance lists, photographs posted on social networks) to prove the stay in Spain.

“There are sufficient elements to estimate that [Shakira] had established his habitual residence in Spain” in the years under investigation; and that the days when she was away should be considered “occasional, punctual or sporadic” departures. She cites as an example some decisions that the artist made in 2012: “she bought a house” and started the works to leave it to her liking, she rented “a recording studio for a year”, she received “family visits” and she even “monitored her pregnancy in a clinic in Barcelona”. The Colombian artist herself “acknowledges having been in Spanish territory for a large number of days” and she “takes the vast majority of those indicated as good” by the inspectors. The defense had argued that he had tax residence in the Bahamas, but for the magistrates it is an “irrelevant” fact beyond whether the fact of buying a house on the islands “accredits residence or not”, something that is also the subject of debate legal.

The Barcelona Economic Crimes Prosecutor’s Office was waiting for that resolution to present its indictment. There, she will detail the prison sentences that she will foreseeably request for Shakira for three crimes of tax fraud. The possibility that the artist and the public ministry reach some kind of agreement -accept the facts and pay a fine in exchange for a reduction in the sentence that can avoid imprisonment- is still open. For now, however, Shakira’s defense remains firm in her position that she has not committed any crime and that she will fight in court.

Also Read  Only nine Spanish cyclists, the fewest since 1972, and no great hopes in the Tour de France | Sports | The USA Print

After knowing the car, sources of the singer’s defense assure that Shakira “will continue to defend her innocence” with “weighty legal arguments” and interpret that the dismissal of the appeal is “simply one more step in the process.” “Shakira’s conduct in tax matters has always been impeccable in all the countries in which she has had to pay taxes,” add these sources, who point out that she has “trusted and faithfully followed the criteria of the best specialists and expert advisers” . These sources recall that she does not have any pending debt since she paid the amounts claimed by the Treasury in various years (which add up to more than 41 million euros) regardless of the resolution of the case.

The Barcelona Court has, on the other hand, estimated the appeal filed by the other investigated in the case, Ezequiel Camerini. His lawyers, Diego Artacho and Cristóbal Martell, requested the filing of the case because the only evidence against him was based on the fact that he was the singer’s “lawyer and global counselor”. With the support of the Prosecutor’s Office, the magistrates agree with them because they find that Shakira had “other people who advised her on tax, accounting and commercial matters” in Spain and because she was not aware of the days of her residence in this country. .

Previous article
A fake US soldier in Syria scams 356,000 euros on Facebook from a woman from Ávila | Spain | The USA Print
Next article
UK prosecutors charge actor Kevin Spacey with four counts of sexual abuse | Culture | The USA Print