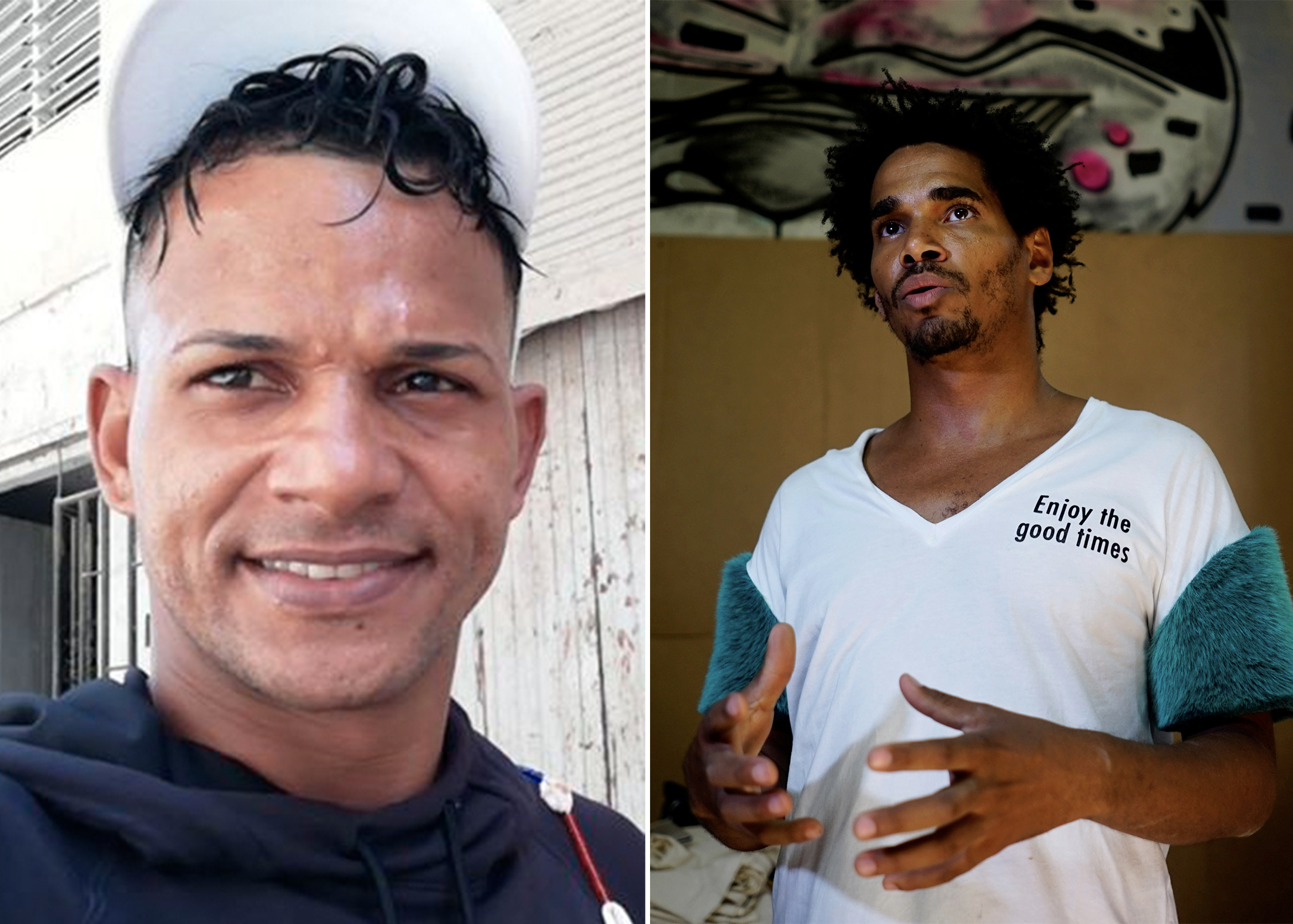 A court in Havana left the trial against plastic artist Luis Manuel Otero Alcántara and rapper Maykel Castillo, the two most visible heads of the opposition San Isidro Movement (MSI), for whom the prosecution requests sentences of 7 and 10 years in prison, respectively. The activists are accused of the crimes of “attack”, “disrespect”, “public disorder” and “incitement to commit a crime”, among others, although various NGOs and their colleagues from the MSI assure that they are being prosecuted only for their political activism and for defend their right to free expression and to criticize the Government, for which they demand their immediate release. The sentence will be announced in the coming days.

The trial against Alcántara and Castillo was held behind closed doors, without access to the foreign press or diplomats – staff from the embassies of Germany, Sweden, the Czech Republic, the Netherlands, Norway and the United Kingdom tried to access the room where the hearing was taking place. oral, but they did not receive permission from the authorities-, while various dissident activists and independent journalists denounced that during the two days of sessions a police operation prevented them from leaving their homes. Only a small number of relatives of the defendants were able to enter the court, which was cordoned off by the police at all times.

Luis Manuel Otero Alcántara and Maykel Castillo have been in provisional prison since last year and are considered prisoners of conscience by Amnesty International. Both are the most visible leaders of the so-called San Isidro Movement, made up of a small group of opposition artists, creators and journalists who for just over four years have promoted different performances critics, street actions, confinements and hunger strikes to make visible the lack of freedoms on the island and denounce police harassment for their dissidence.

Both were arrested on dozens of occasions before their final arrest last year, after having participated in a hunger strike to demand the release of one of the members of the MSI that had great international repercussion and that ended when the police stormed the force in the place where they were locked up, which caused an unprecedented gathering of young artists in front of the doors of the Ministry of Culture, on November 27, 2020. Since then, the MSI and its activists have been criminalized by the authorities, who accused its members of being “mercenaries in the service of the United States” to provoke “shows media” and “internal destabilization” with the aim of promoting a “regime change” on the island.

Also Read  With the relaxation of summer, cyber dangers are accentuated: this is how you can protect yourself during the holidays | Your Technology | The country | The USA Print

In April 2021, both staged another unusual public protest when a group of neighbors prevented the police from detaining Castillo and he escaped by bicycle with handcuffs on one of his arms and later met with Alcántara at the MSI headquarters, where, wrapped by passers-by, shouted slogans against the government and the president and sang the song Homeland and Life -in whose video clip Castillo, one of its authors, participated- that later became an opposition anthem during the historic demonstrations of July 11. “It is because of these events that both are now judged in the same file,” denounced Anamely Ramos, also an MSI member and Castillo’s partner, who is not allowed by the authorities to return to Cuba after having left to study in Mexico. .

The rapper Mykel Castillo, better known artistically as osorbHe was arrested in May. For that flight from the police, he has also been charged with the crime of “prisoner evasion” in the trial held this week. For his part, Otero Alcántara was arrested on July 11 after summoning the population to demonstrate in Havana through social networks. Both Amnesty International and Human Rights Watch and other NGOs have called for the immediate and unconditional release of both.

“Maykel Castillo Pérez and Luis Manuel Otero Alcántara are being prosecuted for exercising their human right to criticize their own government,” he said. Tamara Taraciuk Broner, acting director for the Americas at Human Rights Watch. “Latin American governments should not remain silent when artists are threatened with prison sentences, a display of extreme intolerance typical of the brutal dictatorships that ruled the region in the past,” she said. For her part, the director for the Americas of Amnesty International, Erika Guevara-Rosas, indicated that “in a country where more than 700 people, including some under 18, are imprisoned simply for expressing themselves, it is of the utmost importance that these trials are subject to international scrutiny.

Also Read  Francisco Lloret: "We love forests... but they annoy us" | Climate and Environment | The USA Print

The trials against Alcántara and Castillo take place ten months after the massive protests against the Government of 11-J that shook Cuba, and after hundreds of people have been sentenced for these acts to long prison sentences, in some cases of up to 30 years in prison for sedition. In recent days, a dozen of the convicts who filed appeals before the Supreme Court have had their sentences reduced and others have had their sentences changed to correctional work without internment.

Relatives of the defendants, as well as Human Rights Watch and Amnesty International, have denounced that the Cuban authorities have repeatedly offered to release Castillo and Otero Alcántara in exchange for their leaving the country indefinitely. “This is a practice that the Cuban government has carried out historically and with other critics in recent months and that violates the human right of every person to enter their country of origin,” said these NGOs. Otero Alcántara has publicly rejected the offer on several occasions. According to sources from the dissidence and the families, during the process at all times they tried to show that both “were not artists but simple criminals”, so they do not doubt that the activists could be subject to “exemplary punishments” to stop the social response.

Castillo’s partner denounced that the rapper had to defend himself after his lawyer was taken away two days before the trial began. “Less than 72 hours before the trial, the lawyer arrived saying (…) that the firm had restricted her trials until August 1 and that, therefore, she would not be able to be at Maykel’s trial,” he said. to the AFP Ramos agency. “Maykel practically had to defend himself”, without witnesses in his favor, he added in a WhatsApp message.

Previous article
Rodolfo Hernández: “The ideal would be for women to dedicate themselves to raising children” | Presidential Elections Colombia | The USA Print
Next article
Reparation for Luis Ceccón, the police victim of a “death flight” in Argentina | The USA Print