Sanctions: The sixth blow of the EU sanctions against Russia reaches oil, the heart of the Kremlin’s finances | International | The USA Print 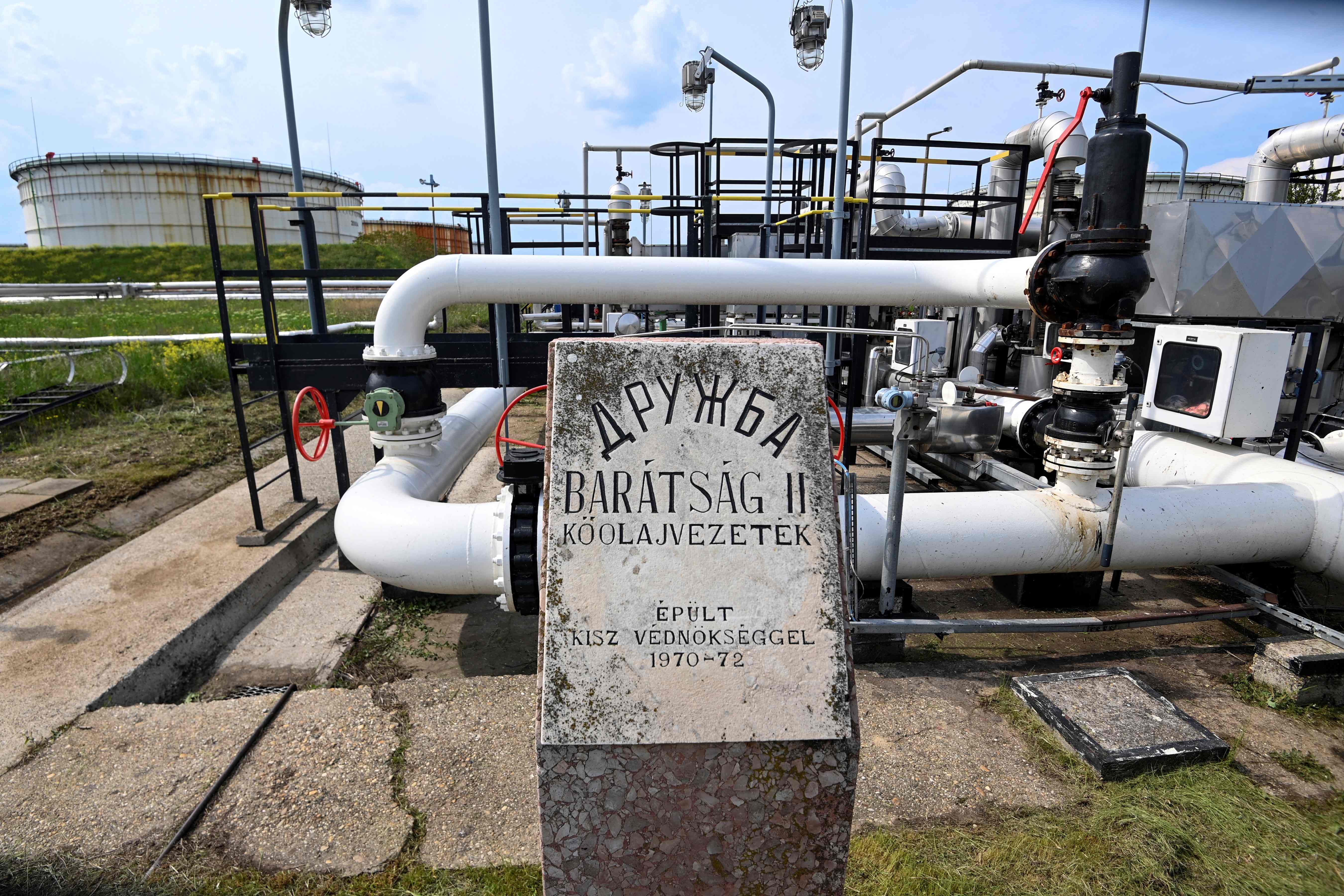 In the early hours of Tuesday, the President of the European Council, Charles Michel, announced an agreement to ban the export of Russian oil to the EU. “This immediately covers more than two-thirds of Russia’s oil imports, cutting off a huge source of funding for its war machine,” he said. This is the sixth round of sanctions agreed by the Twenty-seven against Vladimir Putin’s regime in these more than three months of war in Ukraine

The sixth round has taken a month to approve, why so long?

Because the sanctions also entail damage to the European economy, and in the case of the sixth package, a ban on importing Russian oil is included, on which Europe has a significant dependence. Countries like Hungary, Slovakia or the Czech Republic depend almost exclusively on Russian oil pipelines and feared a serious economic crisis if they gave up those imports.

What was the final agreement?

The Twenty-seven have agreed to renounce before the end of the year all imports of Russian oil that arrive by ship and temporarily maintain those that arrive by pipeline. Germany and Poland, also connected to Russian oil pipelines, will cancel this route at the end of the year, so they will only continue to flow to Hungary, Slovakia and the Czech Republic, which are a very small part of European consumption.

What will this blow mean for Russia?

The European Commission calculates that by the end of the year, Russia will have lost 90% of its oil exports to the EU, leaving it without the same proportion of income. In 2021, Russia entered 88,000 million euros with its oil sales to the Union and the United Kingdom (which has already canceled purchases), according to data from the Bruegel Institute. In other words, the blow to the Kremlin’s finances could be around 79,000 million euros. Oil accounted for 37% of Russia’s export revenue last year, according to data from the Bruegel Institute itself, so Putin will have fewer resources to finance his war against Ukraine.

Can Russia make up for that loss in other markets?

In part, yes. Russian oil exports to India have skyrocketed since the start of the war. But Moscow is forced to sell it at deep discounts on alternative markets. The end of exports by ship to the EU will allow buyers like India to claim even bigger discounts from Russian companies.

And can Europe afford to give up Russian oil?

The EU is the world’s second largest oil importer, buying 9.3 million barrels of crude per day and a further 5.6 million barrels of refined products. Russia accounts for 30% and 15% of these imports, respectively. The Union has until the end of the year to look for alternative suppliers, unless Moscow cuts off sales earlier. Brussels recognizes that Europe will have difficulty replacing all Russian oil, at least in the short term, among other things because OPEC, the cartel of the main producers, has agreed to limits on its production. Experts see it as likely that European governments will have to take steps to limit demand.

What impact have the sanctions had on the Russian economy?

The first few rounds caused quite a jolt. The ruble tumbled and Russia’s central bank was forced to raise interest rates to 20% to contain inflation and capital flight. Controls were also imposed on the outflow of funds. Numerous Western multinationals have also left Russian territory. But Brussels insists that the true impact will be felt in the medium and long term, when Russian companies suffer from a lack of state-of-the-art technology and the country embarks on a path of impoverishment that aspires to make Putin’s war unsustainable.

Does Europe have more sanctions in the pipeline?

Yes, but they are beginning to enter very sensitive territory for the EU’s own partners. The most significant points to the cancellation of the purchase of Russian gas, more than 155,000 million cubic meters a year that cover 40% of European imports of that hydrocarbon. At the moment, that possibility is on the table, but not in the short term, unless the war against Ukraine entered a much bloodier phase. Germany, the EU’s economic engine, imports almost 55% of its gas from Russia and fears a serious recession, which would affect the entire euro zone, if it drastically cancels purchases.

How many rounds of sanctions has the EU approved since the start of the war?

Monday’s agreement at the European summit in Brussels is the sixth package of sanctions since Russian President Vladimir Putin recognized the independence of part of Ukraine on February 21 and ordered an invasion of the country three days later.

What have the sanctions consisted of so far?

Numerous Russian personalities have been banned from entering EU countries and their assets in EU territory will be frozen. The blacklist already includes 1,093 people and entities and several dozen more are added in the sixth package. Among those sanctioned are from Putin and his Foreign Minister, Sergei Lavrov, to oligarchs such as Roman Abramóvich, as well as some relatives or people close to him. Putin and Lavrov have not been prohibited from traveling to the EU so as not to close the doors to a possible negotiation that would require a physical meeting in a European city. And the freezing of assets surprised the central bank of Russia, which has lost access to almost half of its reserves, which it had deposited in Western entities (European and American).

And there have been no economic sanctions?

Yes. In each round they have been hardening. Exports of numerous essential goods for Russian industry have been restricted, such as semiconductors, aviation equipment or technology for the energy and space sectors. In addition, Russia has been banned from exporting coal, iron, steel, wood, cement and some fertilizers to the EU.

Do the sanctions affect transport between the EU and Russia?

Yes. Since February, all Russian airlines have been prohibited from entering EU airspace and from landing or taking off at any EU airport. Road transport is also prohibited, with some exceptions such as the dispatch of energy or pharmaceutical products. And the entire Russian merchant fleet, numbering more than 2,800 ships, is banned from docking in EU ports.

How have these sanctions been approved?

Always unanimously of the 27 EU governments.

And Russia has not retaliated after so many sanctions?

Yes. The Kremlin also has its blacklist of European personalities who cannot enter Russian territory. And he wants to force European companies to pay for gas imports in rubles as a way to bolster Russia’s central bank after losing control of part of its reserves. The Russian gas company Gazprom has already cut off supplies to four European countries (Poland, Bulgaria, Finland and the Netherlands) that have refused to accept the new payment system. Denmark looks like the next. The big German and Italian importers have managed, for now, to dodge the blow by accepting the opening of a bank account in rubles, although they insist that the invoice is considered paid in euros.