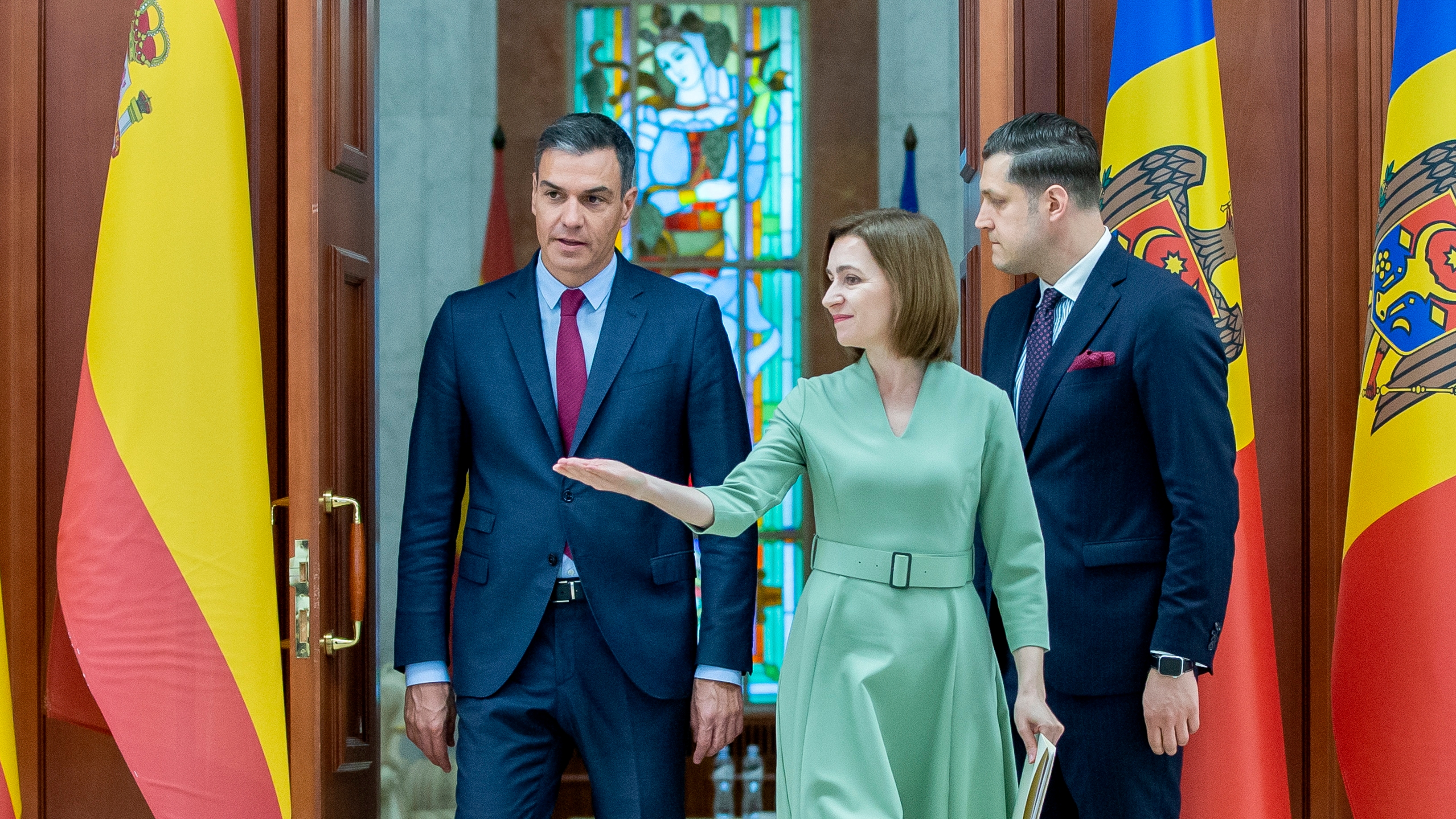 Spain has proposed to strengthen institutional cooperation with Moldova, a small former Soviet republic embedded between Romania and Ukraine. In a lightning visit to the Moldovan capital, Chisinau, this Friday President Pedro Sánchez announced the soon opening of a diplomatic “antenna” – the first step before opening an embassy – “with the aim of further strengthening the bilateral relationship”, in a joint press conference with the Moldovan head of state, Maia Sandu.

This is the first official trip by a Spanish president since diplomatic relations were established between the two countries 30 years ago. A visit of which the head of the Executive himself has declared feeling “particularly honored” by its significance. In Moldova, a country of just over 2.6 million inhabitants, there are 58 companies with Spanish capital, in the energy, wine and automotive sectors, revealed Sandu, who conveyed his interest in attracting investment in other sectors such as the textile industry and the agrifood.

The meeting between the two dignitaries, which had been suspended at the end of April by Sánchez in order to vote the anti-crisis decree in Congress, was marked by the war in Ukraine, a country bordering Moldova, which has caused the exile of millions of Ukrainians. Of them, half a million have arrived in Moldovan territory, which makes Moldova the country that has received the most per capita.

In addition to the humanitarian emergency, the country bears the economic impact of the war. The high cost of energy has caused a dizzying rise in prices (inflation in Moldova reached 27.1% in April). To help the country, President Sánchez has announced that Spain will provide economic aid. “The Government of Spain is determined to support Moldova in everything within our power to overcome this dramatic crisis, both bilaterally and within the framework of the European Union,” said Sánchez.

So far, Spain has sent 30 tons of aid with material to serve Ukrainian citizens. In addition, Sánchez pointed out that the Government will deliver eight million euros to the host countries bordering Ukraine and will welcome 2,000 Ukrainians who are currently under the protection of the Moldovan State.

For her part, the Moldovan head of state indicated that she wants a collaboration to be established with the Spanish Agency for International Cooperation and Development to execute “projects in the field of good governance, modernization of public administration, infrastructure and the environment” and recalled that his country is the second most affected after Ukraine by the conflict initiated by Russia, since it cannot import anything from Ukrainian ports nor does it have access to Eastern markets. “Despite these challenges, we want to advance in the implementation of development programs, consolidate democratic institutions, continue the reform of justice, institutions that fight corruption, improve the business environment, attract investment and economic opportunities,” he assured. Sandu, who stressed that the war has taught that it is necessary to “progress quickly” towards the entry of his country into the EU, “because later may be too late”, he specified.