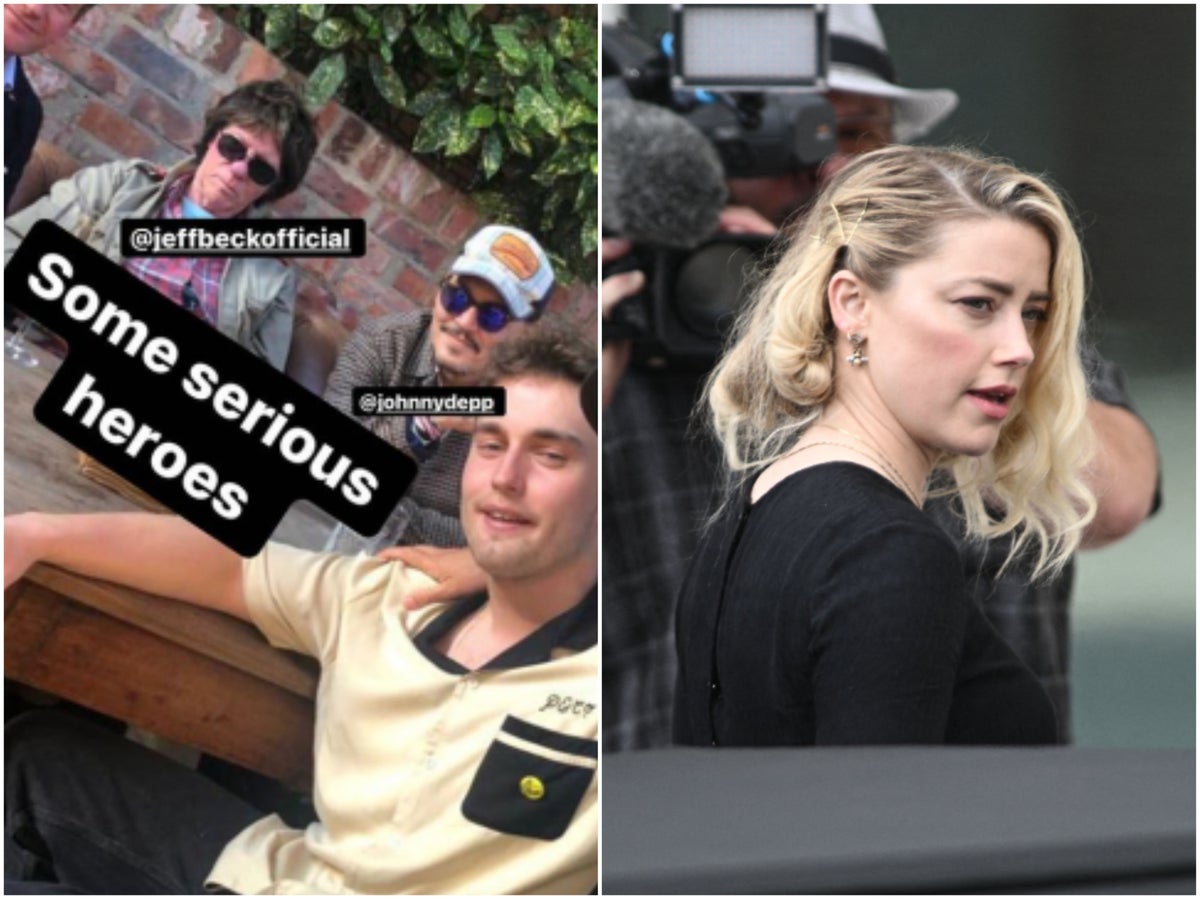 Sam Fender spent the night in the pub with Johnny Depp when the actor won his libel suit against Amber Heard.

Depp had sued Heard for $50 million for allegedly implying that he had abused her in an op-ed in the Washington Post 2018. She pursued a $100 million countersuit.

As the jury deliberated this week, Depp traveled to the UK. A verdict was reached on Wednesday (June 1), and social media posts began to surface claiming that the actor had been seen in a pub with singer Fender on Newcastle’s Quayside that same night.

The jury returned its verdict, stating that Heard had defamed Depp on all three counts.

Minutes after the verdict was known, Fender shared a photo on his instagram stories while sitting on a bar terrace with Depp and musician Jeff Beck, with whom Depp performed on stage in the UK this week.

“True Heroes,” the North Shields native titled in his post.

Following the jury’s verdict, Heard released a statement saying, “The disappointment I feel today is beyond words. I am heartbroken that the mountain of evidence was still not enough to stand up to my ex-husband’s disproportionate power, influence and dominance.”

“I am even more disappointed in what this verdict means for other women. It’s a setback… I’m sad that we lost this case. But it saddens me even more that I seem to have lost a right I thought I had as an American: the right to speak freely and openly.”