Russian offensive in Ukraine: Merkel acknowledges that she wonders if the invasion of Ukraine could have been avoided, although she does not regret her decisions | International | The USA Print 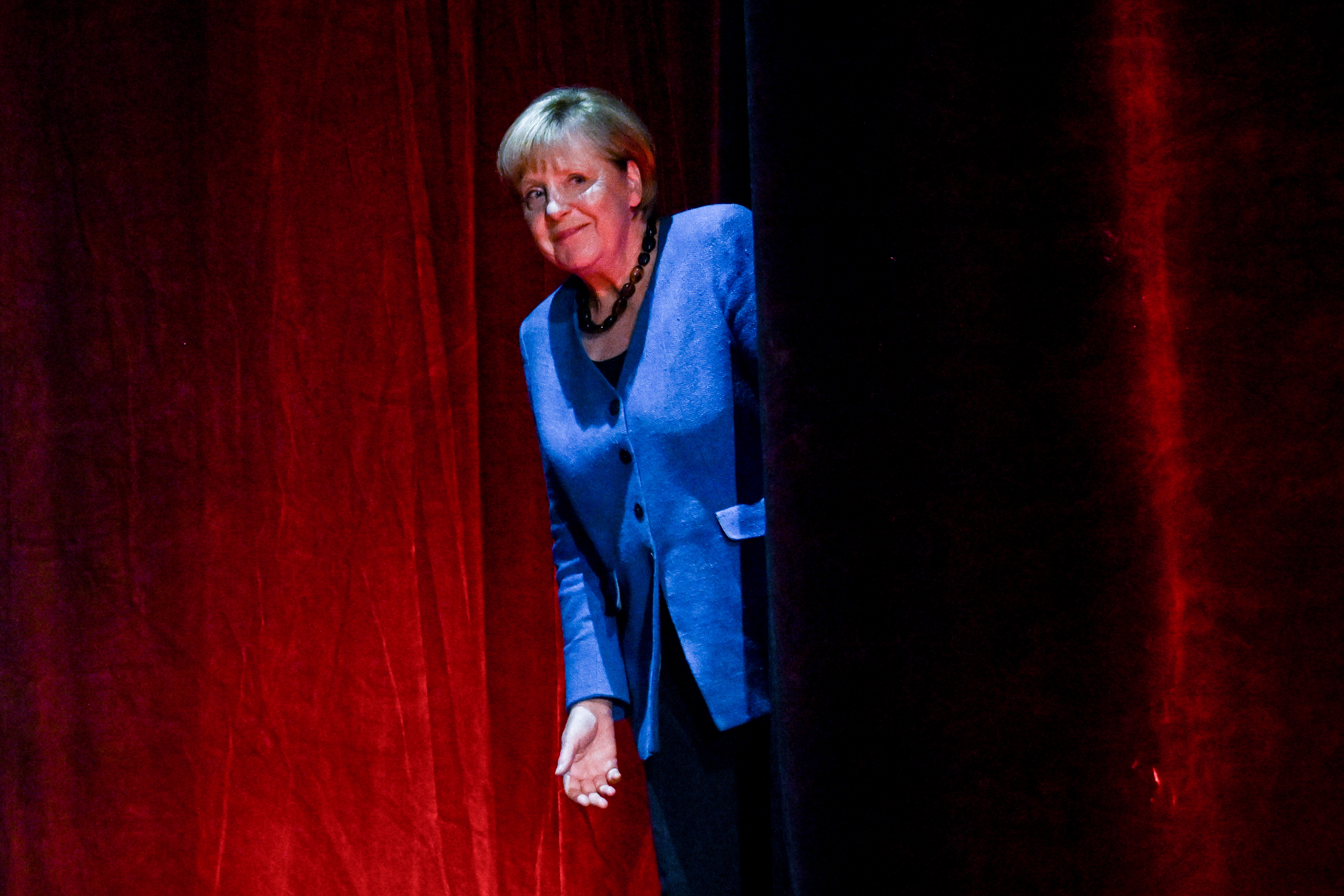 His return to the public arena had generated many expectations, and Angela Merkel did not disappoint. The one who was German chancellor for 16 years, until last December, she reappeared this Tuesday in the first interview that she grants since leaving the Chancellery in the hands of the Social Democrat Olaf Scholz. She hadn’t spoken for six months and for the last three her opinion on the Russian invasion of Ukraine and his role as leader in Berlin’s relationship with Vladimir Putin’s Russia had been especially missed. It was obvious that Merkel wanted to talk. She not only harshly condemned the invasion; she too made a slight self-criticism and wondered if the war could have been avoided.

“It is a brutal attack that violates international law for which there is no possible excuse,” said the former chancellor during the interview, which was broadcast live on television from a Berlin theater. In front of a packed audience that laughed and applauded some of her answers, the journalist Alexander Osang toured Merkel’s political career through an hour and a half of questions. Invading Ukraine “is a big mistake on Russia’s part,” the Christian Democrat politician said. “It was not possible to create a security architecture that would have prevented war,” she added, lamenting that after the end of the Soviet Union, European countries have not managed to “end this cold war” in their relationship with Russia.

Merkel began the meeting by telling what she has been doing since she left the Foreign Ministry. She said that after 30 years in politics, she didn’t know how to sit around doing nothing. She had said that she wanted to rest and get away from public life, and that is what she has done. She has spent time in a country house near the town where she grew up, Templin (Brandenburg), and she has taken long walks along the beaches of the Baltic Sea reading—rather listening; she has taken a liking to audiobooks—Shakespeare, specifically Macbeth.

Also Read  "In opposition to all odds, sure" (resolution from Esther Segarra, supervisor of Pancho Varona) | The United States Print

The invasion of Ukraine, in addition to causing him “great sadness”, has made him rethink decisions he made when he was in office: “Could I have done more to prevent such a tragedy, because I think this situation is a great tragedy. Could it have been avoided? Of course, I ask myself these questions over and over again.”

Osang, a journalist from Der Spiegel, asked extensively about his relationship with Putin. From the most relevant issues —“In 2007 he told me that for him the disintegration of the USSR was the worst event of the 20th century. For me it was a liberation. It was already clear then that there was a great disagreement”—until the episode of the Russian president’s dog on a visit to Sochiwhen Merkel, who is afraid of dogs, was petrified before Putin’s labrador, going through the language in which they communicated: “Putin speaks German better than I speak Russian,” he acknowledged.

The former foreign minister always maintained an open channel of dialogue with Putin, although she assured that she was aware of what kind of leader the Russian president is. She rejected the accusations of naivety. “Putin’s hatred, Putin’s hostility, yes, it has to be said, goes against the Western democratic model,” she said. She always knew that Putin “wants to destroy Europe. He wants to destroy the European Union because he sees it as a precursor to NATO”. But the diplomatic solution was the only possible way to avoid an open conflict. Although she acknowledged that she wonders if he did the right thing, she stated that she doesn’t think she should apologize for his political decisions. “Diplomacy is not bad if it doesn’t work,” she said.

Merkel also reported that the sanctions imposed by the United States on the construction of the controversial Nord Stream 2 gas pipeline and that affected German companies had “bothered” her. That “is done with a country like Iran, but not with an ally,” she said, and she thanked President Joe Biden for ending the sanctions last year. The former foreign minister also reviewed past decisions on Ukraine, such as not granting the country the status of a candidate country to join NATO. It happened at the Bucharest summit in 2008. At the time, Merkel recounted, Ukraine was not a “democratically firm” country and was “dominated by oligarchs.” Facilitating entry into the Alliance would have provoked Putin, she added, and he would have retaliated against kyiv.

Merkel’s appearance at the Berliner Ensemble theater is part of her plan for a quiet return to public life. The excuse for the talk with the journalist is the publication of the book So what is my country, published last year by the Aufbau publishing house. It includes three of the most outstanding speeches of the former chancellor: the one she offered on the Day of German Unity in 2021, one of the last; the one she delivered to the Israeli Knesset in 2008, and the statements she made in 2015 about her decision to keep Germany’s borders open in the face of the migration crisis.

Previous article
Chile: Who sold non-lethal weapons to the Chilean police during the 2019 protests | The USA Print
Next article
A blurred Le Pen resigns herself to losing in the legislative elections after being a finalist in the presidential elections | International | The USA Print