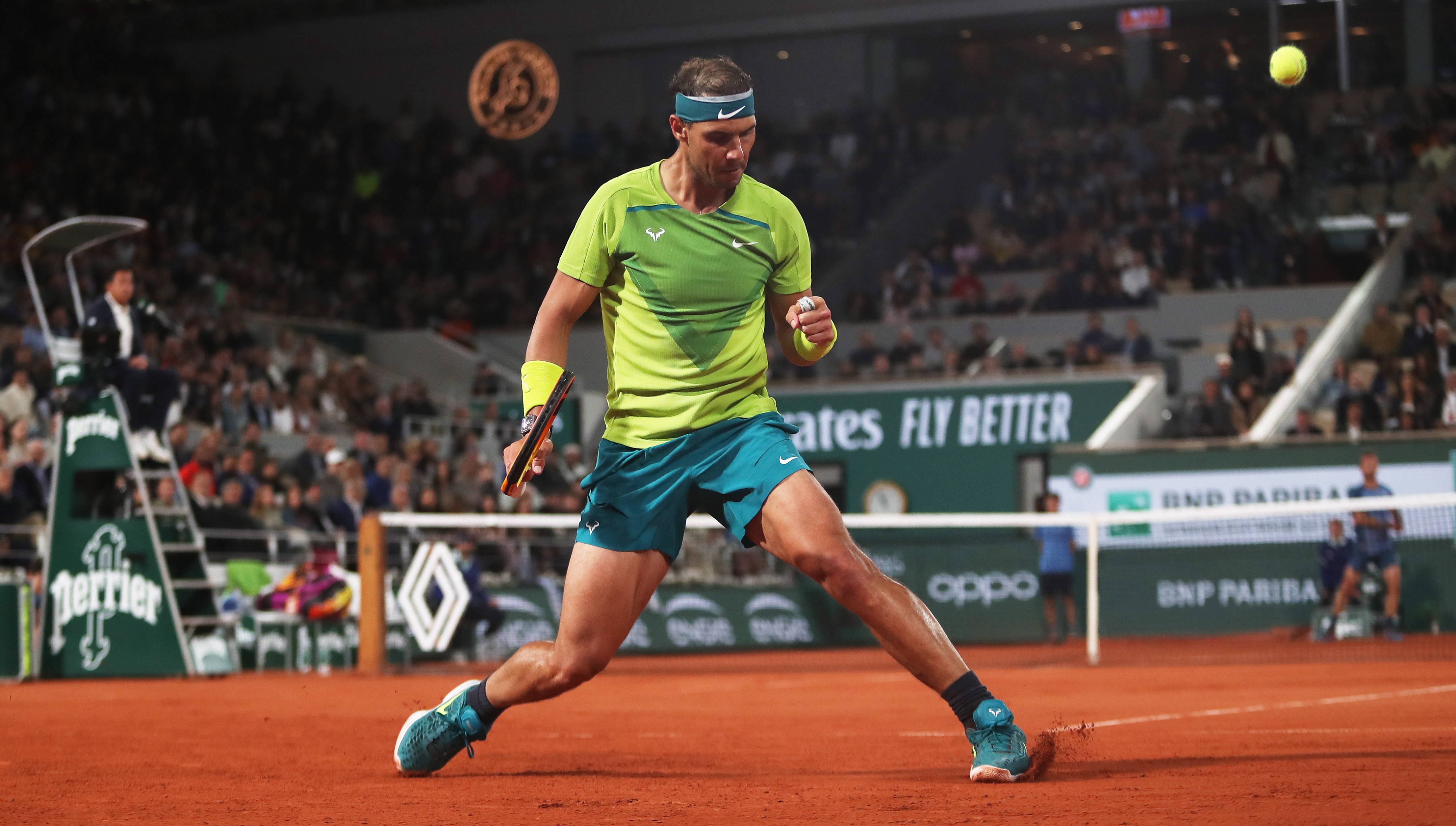 The night has already taken over the Bois de Boulogne, where artificial light is still a strange element, false in a tournament that compiles the great natural episodes and that has resisted the new times until it could no longer. The night session, the damn money. What those interested do call industry. But with lights or without them, what does it matter, Rafael Nadal continues to his own, advancing in the great French and recounting victories, 300 already in the Grand Slams. Round figure – only Roger Federer (369) and Novak Djokovic (325) surpass him – in a fruitful evening in which he continued to gain ground and good feelings against Corentin Moutet.

The Frenchman, a southpaw with a bad temper who from time to time has messed things up – rackets, kicks to the balls and punches to the canvas during an exhibition, for example – got angry in the final stretch, but the only thing he got ( 6-3, 6-1 and 6-4, in 2h 10m) was to stretch an irremediable destiny and the appreciation of the Parisian stands, always with their own, whoever they play against and whatever the hours. Nadal, I don’t know any secret, likes to play in broad daylight and if the sun goes down with force all the better, but he has shown that here or there, in Paris, Melbourne or New York, from side to side of the globe, knows how to adapt to the circumstance and the situation.

The current one is not easy. It has been many days in the reserve and he is in the task of returning to being who he should be. “Day by day, especially enjoying the fact of being here, at Roland Garros. The last two months have not been easy, so victories like this help me”, he told Fabrice Santoro, earning applause from a crowd that witnessed another positive performance by the Spaniard, solid and with hardly any setbacks, good legs and reactive every time. time Moutet (139th) tried to entangle. The respectable one turned to his player, but Nadal maintained the usual trend every time he is in front of a blue.

Also Read  Sergio García: “Fighting is the only thing left for me” | Sports | The USA Print

Of the 10 matches he has played against French players at Roland Garros, the Mallorcan (35 years old, fifth today on the ATP list) has won them all, with a devastating record in sets (30-2) and equally resounding if looks at the overall statistics of clashes throughout his career: 96-13. Previously, Richard Gasquet (3), Benoit Paire, Quentin Halys, Gianni Mina, Nicolas Devilder, Paul-Henri Mathieu and Sebastian Grosjean tried his medicine.

“I prefer during the day, but I understand that the tournament takes advantage of the options it has for the investment it has made on the court. [renovada desde hace tres años]”, he expressed just 10 minutes after leaving the central court, still with traces of clay on his shoes and protective tape on his fingers. “I’m in the third round and not losing a set, which I’m happy with. There are things that could have been done better, but also worse. Today, at times, I have played at a good level; at times, the drive It has gone better, although I have lacked continuity at some point. There is a way to go, but we are not that bad, ”she added.

Nadal jumped onto the track around nine at night. Before, as always, he was distracted playing Parcheesi with his team members and then the activation began, so that he could only watch the vibrant duel between Carlos Alcaraz and Albert Ramos for a few moments. He will face a 26-year-old Dutchman with whom there is no precedent, Botic van de Zandschulp, on Friday. “He is playing very well and has a powerful strike. I will have to play better. It is difficult, but it is also going to put me in perspective of where I am, because he is already a major rival, ”prolonged the Balearic, who ultimately referred to his 300 victories on the big stages.

According to history, they are distributed as follows: 76 at the Australian Open, 107 at Roland Garros, 53 at Wimbledon and 64 at the US Open. However, he prefers to focus on evolution and not so much on numbers. “I don’t care much, really. In the end, between Djokovic, Federer and myself we can find something every day, because we have been on the circuit for many years. The only thing that means is that many games have been won and also that, unfortunately, we are quite old… ”, he sealed between laughs.