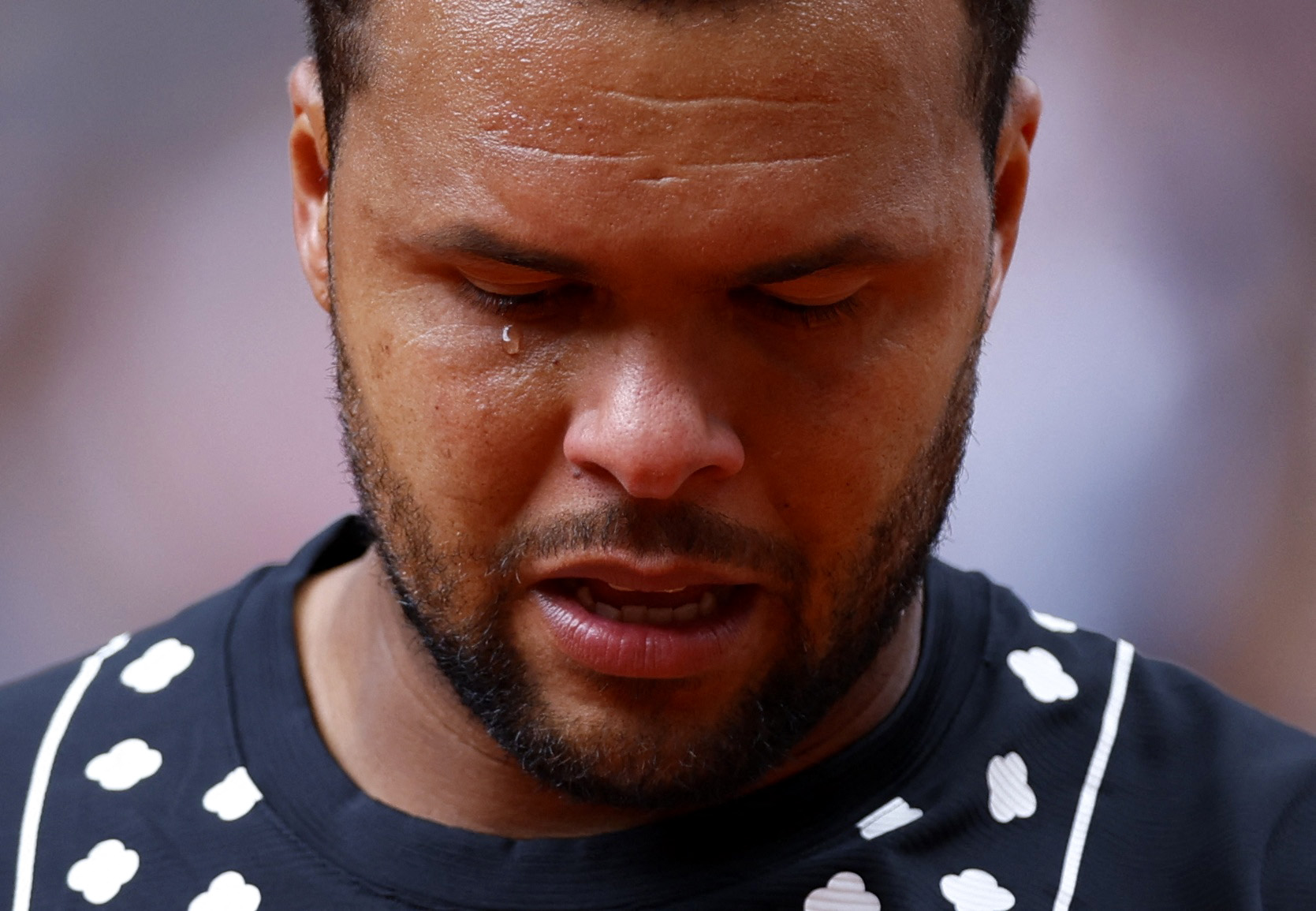 I was emotional on Tuesday watching the brilliant Jo-Wilfried Tsonga play against Casper Ruud in what turned out to be, predictably, his farewell to the sport. The Frenchman, plagued by constant injuries, has not managed to win any top-100 in the last year. And in that last match, however, he displayed such courage that he made us believe that his victory was possible. It is no wonder that the local public cheered and applauded him relentlessly, and that he even sang the national anthem, The marsellesato move the tennis player, who closed the last point of the match with tears in his eyes.

And it is that Tsonga displayed a style that, I think, in a few years will have disappeared completely. That of the player who plays more with his heart than with technique and who tends to engage the public more than the complete and perfect athletes of today. Although he did not win a Grand Slam, Tsonga has been a great match winner. He had a very powerful serve, a great drive and a setback that brought him more problems than desired. But what I would highlight about him, without a doubt, is his powerful physique, the intensity that he always gave to his game and, above all, that enormous fighting ability that he showed and that aroused the enthusiasm of his audience.

My nephew and I used to coincide with him when we were both children, in the children’s circuit; but I remember with a particular smile the first training session between the two, already on the professional circuit, at Wimbledon, in 2008. At that time, Rafael was already displaying a fervor that prevented him from distinguishing a match from a rehearsal, which led Jo to state that he would not train with him again. Of course, not only was that not the case, but we developed a close and very friendly relationship with him. Shortly after that day on the grass, Rafael was easily eliminated by the Frenchman in Australia, where he put in a magnificent performance that took him to the Grand Slam final.

Now I am in a cozy armchair in the beautiful and brand new premises of the Philippe Chatrier Club House, writing these lines, and I have just congratulated and wished Jo well. I also see Fabrice Santoro, a former and highly skilled player in the French Navy who is still linked to tennis and Roland Garros, and who did us the honor of visiting the Academy a few weeks ago.

These days I have also been happy to see Guillermo Coria and Gastón Gaudio, two Argentine players who coincided with Rafael for a few years and who were owners of a game of the highest level. They were admirable, very talented, creative and capable of rousing and lifting the viewer from their chairs. David Ferrer, another of the greats who forced you not to blink at each of his intense points, also circulates these days in Paris, doing commentary work in some games.

With them, I realize, a less precise, less perfect and much less complete style of tennis than the current one is leaving. But also, perhaps, the ability of these great fighters to move and unite the public by the particular way of each one of raising his virtues above his cracks.

The guts of the big tournaments, another of its great attractions, and the memory of the enormous wealth and variety that has existed in the history of this sport.