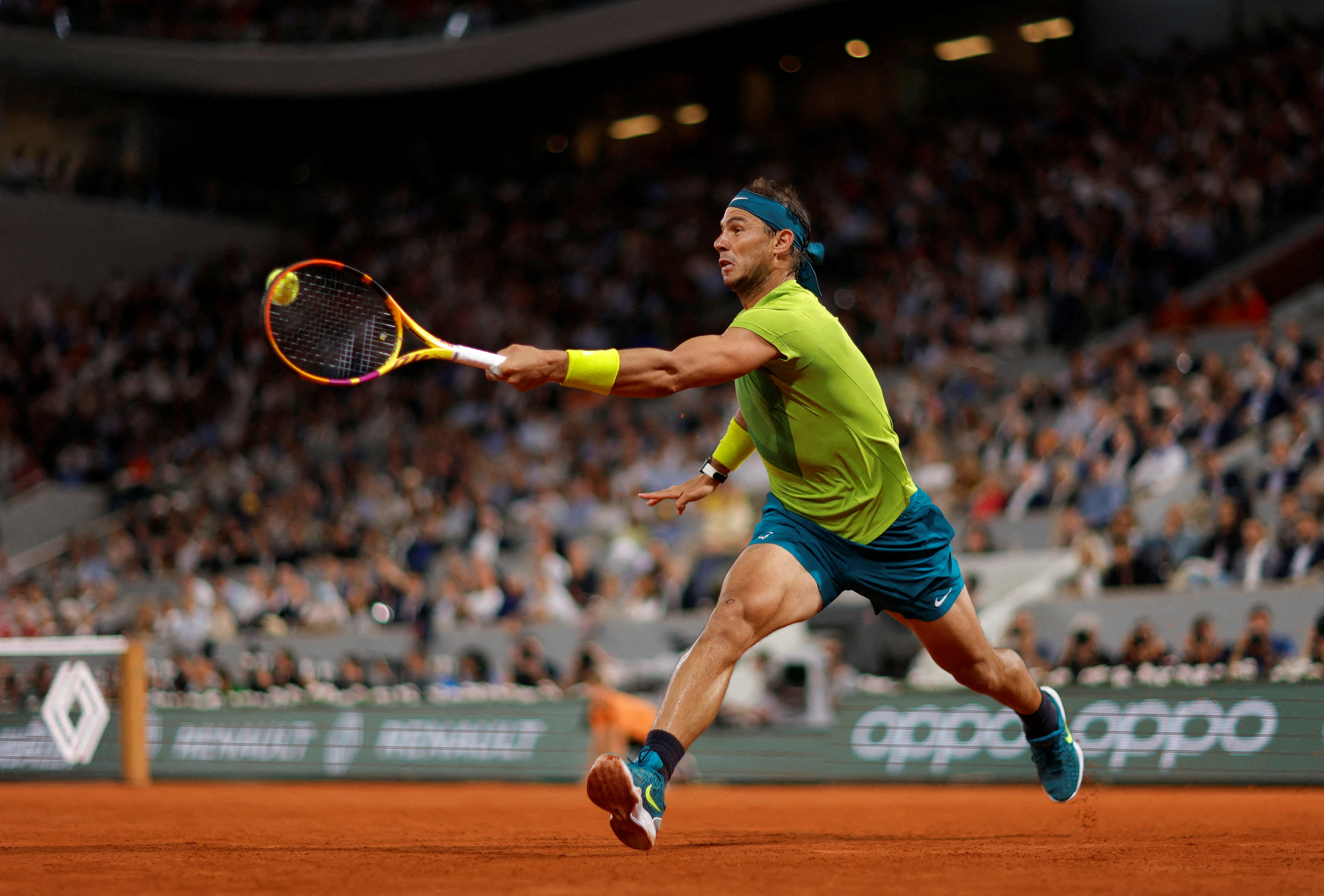 When the first set of the semifinal between Nadal and Zverev ended, I found myself sitting on the edge of the chair, sweating profusely without a drop of sweat falling on my body, my legs exhausted from sliding so much on the land of Paris , and, although I am right-handed, with my left arm boiling from the effort deployed in those eternal 91 minutes. Just in case, I drank a liter of water so I wouldn’t get dehydrated. It is what happens to us when we have to empathize with an eternal fighter like Nadal. We are going to give everything from the sofa because we are suffering, pushing, running, hitting and celebrating like him. We are an extension of Nadal.

We have all worried these weeks about Nadal’s chronic injury, but in the end the foot that exploded into a thousand pieces was Zverev’s. That wild torsion at 3 hours of the game cut off our adrenaline, which we were already preparing to dose in more than 5 hours (at 90 minutes into the set, we would have left at 7.5 hours). There was no such abrupt ending in the script. Zverev did not deserve it.

The game was hellish, huge, inhuman. The conditions, with humidity and roof, turned the balls into medicine balls. We all saw that Zverev had an advantage because of his flatter shots and because his elongated body seemed to float better on the moisture-caked sand. And also, because of his youth, of course. That’s why we pushed so hard this time, because everything seemed to doom Nadal, and yet, with beads of sweat flowing over his eyes in every close-up, he was fighting for every point like always, as if life depended on that ball.

The tension is the protagonist of the tennis players, but, by extension, we suffer it, and especially, their relatives. When I arrived at Roland Garros in the Eighties, to cover the tournament for EL PAÍS, one of the first days I sat down in the stands of a distant court with Lluís Bruguera, at that time the best Spanish coach, and I said: “Can you Tell me what’s going on on the track? With him I learned that the head is everything in tennis. Yesterday I relived those moments watching his son Sergi, Zverev’s coach, contain his emotions with a rictus of extreme self-control that was only expressed with a thumbs up when his pupil looked at him with wild eyes after having played like the gods and even thus losing the first set when going 6-2 in the tiebreaker.

The head is everything. Rafael has grown up in the stoic school of his uncle Toni. Apologies are worthless, there is no place for resignation, it is not conceivable to avoid sacrifice. Every tick before his serve, every millimeter he watches as he places his bottles, every towel he neatly folds, are exercises Nadal uses to reset his neural connections after each wild spot. It is a machine to fight, to win, it is the closest thing to the Marvel Superheroes that the human being can build.

Every point, every game, every set, every match, is Nadal’s fight against the end of his career. He lives every minute with the maximum intensity, as if he were the first; as if he were the last. How to enjoy life “The one word we must say each morning, in recognition of the gift we have been given, is: Thank you. Nothing was owed to us. Thank you for that insane gift”, says the French philosopher Pascal Bruckner to close his book an eternal moment. That is the philosophy of Nadal and of the family clan and his collaborators; without them his success cannot be conceived.

This Sunday he can win his 22nd Grand Slam title and extend his advantage over two other monsters, Djokovic and Federer. That is the objective data. The other, even more important, is that he continues to give us life lessons.