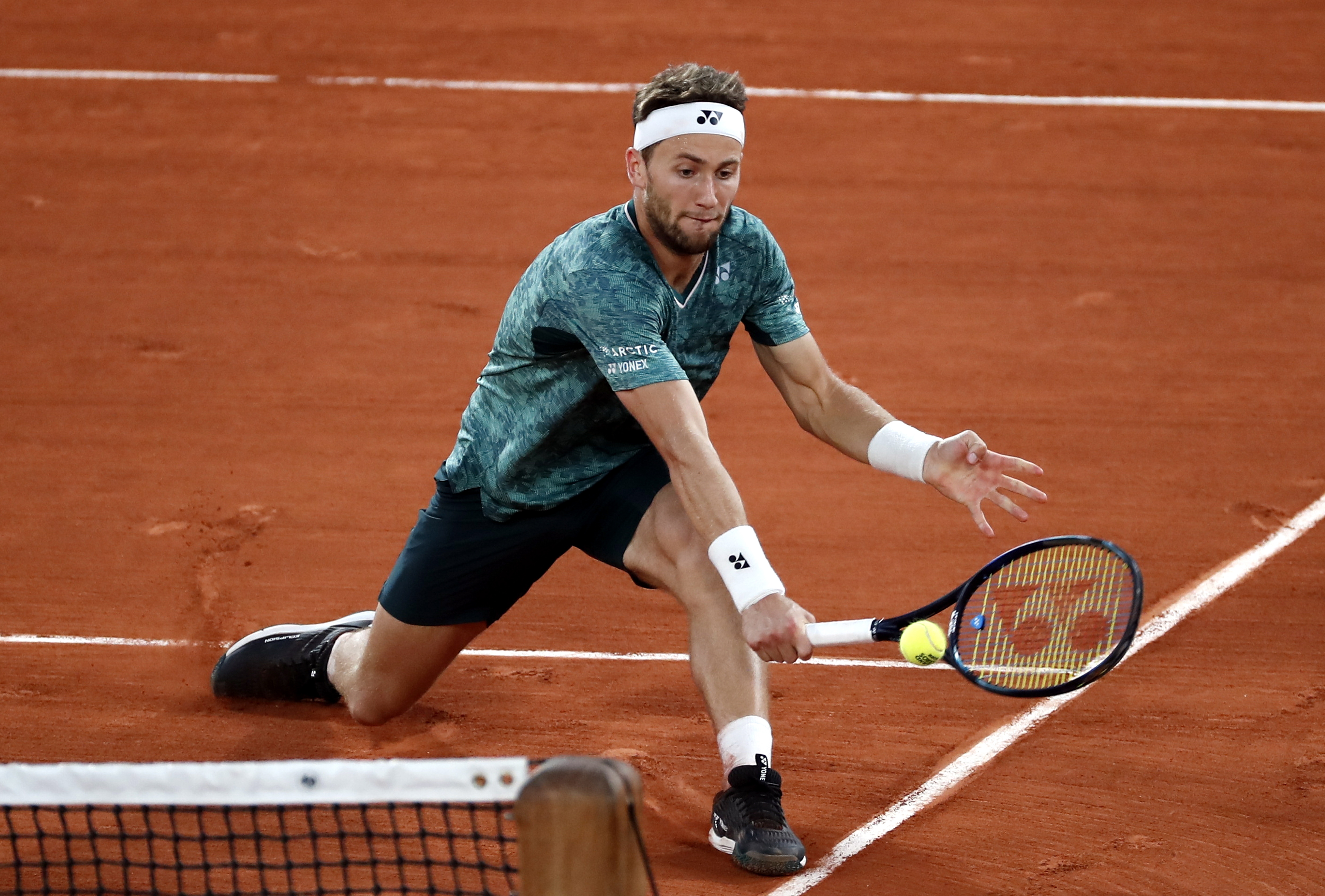 After what happened last week in Paris, when Liverpool fans put the forces of order in check around the Saint-Denis stadium, at the gates of the Champions League final against Real Madrid, the center court Roland Garros yesterday hosted another episode that generates blush in France. It happened in the second men’s semifinal, before Casper Ruud beat Marin Cilic (3-6, 6-4, 6-2 and 6-2, after 2h 55m) and certified access to the final. His first grand final.

The scoreboard reflected 4-1 in favor of Ruud and a couple of points had been disputed from the sixth game when a spontaneous managed to jump into the sand and hooked into the net thanks to a bridle. “We have 1028 days left,” the environmentalist wore on the shirt. Quickly, the security members surrounded the two tennis players and they retired to the locker room. His action interrupted the game for a quarter of an hour, which had started in favor of the Croatian veteran and finally fell to the Norwegian’s side.

Ruud, a 23-year-old young man who without making too much noise has been sneaking in among the strongest on the circuit, imposed his good work and carved out a niche for himself on the big day. In the same way, he is placing Norway on the tennis map, already becoming the first player from his country to go so far in a major tournament, after being the first to lift an ATP title – he has eight, two this season; Buenos Aires and Geneva– and the first to appear among the top ten on the list.

His ascension is not accidental, nor is the fact that this first knock with a true echo occurs in Paris. Clay is their habitat. In fact, he is the player who has recorded the most wins (65), titles (7) and finals (8) in the last two courses on clay. The Rafa Nadal Academy boasts of this, the training center promoted by the Spaniard in his hometown. Ruud joined it four years ago, 2018, and there he has been infected by the work ethic and instinct earthling that of the Balearic

“It will be a special moment, because Rafa has been my idol throughout my life. I guess this is the perfect time to play in a Grand Slam final for the first time. At least he is facing a student from his academy, so I hope it will be fun”, the Nordic joked yesterday, after imposing logic against a rival, Cilic – 33 years old, 23rd in the world and champion of the US Open 2014, also a finalist in Wimbledon (2017) and the Australian Open (2018)–, which kept his pulse until he began to feel the lack of gasoline and the fuses blew.

Nadal defines him as a methodical and exemplary student. He took him into the academy when he was ranked 143rd in the ATP and watches with pleasure as the Norwegian (right-handed, strong, two-handed backhand) has worked his way up the pro circuit. “He is a very humble boy, always willing to learn. And I think that we have helped him, ”says the Spaniard. “And I’ve always said: I like to see good people achieve their dreams. He and his family are very good people. I have a lot of respect for him.”

Also Read  Sergio García: “Fighting is the only thing left for me” | Sports | The USA Print

Born in Oslo, he is managed by his father Christian, a former professional tennis player. He likes to play golf, watch ice hockey and Thai food. From a technical point of view, he stands out for his orderly game and for having the patience to work out the points. This year he has already played the final of the Miami Masters 1000, in which he lost against Carlos Alcaraz, and until now he had not managed to get past the third round at Roland Garros. In the big ones, his best record responds precisely to this season, having progressed to the round of 16 at the Australian Open.