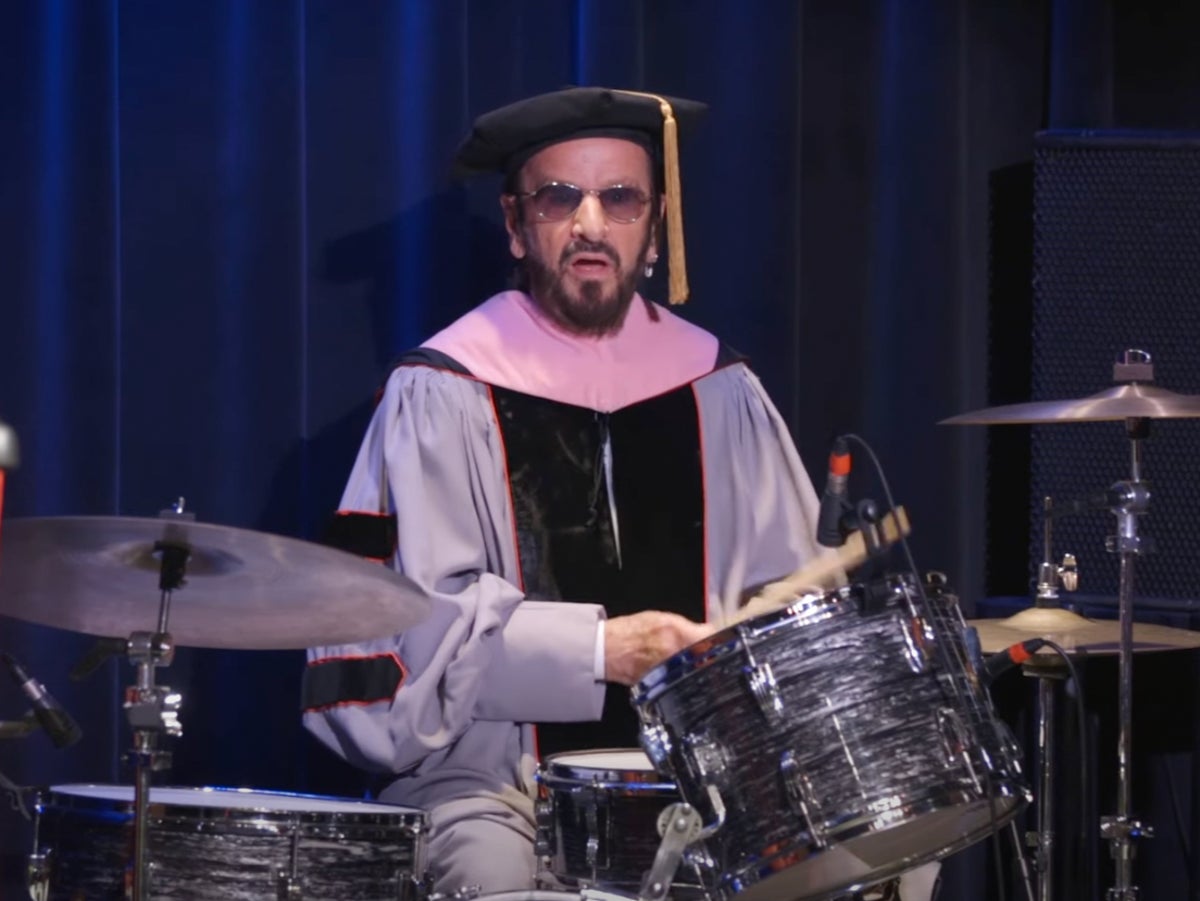 Ringo Starr was invested honorary doctor cause by the Berklee College of Music at a special ceremony held on Thursday (June 2).

In his speech, the Beatles drummer gave graduates a light-hearted take on his performance.

“You know, I just hit them. That’s all I do,” Starr said. “I only hit the damned. And it seems like I hit them in the right place.”

Starr, who was unable to attend the university’s main commencement ceremony last month, recounted his personal history with the drums, which he began playing as a child recovering from tuberculosis in hospital.

Once a month, a local worker brought instruments for the children. Starr recalled that he would refuse to play unless he was allowed to use the little drums.

“The idea that I’m a doctor blows my mind,” Starr said, reflecting on the distance he’s come since he first dreamed of being a drummer at age 13. His first performances were playing with his friends in the basement of the Liverpool factory where he also worked.

At one point, Starr sat behind the drums in his cap and gown to tell a few anecdotes about his days as a drum teacher. Starr also described Berklee’s distinction as “a strange fairy tale.”