Richard M.: A businessman arrested for helping a sanctioned Russian tycoon keep his megayacht in Palma | Spain | The USA Print 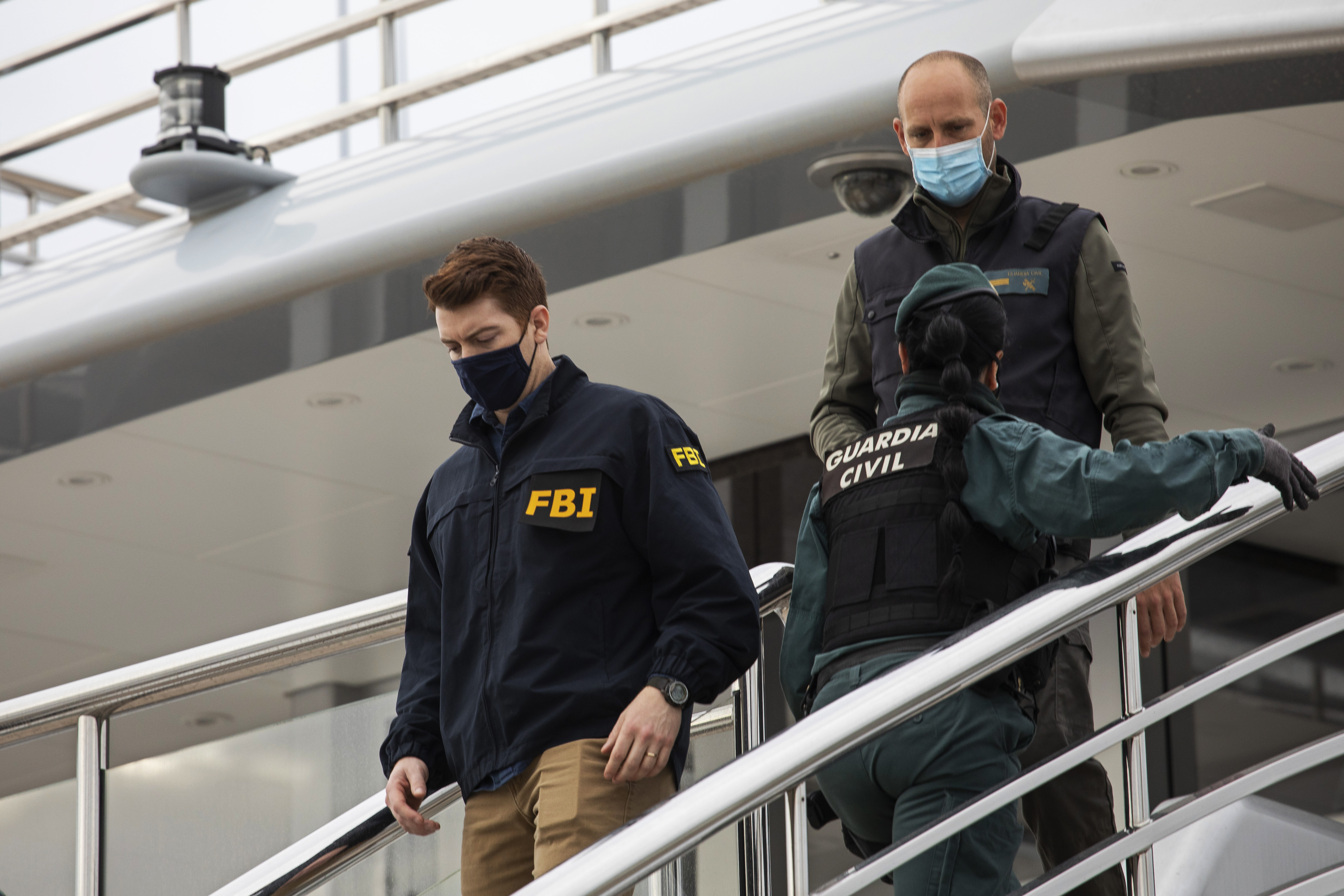 The Civil Guard has arrested, at the request of the FBI, the British citizen Richard M., accused of having violated the sanctions imposed on Russia as a result of the war in Ukraine, for having helped the oligarch Víktor Vekselberg to keep and enjoy the megayacht Tango, moored next to the Club Náutico de Palma. The arrested man, who owns a well-known luxury yacht management company in Palma, allegedly committed crimes of “fraud and money laundering” and is being investigated for maneuvering to hide the true ownership of the boat, valued at 83 million euros, so that the family of the Russian communications and energy magnate could continue to enjoy it and so that the detainee could continue to earn money. Investigators estimate that the detainee and his company earned more than 800,000 euros for the administration of the yacht, which he gave a false name in his company documentation. he called it fantasy.

On March 11, the United States included in its list of sanctions the Russian oligarch Víktor Vekselberg, owner of the Renova group, a conglomerate with interests in different sectors such as aluminum, energy or telecommunications. The United States already sanctioned the Russian conglomerate in April 2018, immobilizing more than 1.5 billion euros in assets to punish the Kremlin for its alleged interference in the 2016 US elections. As a result, in April, the ship was searched by guards civilians and FBI agents, where documentation was seized to try to clarify the true ownership of the ship.

The United States Department of Justice considers that the arrested “devised a plan to use a false name for the yacht, fantasyin order to hide from financial institutions that the US dollar payments were ultimately for the benefit of [la embarcación] Tango and Vekselberg”, according to a statement from this organization. The businessman is also accused of advising and allowing the ship’s employees to continue doing business with numerous US companies, using various solutions to avoid sanctions, such as payments in other currencies or through third parties. Among the contracted services, they cite Internet services, weather forecasts, luxury items, computer systems, or teleconference programs, all supplied by US companies and which, according to the investigation, allowed the vessel to continue operating as a luxury good at the disposal of the tycoon with “hundreds of thousands of illegally obtained US dollars”.

Now, the United States authorities accuse Masters of the crimes of fraud, and of “violation of the Law of International Emergency Economic Powers of the United States and money laundering”, the norm by which sanctions have been imposed on people physical and legal of Russian origin. The British citizen, who was arrested at the Barajas airport (Madrid) and is already released with precautionary measures, allegedly continued to operate with the megayacht Tangoknowing that it belonged to Vekselberg and that “a ban on operations in markets and with US financial and commercial entities” hangs over him.

The FBI believes that Richard M. provided services “oriented to satisfy the personal needs of the owner and users of the yacht with knowledge of the existence of the sanctions and prohibitions.” Even, says the Civil Guard in a press release, “he designated the yacht with a pseudonym so as not to arouse suspicion”, so that where he should put Tango it was called fantasy.

In this way, he provided services and goods to the yacht itself, to its owner and its users (mainly his family), for a value of 485,149.03 US dollars, according to US authorities, data echoed by the Civil Guard. . This calculates that the company of the arrested (Master Yachts Consultancy) earned about 800,000 euros with the administration of the yacht. The National Court released Masters on Sunday, although it withdrew his passport as a precautionary measure while his extradition to the United States is being resolved.

What affects the most is what happens closer. To not miss anything, subscribe.

Also Read  Man from the hole: Brazil's loneliest Indian dies and with him his tribe disappears | Society | The USA Print

Vekselberg is an aluminum magnate and is the fourth richest man, according to the magazine Forbes, with 9,300 million euros. the mega yacht Tango, valued at around 83 million euros, anchors in Palma. It is a 78-meter-long vessel with the capacity to accommodate 36 people, including crew and guests, since it has 18 cabins. She was built in the year 2011 by the Feadship shipyards. The annual maintenance cost exceeds 10 million euros and it is flagged in the Cook Islands, located in the South Pacific Ocean, between Hawaii and New Zealand. There it is registered in the name of a company based in the British Virgin Islands, which in turn is managed by companies from Panama, all following a complex financial and corporate plot to hide the true ownership of the owner.

Previous article
A cold front is approaching Miami. Find out what the experts say | The USA Print
Next article
Yellen: It is crucial to address Zambia’s debt issue with China | The USA Print
The USA PrintMagazine For all
Facebook
Instagram
Twitter