Refugees: The immense country of those who fled with what they were wearing | future planet | The USA Print 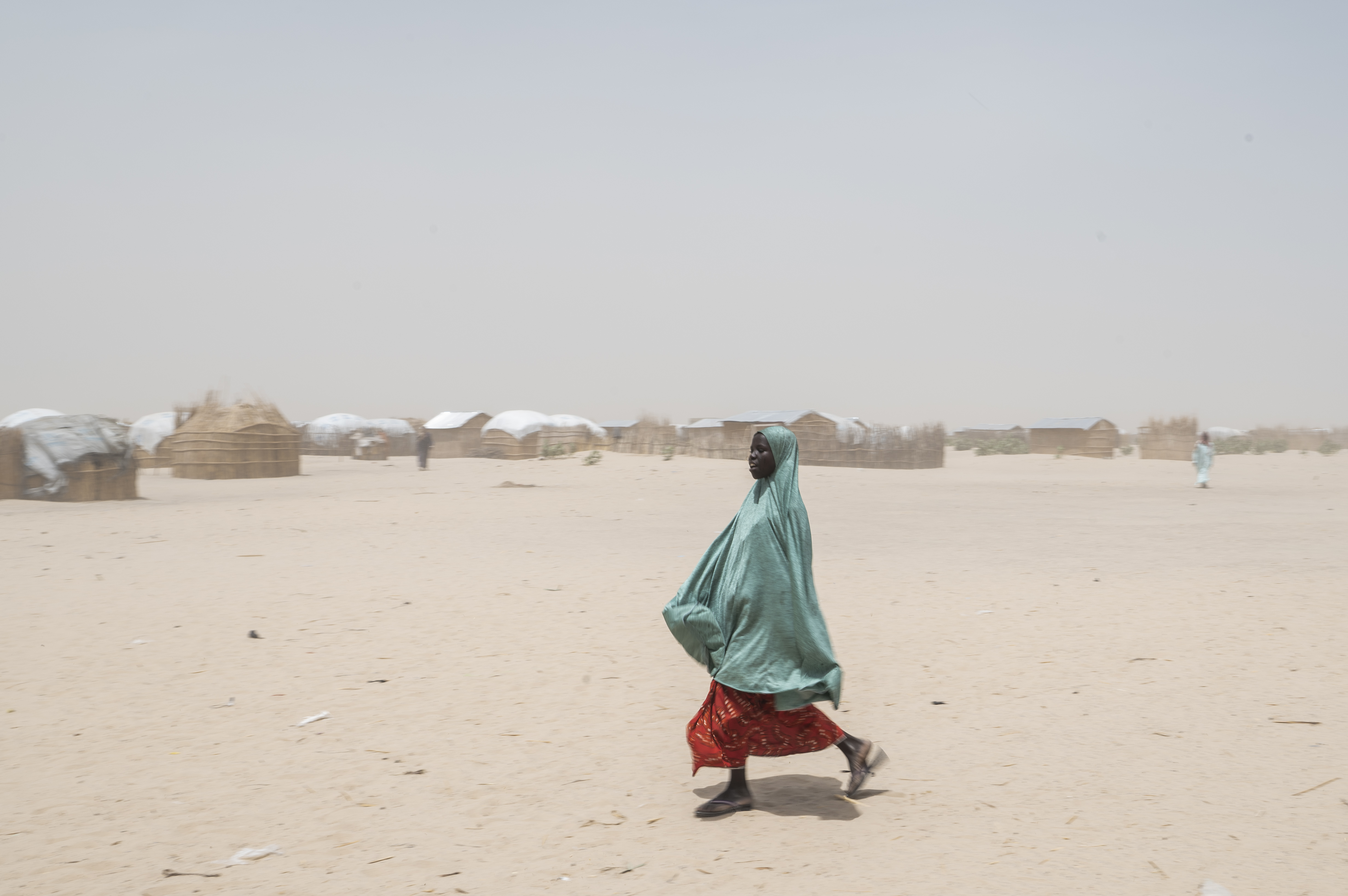 Farmer Blama Koumbo fled the fertile shores of Lake Chad six and a half years ago to find refuge in this dry patch of Fourkoulom swept by a hot wind that barely fazes the bushes that dot the landscape. “In addition to the land, I was engaged in small business and fishing and had a few animals. But I lost everything, ”he assures bitterly. The terrorist group Boko Haram razed his town to the ground and he had no other options. Some 30,000 people live in this makeshift settlement and wait each month for the arrival of humanitarian aid that will allow them to spend another month. A war that hasn’t made headlines in a while, but as devastating as any, forced them to flee. From the first minute they dream of an impossible comeback.

Plastic tents and mud and straw huts erected with the help of international organizations have become the home of a million people in Chad, people fleeing conflicts and climatic impacts such as droughts and floods both in the interior of the country as well as in its troubled neighbours. To the south, the war in the Central African Republic; to the east, the problem of Sudanese Darfur; to the west, the jihadism of Boko Haram and the Islamic State that is shaking Nigeria and Cameroon. And the numbers are increasing. In the world there are already 100 million people who left behind their homes forced by similar crises, according to the United Nations Agency for Refugees (Acnur), compared to 82.4 million last year. A huge country on the move.

In Amma, next to Lake Chad, teacher Atchoumgue Sagorzou fights his way through the more than 200 children who come to his class every day. Funding from the European Union Humanitarian Agency (ECHO) has made it possible to build these classrooms in the middle of nowhere, but conditions are harsh. “I hardly know many of them, their faces are familiar to me, but it is impossible for me to learn the names of all of them,” says Sagorzou while a little boy recites the lesson on the blackboard, the only piece of furniture in the entire classroom. Outside, in almost 50-degree heat, less fortunate children run the pump to draw water from the well and carry the jugs back to their mud-and-straw hut. This settlement is home to some 25,000 internally displaced persons who fled jihadist violence.

Under the palm trees of Kalambari, half an hour away from N’Djamena, the Chadian capital, the reasons are different, but the result is the same. Last August, an inter-community conflict broke out in neighboring Cameroon, where Boko Haram also strikes, between fishermen and herders competing for increasingly scarce resources, and some 60,000 people fled in two waves to Chad. The rainy season is approaching and everyone fears that extreme events will once again make life impossible for these climate refugees. Miriam Oumarou has two girls, Hawa and Amne, and a rug on which they all sleep. “Our house and our belongings were blown up like smoke,” she insists.

“One hundred million refugees and displaced persons is an astonishing figure,” says Filippo Grandi, head of UNHCR, who has called for immediate action. While the international community has turned to meet the needs of the population fleeing the war in Ukraine, the funds needed to deal with humanitarian aid from the conflicts in Africa are decreasing. Last October, food rations for the displaced population in Chad had to be cut in half. “The international response to people fleeing the war in Ukraine has been overwhelmingly positive,” says Grandi, “but we need a similar mobilization for all crises in the world, although humanitarian aid is a palliative, not a cure and the only The answers are peace and stability.

A displaced person is in the same situation of vulnerability as a refugee, the only difference is that they have not crossed any border. According to the global report of the Internal Displacement Monitoring Center (IDMC), the number of displaced people in the world reached 59.1 million at the end of 2021 compared to 55 million the previous year. There have never been so many and the conflicts in Ethiopia, Afghanistan, Syria, the Sahel or the Democratic Republic of the Congo are at the origin of this record. All of them are now threatened, in addition, by the rise in prices of basic food as a result of the conflict in Europe: the rates of child malnutrition are already skyrocketing.

“The current situation is dizzyingly worse, even than this historical data suggests, since it does not include the almost eight million people who have been forced to flee the war in Ukraine. World leaders must make a titanic effort to prevent and resolve conflicts and end this escalation of human suffering,” says Jan Egeland, Secretary General of the Norwegian Refugee Council. Sub-Saharan Africa was the most affected region, with more than five million displacements recorded in Ethiopia alone, the highest figure for a single country.

“Protracted displacement can never be resolved without creating sustainable conditions for IDPs to return home, integrate locally or resettle elsewhere,” says IDMC Director Alexandra Bilak. “To resolve the underlying factors that hold displaced people in limbo, peacebuilding and development initiatives are needed.” In Burkina Faso alone, a country of some 16 million inhabitants, the figure of two million internally displaced persons has already been reached.

Previous article
Along the Pantanos Route: water, forests and winding roads in the unknown Palentina Mountain | The traveler | The USA Print
Next article
Barcelona: Dua Lipa: to dance until the end of days | Catalonia | The USA Print