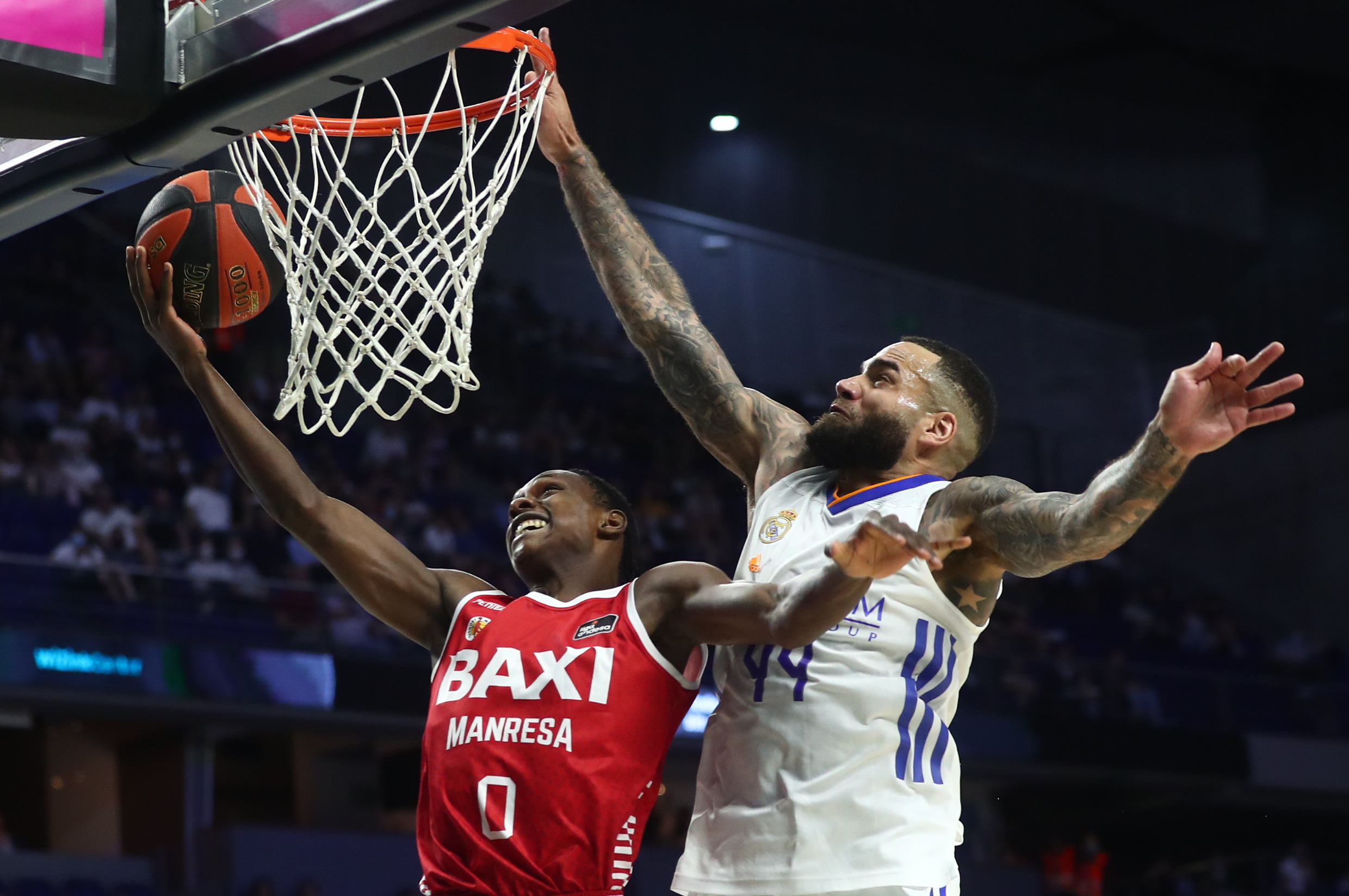 Real Madrid did not present any symptoms of post-Final Four depression. With a professional performance, and the players very focused on the last objective of the season, Pablo Laso’s team did not give their fans any reason for doubt, and hardly any hope for the surprising Manresa whom their coach, Pedro Martínez, defined as an “anomaly” in an interview with EL PAÍS. He did not want Madrid for the Wizink Center match to be. The first assault was for the whites and now the pressure is shifting to Manresa. Saturday’s Congost clash can decide.

Real Madrid played intelligently. He pressed at first to get a distance difficult for Manresa to counteract, and then he saved. He put the economy mode, managed his advantage and achieved his goal. Without dismounting after a blow as hard as the one in the final in Belgrade.

The rebound decided the first quarter for a Real Madrid that showed no signs of decay after the Euroleague final. The power of Poirier, who herded eight balls, four in defense and another as many in attack, dominated the area against a Manresa team who spent the first ten minutes shooting and shooting. With a low success rate, Pedro Martínez’s team opted for quantity over quality, so shot by shot, they managed to close the first quarter not too far behind Madrid.

However, the second quarter was filled with errors from Manresa, especially in the shot. The applicants left to reflect at halftime with twelve hits from 42 field goal attempts. A very poor 33% percentage in shots of two, and 20% in triples. With those numbers, and a greater concentration of Pablo Laso’s team, Madrid ate them up, and at the break they were already winning by 19 points (48-29). With the contribution of Yabusele, Poirier and Causeur, the French trio, the madridistas managed to open an almost unaffordable gap for Manresa.

Also Read  Real Madrid: Ancelotti to Valverde: “If you don't score 10 goals, I'll tear up my card and retire” | Sports | The USA Print

The story was similar in the second half, because although Real Madrid lowered the piston with such a clear difference, Manresa was not able to give the necessary rush to tighten the score. It was always played at the pace set by the Madrid team, which made more errors in the third quarter, but did not give up the initiative despite the 2-8 run, supported by a pair of three-pointers by veteran Rafa Martínez, who with his first hit He became the fourth highest triple jumper in the history of the ACB.

Despite everything, Manresa redeemed themselves from their mistakes in the last two sets, because instead of letting go, they wanted to deal with Real Madrid face to face, so the match was even. The Manresans were more successful with their shots, Laso’s team took a small step back and in a few minutes the game turned into a street runner, in which the Madrid coach gave minutes to Juan Núñez, who even cheered up with a three-pointer.

“The match was decided in the first half”, Pedro Martínez pointed out at the end, “so we have to think about Saturday, because if not, the season will end”. For Laso, “starting the series with victory is very important, and in the first part we set the pace. Then we have saved efforts”.