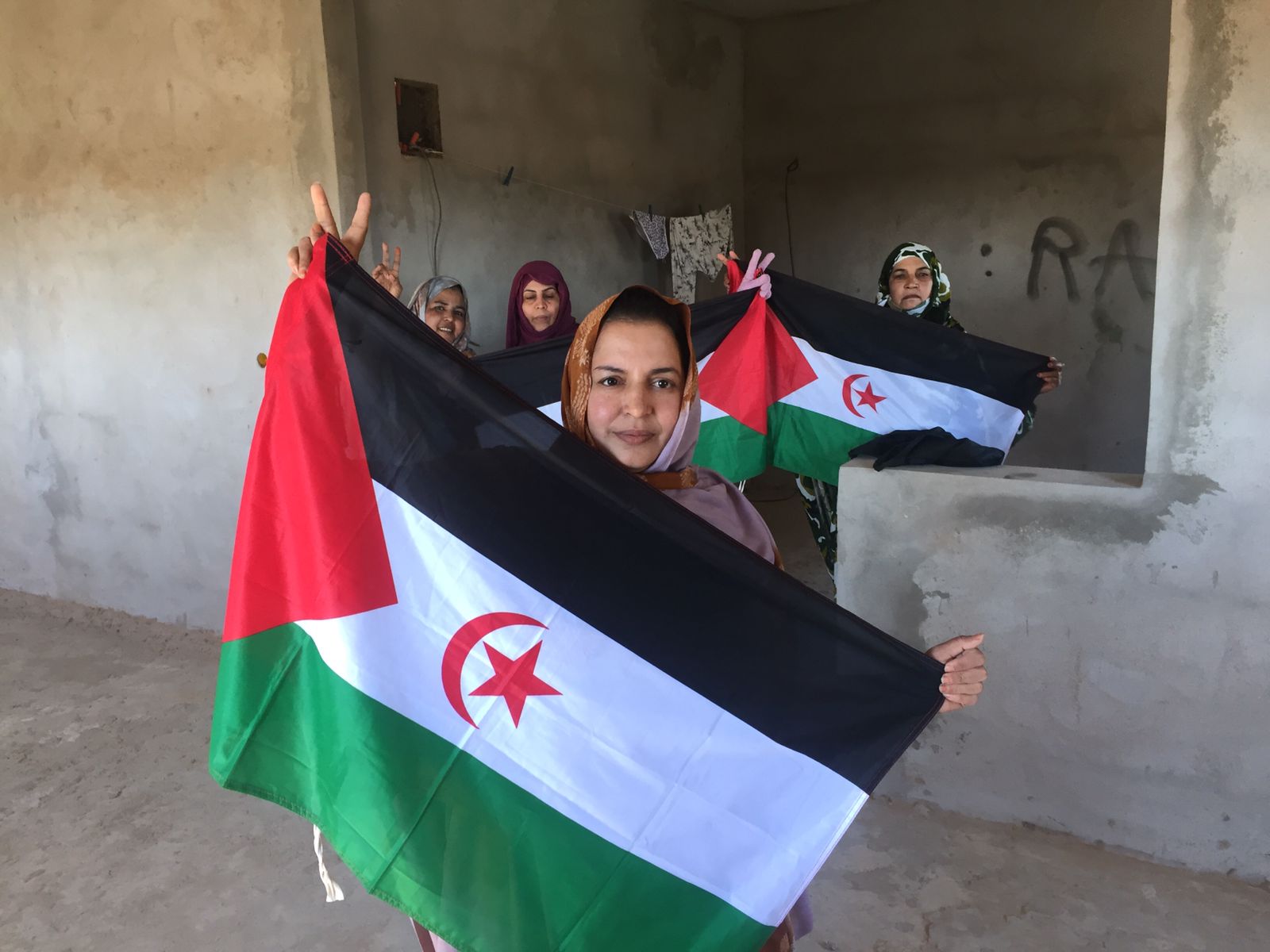 Sultana Jaya, the 41-year-old activist who became the great symbol of the Polisario Front’s resistance in the Moroccan-controlled territories of Western Sahara last year, traveled this Wednesday from El Aaiún to Las Palmas de Gran Canaria. From there she plans to fly this Friday, June 3, to Alicante to receive medical attention. Jaya denounced having suffered a police “siege” for more than a year and a half at her house in the city of Bojador, with a population of 30,000. The fence and surveillance around her home —which the Moroccan authorities deny— began, according to Jaya, on November 19, 2020, five days after the Polisario Front decreed the breaking of the ceasefire signed since 1991 before the UN.

For the past 18 months, Jaya used to go up every afternoon with her sister Elwara, 48, to the roof of the house to wave the Polisario Front flag, which is banned in Morocco. Later, they spread the scene on social networks. The surveillance and the fence that Jaya denounced on her house was broken on March 16, when two American militants from the Human Rights Action Center (HRAC) organization circumvented the surveillance and entered the house of the Saharawi activist.

The US citizens are Ruth McDonough and a doctor who prefers to remain anonymous and introduce himself as Ali. The two foreign militants, who have lived with Jaya for eleven weeks, travel to the Canary Islands with the Saharawi activist, to later return to her country of origin. Ali indicated in a telephone conversation with this newspaper: “The Moroccan state is laying out a red carpet for us to leave. I think they are very happy that Jaya is coming out.”

Sultana Jaya and the two US activists traveled last Monday from Bojador to El Aaiun, the administrative capital of Western Sahara, located 190 kilometers to the north. They stayed in the house of the Saharawi Hassanna Douihi, 56, waiting for the plane to fly to Las Palmas de Gran Canaria.

The Moroccan authorities have always denied all of Jaya’s accusations, calling them mere “unfounded propaganda”.

Hassanna Douihi affirms, in a telephone conversation, that Jaya decided to travel to Spain after being advised by an American doctor. “Her state of health requires medical support”, she indicated, “and several Saharawi activists from different continents begged her to visit doctors in other places. She needs to have one eye checked every six months.” After a year and a half in her house, Jaya left for the first time two weeks ago to renew her passport, according to reports from her entourage. “My house,” Douihi said Tuesday, is surrounded by police. They don’t let activists in who want to visit Sultana.”

Jaya has denounced on social networks that her sister was raped by Moroccan forces with a Saharawi flag stick on May 12, 2021. And that she was raped with the fingers of several hooded “paramilitaries” on November 15 and on December 5 last year.

For his part, Mohamed Salen Saadoun, regional director of the National Human Rights Council (CNDH), an official body that maintains certain similarities with the Spanish Ombudsman, told this newspaper last March that none of Jaya’s accusations could have been verified. And he added that she could go abroad without any problem, “just like other activists do.”

Also Read  Murcia has removed this year 5,900 tons of algae from the Mar Menor, more than triple the usual | Climate and Environment | The USA Print