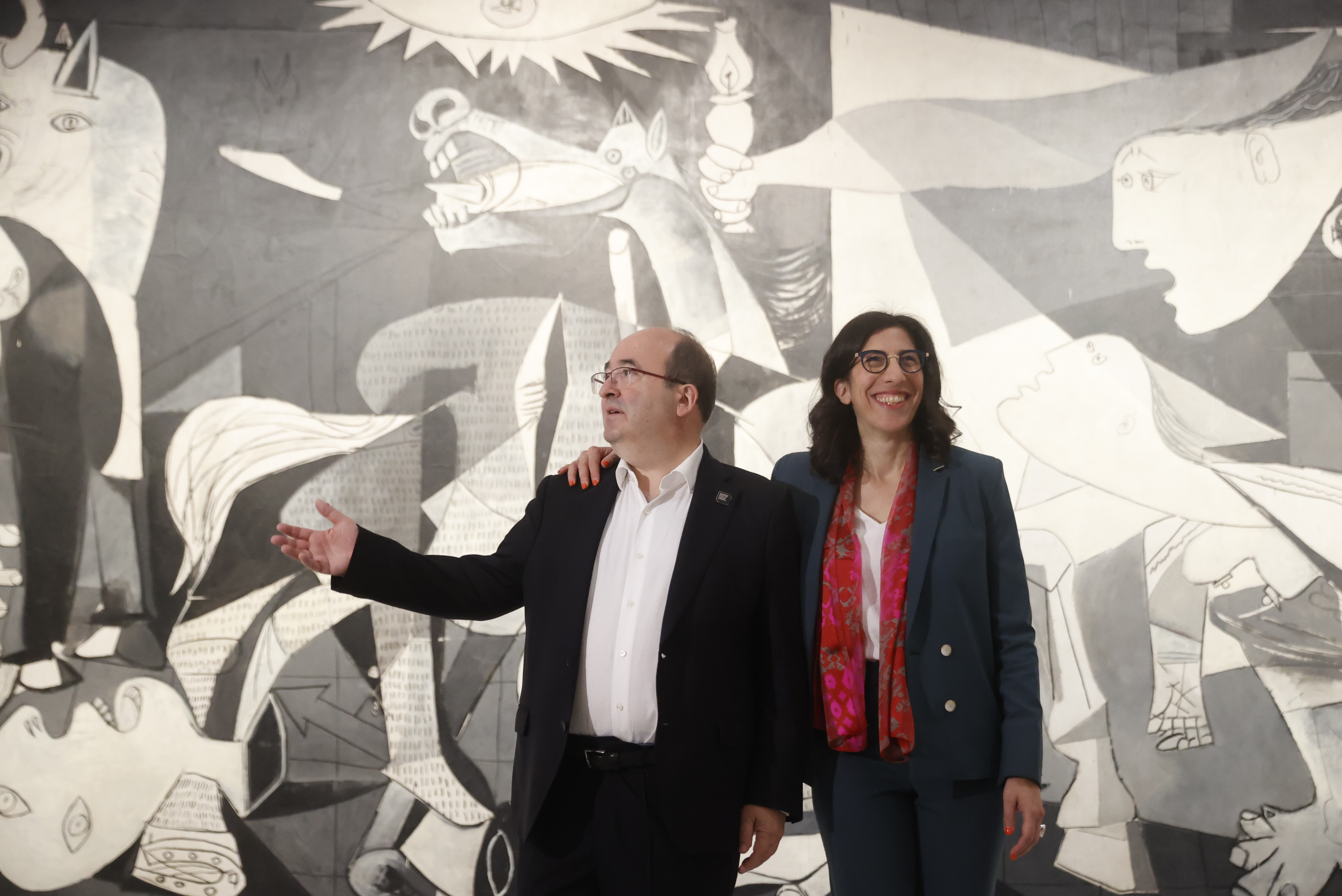 Pablo Picasso (Málaga, 1881–Mougins, France, 1973) has long been the undisputed king of the art scene. In 2018 alone, he starred in 33 exhibitions around the world and topped sales at auction houses. Now, when there is little left for half a century after his death, Spain and France have made a joint effort to celebrate his immeasurable contribution to the history of art. There will be no less than 42 major exhibitions in 38 museums in Europe and the United States and two conferences in which leading specialists from around the world will prepare a historiographical study of his work.

The program was presented early this Monday at the Reina Sofía Museum by the Ministers of Culture of Spain and France, Miquel Iceta and Rima Abdul Malak, respectively.

In the afternoon, the King and Queen and the President of the Government, Pedro Sánchez, have staged the start of the program together with two hundred long experts who have collaborated in the calendar of activities. The event was led by Paola Dominguín, the artist’s goddaughter. The guests have received an unexpected gift: the performance of various fragments of Picasso’s best-known theatrical work, The desire caught by the tail (1941), a piece written during the occupation of Paris and premiered at his studio. The assembly has been carried out by Miguel Cuerda for the company La Zona. And as an appetizer for all of this, the historian Estrella de Diego gave a lecture on the Malaga master in the Prado auditorium.

before the wall Guernica, Pablo Picasso’s most famous work, hours before, the Ministers of Culture wanted to start with a memory for the writer Javier Marías, who died on Sunday in Madrid, author of an immense work known and valued in France from its first titles, “a giant of literature”, in the words of Iceta. There were also mentions for José Guirao, the former Minister of Culture who designed the scheme of a program that his death, last July, did not allow him to conclude and that has been finished off by Carlos Alberdi.

Before getting into the matter, both ministers wanted to value the legacy of the Spanish creator. For Iceta, he is “the artist who best defines the 20th century because he represents it with all its cruelty, its violence, its passion, its excesses and its contradictions.” Rima Abdul Malak clarified that “Picasso’s work continues to exert a true fascination throughout the world, abundant, inventive and often radical. Because of his artistic strength, of course. But also because of his political strength. It never stops being reread, revisited and reinterpreted. This formidable posterity, this double culture and this work, which is still so relevant today, is what Picasso Celebration 1973-2023 it aims to explore, question and share with a new generation born in the 21st century, and allow them to discover and understand it in the light of our time”.

The program has been worked on for three years and has had a budget of 6.5 million euros, with which the 42 exhibitions and the two congresses will be financed. There is a single sponsor, Telefónica, which contributes 3.5 million euros.

Minister Iceta said that attempts have been made to prevent the works from traveling too much due to the economic and polluting cost that this entails. But the transfers will be inevitable to put together the different creative concepts with which each museum will illuminate the work of Picasso.

Bernard Ruiz-Picasso, grandson of the artist and representative of the family, confessed that he was happy with the result of the final program and explained that they, the family, lend some 200 works from their private collections. But the great collaborating entity is the Picasso Museum in Paris, which will distribute some 600 pieces in different exhibitions. Picasso is one of the few artists with several monographic museums dedicated to his work. In his case, four major ones stand out: two in France (Paris and Mougins) and two in Spain (Barcelona and Malaga). There are many others of a local nature and there is a project for a fifth major center in Aix-en-Provence that will exhibit collections owned by Catherine Hutin-Bay, the daughter of the artist’s last wife, Jacqueline Roque.

The scheduled exhibitions will not avoid any aspect of the artist’s work or his personality. Neither does the feminist controversy over his relationship with the women with whom he shared his life, which includes accusations of abuse. “As far as it is known, there was never a complaint,” Bernard Picasso responded to that question, “nor was anyone kidnapped. The parameters of his time are different from those of now, but when talking about machismo, I would like more precision”. Iceta commented that the intention is to present Picasso as he was and to celebrate his work, but not to hide some facets of his life that, in today’s light, can be contested. The French minister added that she believes a rereading of Picasso’s work is necessary, something that will be done at the Brooklyn Museum, where she will reflect on the violent part of his personality.

None of the exhibitions has an anthological character because it has been preferred to explore different facets in each one. And although he would like not to commit to pointing out any, the president of the commission believes that the one to be held at the Reina Sofía in April 2023 may be essential, PICASSO 1906: The great transformation. In Paris he cites the one that the Pompidou will dedicate to Picasso’s drawings and the intervention that the conceptual artist Sophie Calle will propose in the Picasso in Paris.

Champions League, live | The Barcelona settles in the field of the Inter | The USA Print