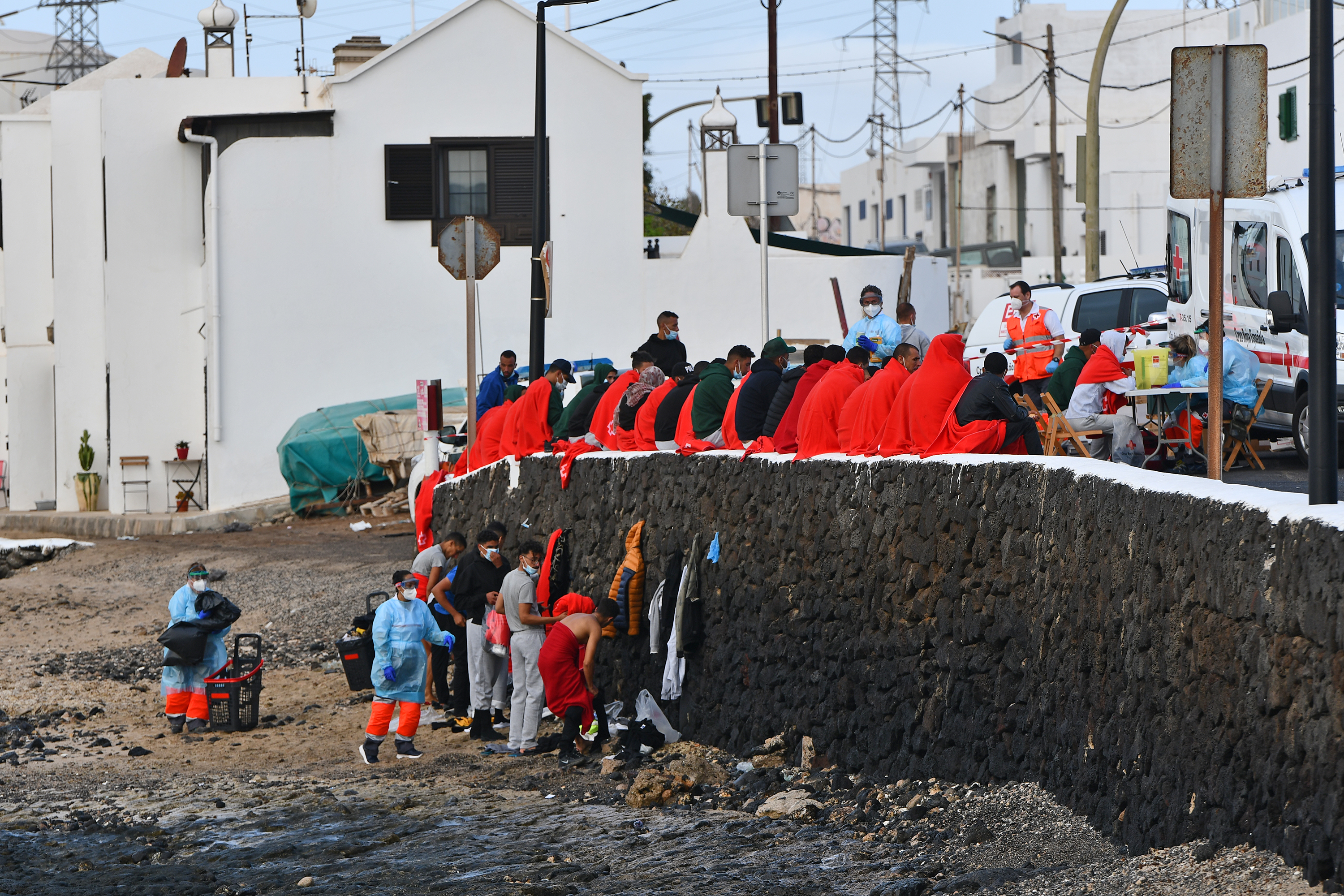 Nine non-governmental organizations have denounced in a statement that a woman of sub-Saharan origin died in the early hours of Monday by a shot by agents of the Moroccan Gendarmerie who were trying to prevent the departure of a boat, bound for the Canary Islands, from a beach located between the towns of Akfhennir and Tarfaya (in the south of Morocco, close to Western Sahara). 35 people were about to travel on the boat (29 of them sub-Saharan and six Moroccan). Among them there were, according to what the migrants have told these NGOs, 15 women and two children. Moroccan authorities have not confirmed the incident.

Helena Maleno, spokesperson for Caminando Fronteras, explained in a telephone conversation with this newspaper that, according to the testimonies she has collected, the police appeared when the migrants were inflating the pneumatic. To gain time, they threw stones at the officers, who opened fire. “This girl was hit in the chest,” says Maleno, who cites surviving witnesses. “But there are also several wounded, three of them serious with gunshot wounds to the back,” she says. The activist assures that among the injured is the 26-year-old son of the mayor of Akfhennir. In addition, she relates, several young people were hit by a car while trying to get away from the gunshots. According to the local media Bladna 24, The woman’s body is found in the morgue of the Moulay Hassan bin Al-Mehdi hospital in El Aaiún, where the wounded are also admitted.

A young Sub-Saharan woman was shot in the chest when she was trying to get on a boat. Moroccan authorities opened fire on the migrants.

“We have been able to speak with several survivors,” Maleno assured, “and everyone is in shock”. “We have never seen a police operation with such violence on a beach,” said the activist. “Our colleagues on the ground are trying to identify the dead girl, so that the relatives are informed and buried, and so that the administrations take action.”

“The use of firearms against the unarmed civilian population”, maintain the nine signatory associations in their statement, “once again shows the exponential increase in the use of force by state security forces [marroquíes] in their actions in border territory, considering migrants as a threat instead of as subjects of care and rights.

In this sense, Maleno maintains that, after the agreements between Spain and Morocco, the Atlantic route “is becoming more and more like the Libyan route, both in the departures and in the violence of the authorities and that of criminal networks.” “The situation was tough before, but since the Melilla massacre it has been a horror,” he underlines. In the early hours of June 24, 2,000 people tried to enter Spain by climbing the fences that separate the two countries, resulting in 23 African deaths and at least 200 injuries, according to official figures. “That was a sample from Morocco. And Spain and Europe not only applauded, but also increased aid to Morocco against immigration”, says Maleno.

In August, community sources announced to this newspaper that Brussels is finalizing a package of at least 500 million euros with which part of Rabat’s efforts against irregular immigration will be covered. This agreement was a sign of Morocco’s growing role as a partner not only of Spain or France, but of the entire community club. “The outsourcing of border control by the European Union and the Spanish State to the Kingdom of Morocco”, the nine signatory associations point out in this regard, “continues to aggravate the situation of extreme vulnerability in which migrants find themselves in these territories and systematically violating the fundamental right to life.” The statement is signed by the following organizations: Walking Borders, Neighborhood Coordinator, Support Association, Elin Association, Mundo en Movimiento, Karibu Association, CIEs no Madrid, CP San Carlos Borromeo and Solidarity Reception Network.