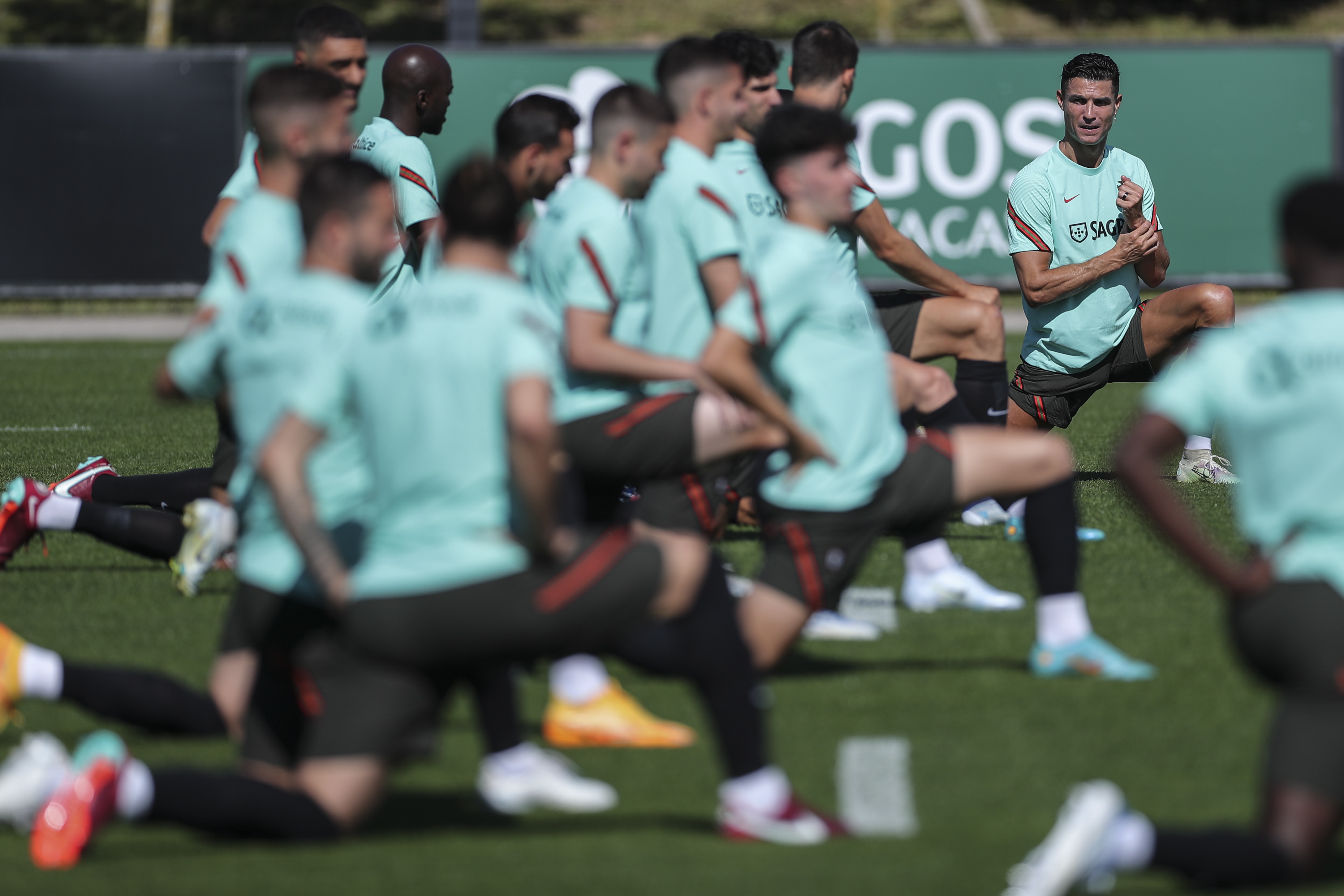 The emergence of Rafael Leao, chosen at 22 years of age as the best player in Serie A after converting 11 goals and giving 10 assists in Milan’s race to the title of Italian champion, is not a breath of fresh air in the expedition of Portugal that this Wednesday moved to Seville to face Spain in the first day of the League of Nations. On the contrary. The imposing presence of Almada’s stilt-legged athlete adds pressure to the balloon that he inflates along with Joao Félix, Bruno Fernandes and Diogo Jota in the expansion of young talents towards the feud that Cristiano Ronaldo is reluctant to share.

Cristiano’s succession is the great dilemma of the Portugal team, perhaps the team with the most human resources in Europe after France. Fernando Santos knows it well. The technical director who led Portugal to the 2016 Euro title does not know how to get Cristiano to assume a more discreet role in the plan that leads to the World Cup in Qatar next November. His warning in the run-up to the 2021 European Championship sounds like a prophecy a year later.

“Obviously Cristiano is not the same footballer that played in Madrid or that I had at Sporting, when he was 18 years old,” said the coach. “At Sporting he was a machine. He ran 20 times 50 meters per match. He came and went, came and went. He today he does neither 20, nor 10 nor five races of 50 meters. He still has the main matrix of him: enormous will, rigor, work and goals. This is intact. That’s why I want him close to the area. If he plays on the wings to get to the goal he has to turn around, get past three or four opponents, and he has to defend a lot”.

Fernando Santos insisted on placing Cristiano as nine so that he would play based on Bruno Fernandes, Jota and Bernardo Silva. He did not succeed because Cristiano refused to act as a mere finisher and ended up occupying the entire front of the attack, including the bands and the third quarter of the field. With the ball Cristiano stepped on the spaces frequented by Bernardo Silva, Jota and Bruno Fernandes, and without the ball he let his teammates run for him. So the team ended up playing according to Cristiano. Increasingly tense and stuck, Portugal was eliminated by Belgium in the round of 16 of the last European Championship (1-0) and only qualified for Qatar after an agonizing play-off with Macedonia, resolved with two goals from Bruno.

Cristiano’s drought in the last year – one goal against Ireland and two against Luxembourg – does not seem to torment him more than his teammates and his coach. When asked if Qatar would be his last World Cup, his reaction was angry: “I am the one who will decide my future. If I want to play more, I will. I rule, period”.

At 37 years old, Cristiano follows the spiritual path that Jorge Mendes marked out for him the night he won his third Ballon d’Or, when the agent walked out on the red carpet in Zurich and declared: “He will reach his peak at 40!” The player sees no reason to make room for the new generations. His companions, meanwhile, also do not understand why they should be at his service. The schism opened a year ago deepens in each concentration, as witnesses indicate. Fernando Santos, conservative by nature, tries to conduct himself with diplomatic tact in a pre-revolutionary climate.

Also Read  Joseba Arregi Erostarbe: The Nationwide Courtroom revokes the semi-liberty of the previous ETA leader 'Fiti', the fourth prisoner of the crowd to lose it in lower than a month | Spain | The US Print

This Wednesday during the press conference they asked him to define Cristiano and he gave up: “Easy! The best in the world”. But when they asked him about the virtue that he most admired in Spain, he pointed out the kind of solidarity in the effort that Portugal fails to show, so conditioned by the nine. “Spain’s best virtue is not possession,” he said, “it’s his ability to win the ball back. That’s the key to having so much possession. It will be vital. Because we are teams that don’t like to run after the ball”.

Expectation is growing around Portugal about the team that Fernando Santos will present in the Betis field. Young people wait for some sign of reform. The splendid state of mind of Leao, with the prestige that he has garnered in Milan, suggests new stimuli in the Portuguese fans. The auditors consulted in the Premier are more cautious: Leao, they warn, will always be the dispersed attacker who leads to remedy his lack of ideas, bypassed on the counter thanks to his devastating power. Said Zlatan Ibrahimovic, his tutor at Milanello, scandalized by the contemplative attitude that he spends: “I repeat that he goes to the penalty area to kill!”

Rafael Leao is not a matador. At least for now. Cristiano was, and perhaps he still is.