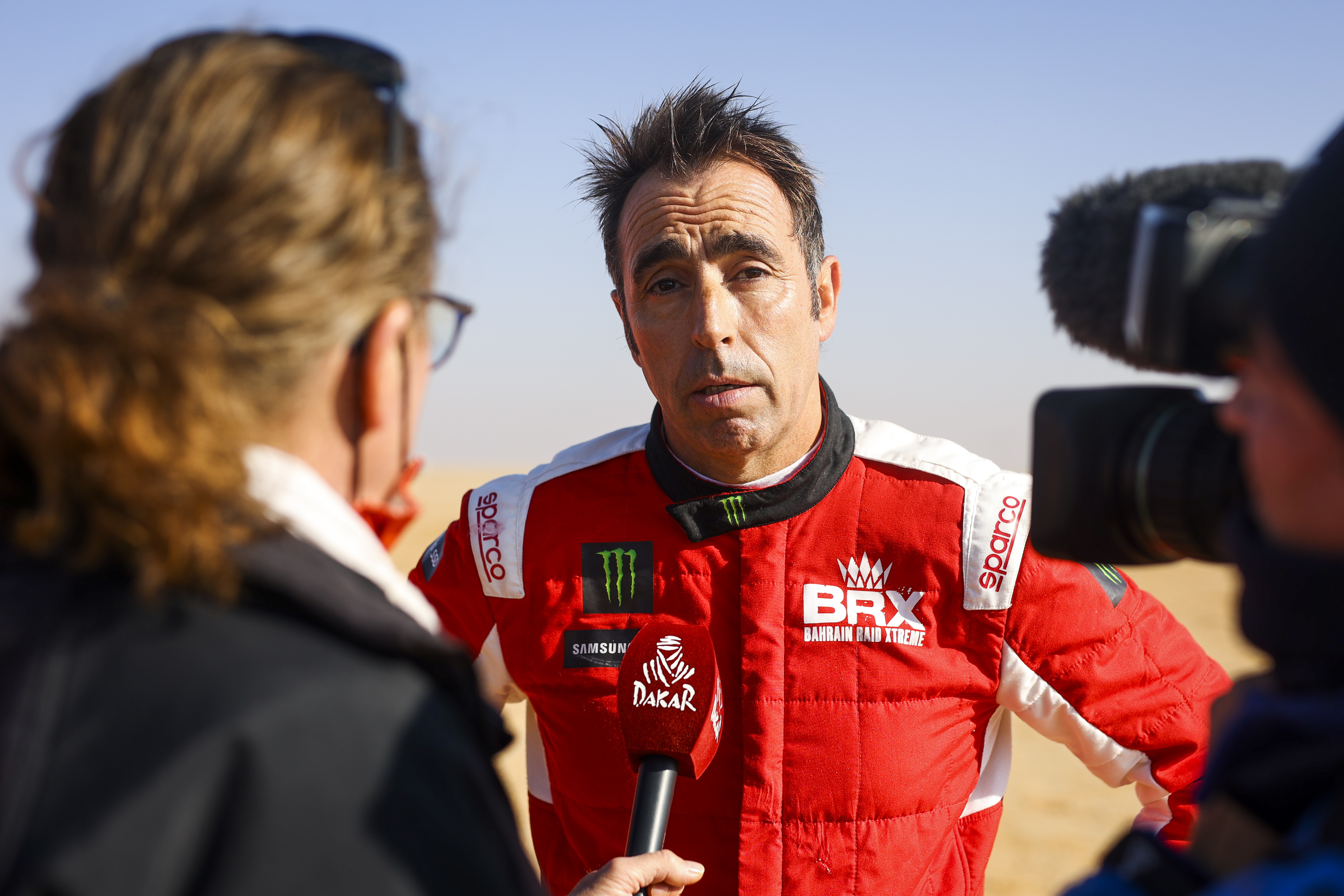 Nani Roma, one of the most illustrious names of the Dakar Rally, will miss the classic January event for the first time in 27 years, which in 2023 takes place in the desert of Saudi Arabia. After recovering satisfactorily from a malignant tumor in the bladder, detected last March, the Folgueroles driver had gotten back into the car during tests prior to the Morocco Rally. This Thursday, despite the good feelings with the Bahrain Raid Xtreme prototype, he announced his resignation from participating in the mythical test for technical reasons.

“For purely technical reasons, and due to the limited time frame remaining until the start of the race, participating is too complicated,” he explains on his social networks. “I’m recovered, I feel good and, in fact, I got back in the car and the sensations have been very good”. Despite the blow, the satisfaction of having overcome the most difficult moments of the operations and the chemotherapy sessions to eliminate the cancer outweigh the impossibility of joining the Dakar delegation.

“In every adverse situation, the motivation to compete again made me go forward, because it is my life,” Roma details. He debuted on a motorcycle in 1996, when the rally still started in Paris and ended in Dakar, a time long gone that has given way to the expansion of the event to other continents and latitudes. In 2004, with KTM, he became the first Spaniard to win the race after accumulating up to seven retirements in his first eight participations. The following year, he switched to four wheels and it took him a decade to get his second Tuareg, in 2014 at the controls of a MINI. With that victory, he became the third driver in history to have managed to win in both categories behind Hubert Auriol and Stéphane Peterhansel.

At 50 years old, the Catalan now faces a different Christmas but one that poses new challenges. While he regains his best physical shape for the 2023 season, his team will commission him to develop the Hunter Hypercar, the street model of his competition Prodrive. At the moment, there is no date for his return to official competition. “He has fought a lot during the treatment to be able to test the car again in a rally raid scenario, months earlier than expected,” said Gus Beteli, BRX team boss. “Unfortunately, it is too late in the calendar for Nani to have a car for the next Dakar.”

Roma signed for the Dubai-based structure in 2021, finishing fifth in the Dakar that same year. Last year, before the diagnosis that changed his life, he finished in a disappointing 52nd place in the rally that he will miss this winter: “I am already thinking about next season, I assure you that my Hunter and I will return to racing with looking forward to 2023! Thank you all very much for your support during these months.”