Nadal, after achieving his 14th Roland Garros: “I don’t know what will happen, but I’m going to keep trying” | Sports | The USA Print 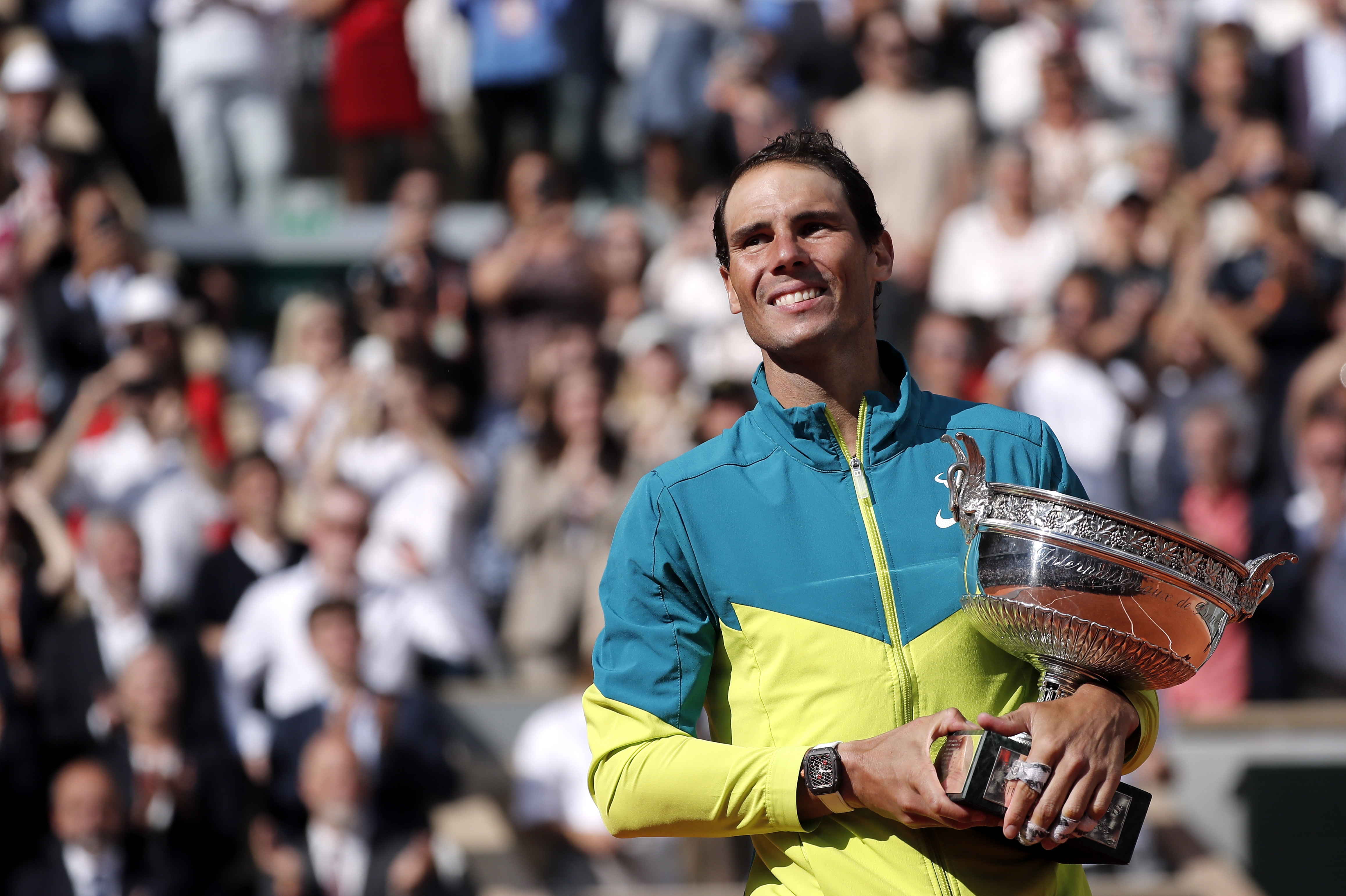 Tears, that was the first response. Given the general euphoria, Rafael Nadal looked at the stands, where his entire team was, and broke down crying inconsolably after a setback to the line that certified his fourteenth Roland Garros. Living history of tennis. Living history of sport. The Spaniard, far superior to Casper Ruud at all times (6-3, 6-3, 6-0), overwhelmed the Norwegian in a final without history to close his 22nd Grand Slam in less than two and a half hours, two more than Novak Djokovic and Roger Federer, immediate pursuers.

After a standing ovation that preceded the awarding of the title, another one, Nadal acknowledged Ruud’s great performance and thanked the presence of his entire family in the stands: “Everything that has happened to me this year is incredible… retired long ago if it weren’t for you.” Immediately afterwards, the Balearic assured before the attentive gaze of the Phillippe-Chatrier, packed by more than 15,000 spectators, that he does not know what will happen in the future, but that “he is going to keep trying”. And he added: “It is very difficult to describe what I feel. I never imagined coming back here at 36 years old and being able to be competitive once again. It means a lot to me. Thank you all”.

Also, accompanied by Mats Wilander and Barbara Schett at the microphones of eurosport, Nadal acknowledged after his feat that winning again in Paris was a surprise, even for him: “I didn’t expect it. I have been away for more than a month and a half due to foot pain. I had to play with a nerve injection that prevented me from feeling the pain. It has been very difficult”.

Also Read  Where and when to watch the Champions League: calendar and key matches from the last day of the group stage | Sports | The USA Print

Ruud, grateful to collect his first trophy as a Grand Slam finalist, congratulated Nadal after the match and recognized how difficult it is to play against him on Parisian clay: “Today I was one more victim of your game at Roland Garros. Thanks to you, your team and your family for having me for so long [en la Rafael Nadal Academy]”.

The King of Spain, Felipe VI, acknowledged after the final at the microphones of eurosport that the man from Manaco deserves this title more than anyone else: “This tournament is very special for him and he shows it in every game here in Paris. He has had a hard time with his foot, but he keeps trying. We all thank him and support him for it.”